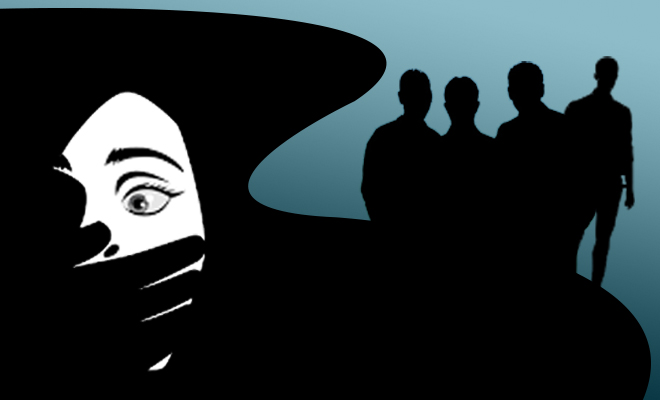 When I was watching Anushka Sharma’s NH10, I couldn’t help but cry at the cruelty in the film. And I felt a sense of satisfaction when in the end, she sat there with a cigarette in her hand and the perpetrator at her feet. But when I watched Eden Lake, the British film that inspired it, the horror I felt was next level. In that film, a couple is tortured by a bunch of teenagers. Who can imagine that at an age of innocence, people can commit crimes that are unimaginable? The sadistic criminals are getting younger and it’s alarming.

Another disturbing rape case has surfaced and this time, the rapists are four minor boys. The shameful incident happened in the Chhatarpur district of Madhya Pradesh where a 20-year-old deaf and mute woman was gang-raped by these boys. She had gone to the fields to relieve herself when she got attacked by the boys. They raped her and kept her captive for two hours. “All the four accused are minor boys and they are from the same village and the same caste the girl belongs to. One of the accused is 11-year-old, two of them 13-year-old and the fourth 14-year-old.” Gaurihar police station in charge, Sarita Burman was quoted by Hindustan Times.

It was after her family started searching for her they found her near a pond in a terrible state. The woman revealed to her parents about what happened and they filed a complaint. The accused have been arrested and confessed to the crime. She said, “The accused have confessed committing the crime. They said they committed the crime in a spur of moment. We are going to produce the accused before a juvenile justice board at the district headquarters.”

What do they even mean by “spur of moment?” These boys assumed that it’s okay to violate a woman to gratify their needs because they felt like it. A serious lack of empathy and desensitisation to another living being’s suffering to give yourself a few minutes of sadistic pleasure is what they have exhibited here. Rape culture is so widespread and treating women like sexual objects is not a big deal. They decided to spontaneously explore raping a woman like it’s a new cuisine. It’s disgusting and sick how casually these men look at wrecking a woman’s life. Oh wait, they aren’t even “men” yet; they are just boys.

ALSO READ: In Coimbatore, An 11-Year-Old Girl Was Raped By Three Minor Boys In Her Own House. The Criminal Is Getting Younger

The kind of culture these boys are exposed to, one filled with misogyny and treating women as inferiors are largely responsible for this mindset. The Bois locker room incident again highlights the problem our country is facing as the sexual offenders are getting younger and all of this is considered trivial by them. We should be alarmed by this. Few years down the line when these guys become the youth of our country, imagine the kind of horrors they will unleash into the world. Instead of making it safer for women, are we making our culture even more dangerous? I feel mandatory counselling for all children and parents can reverse this culture. If we can make a PM cares fund for coronavirus, why can’t we care for the daughters of our country?

ALSO READ: These Parents Found Out Their Son Had Raped A Woman, So They Got Him Arrested. That’s Good Parenting