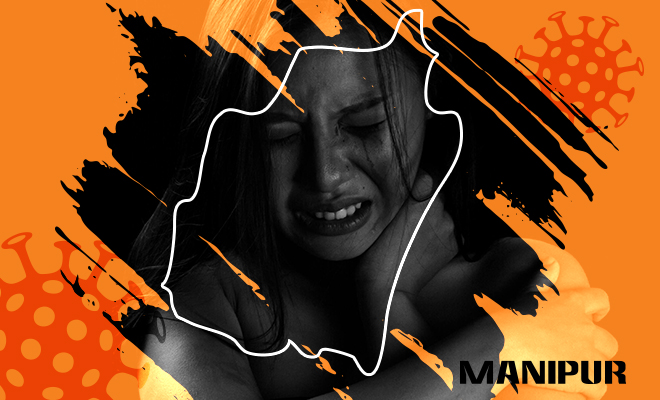 A Girl From Manipur Was Beaten Up With Sticks And Called Corona. We May Beat The Virus, But Never The Racism

It’s no secret that the world is extremely partial to people who look and talk a certain way and extremely unforgiving to those don’t meet those criteria. But here’s the thing, right now is not the time to be racist pigs since millions of people are suffering from a supervillain virus that has managed to take over the world. In India itself, we have 81,000 confirmed cases out of those, almost 2500 people have already lost their lives.

These are dire conditions we are living in, but people just don’t seem to care about that. Instead of being helpful (which is the need of the hour), they are subjecting north-eastern Indians to extreme forms of racism. It’s really messed up. I really wish someone go around telling all these racist idiots that is just so wrong.  Right now, we need positivity and hope, all this bullshit needs to stop.

However, it’s not so easy to stop this not when girls from the northeast are getting harassed regularly. A horrific case from Gurugram just came to light where a girl from Manipur was beaten up and called corona. Of course, I mean she looks Chinese so it stands to reason that she must be the coronavirus in the flesh, right? Wrong, don’t be a racist pig.

According to reports, Chong Hoi Misao, a 20-year-old girl hailing from Manipur was crossing a locality in Gurugram when she was stopped by an elderly woman who told her she can’t pass through since that was private property. The elderly woman started abusing and throwing racial slurs at Misao all so that she could stop Misao from passing the street in front of her house.

Joel, a close friend of the victim said that she was only in that locality to meet a friend and have lunch. When Misao asked the elderly woman to speak in a politer manner, the woman replied with more verbal abuse and allegedly called Misao “corona”. To this, the 20-year-old girl said that she will take this matter to the police and the woman replied saying that the police were on their side.

Also Read: This Man Got Arrested For Spitting On A Woman From Manipur And Calling Her Coronavirus. Why Are We Being Racist In These Times?

Chong Hoi Misao, a 20-year-old girl from #Manipur, was brutally attacked by some locals from Faizapur, #Haryana just for passing through the locality on, May 10.

“she was there to meet a friend and have lunch, “ said joel, a close friend of the victim.

On hearing thing altercation, the woman’s son and daughter-in-law came outside and started hitting Misao with sticks. They thrashed her badly and one of the sticks landed straight on her head rendering her unconscious.

Misao was saved by some locals who then called the police. And according to Joel, even though she was expecting justice the police simply asked her to compromise. That’s when Misao called the North East Support Centre & Helpline (NESCH). Nambu Riamei, a member of NESCH said. “We then contacted the DCP and requested to take immediate action.”

The victim was then taken into medical care and woman police officer took her statement. Riamei added, “Since it was late at night, we then took her to our safe house shelter, north of her place, as she was too scared to go back to her place.”

An FIR has been filed against that family and as of now, Misao is under medical treatment.

For the life of me, I can’t understand why people are being racist in times like these? The cases of racism against north-easterners have gone drastically up in the months we have been battling corona. People just don’t seem to be understand that the only way we are getting out of this is if we (as a whole country) work together.

Ostracising and being racist towards people of our own country because you think they look Chinese is not helping anyone in this situation. Can we at least try and be more tolerant? And for the love of God, leave these people alone.

Posters In Hyderabad Say That If You Talk To Or Have Sex With Transgender People, You Will Get Coronavirus. This Pandemic Is Bringing Out Our Ugly Side