A Anandavalli Became The President Of Pathanapuram Block Panchayat Where She Had Worked As A Sweeper For 10 Years. This Is Encouraging! 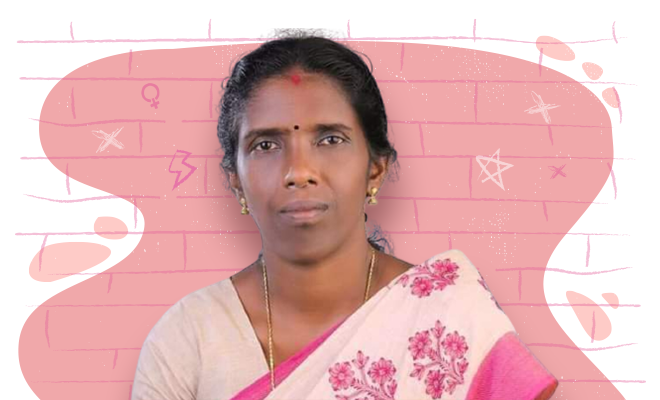 There used to be a time or as many would say still is, when power would be passed on in the hands of only those who had either enough money, contacts or lineage at their disposal. Fair elections where tickets and seats weren’t bought or carefully manipulated became a distant dream as corrupt individuals grabbed political seats they didn’t deserve. But seems like, in these past few months, the narrative is shifting towards a more balanced and fair standpoint. Especially as young, promising and unexpected talent is getting a chance to claim a political responsibility and change the world.

A Anandavalli, a 46-year-old woman from Pathanapuram in south Kerala’s Kollam district, who has been recently elected as the block panchayat president is proof of this very change we are talking about. Having served as a sweeper for the panchayat office for close to 10 years, A Anandavalli never imagined that she’d be considered to assume such an important role in her life.

Elected on a Communist Party of India (Marxist) ticket in the recently concluded local body election, Anandavalli was summoned as the block president. She won the recent local body election from Thalavoor division by 654 votes. The fact that potential is being recognised and acknowledged regardless of the role one assumed prior to that, is a step towards a rather progressive India.

Also Read : Arya Rajendran Becomes The Youngest Mayor In India At The Age Of 21

CPM candidate Anandavalli becomes the president of Pathanapuram block panchayat in kerala where she worked as a sweeper for 10 years❤️❤️❤️❤️ pic.twitter.com/hmdAJlani5

The Dalit woman, who if this were happening a few decades ago would be shunned to a corner considering the prevalent class discrimination, was elevated to a position of power, based solely on her potential. And we couldn’t be more proud of the change in people’s mindset.

She said, “Only my party can do such things. I am really indebted to it,” unable to contain her gratitude. Turns out, Anandavalli had dropped out of school and came from a family that were staunch Marxist supporters. She joined as a part-time sweeper with a salary of Rs. 2000 in 2011 and now in 2020, she finds herself drawing a salary of Rs. 6000 along with a new role to prove her worth in.

“I was a bit nervous. But my party leaders and well wishers prodded me to take up the new responsibility. I will do my best to make by block panchayat a role model,” says Anandavalli. She also went on to say, “My responsibility is heavy now. I will work hard to make life better for all people in my block.” And we have no doubt on that!

Also Read : Meet Ayesha Aziz Is The Youngest Pilot Of India At Just 16 Years Of Age. She Is An Inspiration To All Of Us!