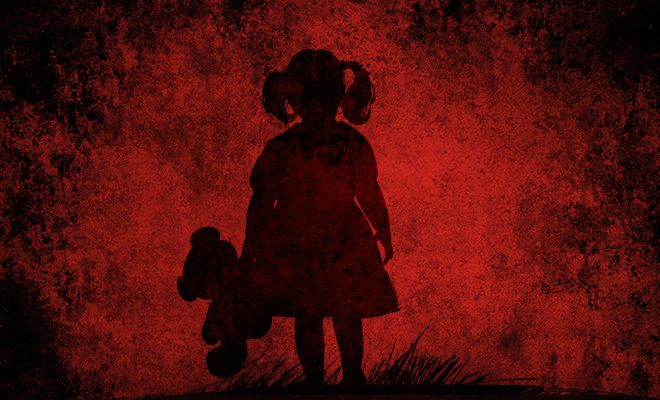 A 9-Year-Old Girl In Unnao Was Raped, Had Her Intestines Ruptured And Was Killed On The Day Of Holi. We’ve Lost Our Humanity

Off late, I feel like there to be quite a shift in my job profile here at Hauterfly. From what once used to be about coming in to work and writing down my unabashed sentiments about what is going on in the world, and then actually getting all irate about it to now. Now I have learned. Learned to grow a thick skin to what is happening around the nation. And no guesses there, of course by that, I mean rape. Being hit by rape stories every 2 hours on the daily, you’d think there would come a point when such cases would lose the impact they might have the first time around. And though it is true to an extent, what it still does, and in the same capacity is that it worries me about my own life.

You see, after having nearly perfected the art of walking with vigilance and one eye always looking over the shoulder, all that hope and courage soon goes to hell and leaves us wondering if that is all we’ve been reduced to now – a body to rape, gut and kill. We say this after yet another incident of rape gets reported in the infamous Unnao district, of a little 9-year-old girl, who was reportedly raped, and then gutted by a man.

10th March, on the day of Holi, that might as well be termed as the national slaughter day for women, a 9-year-old girl hailing from the Shuklakhera village in Unnao, Uttar Pradesh, was found lying dead in the village, with over 2 dozen bruises and injury marks on her body. After having been spotted by a bunch of villagers in a critical condition and perhaps been given medical assistance too late,  it was revealed in the postmortem that the girl died of strangulation and excessive bleeding, after having been raped.

A nine-year-old girl who was allegedly raped and strangulated on the outskirts of her village in #Unnao district in Uttar Pradesh on March 10 succumbed to her injuries, police said. https://t.co/CxGhJ3cU42 #crimeagainstwomen

Also Read : It’s Been 7 Years Since The Gruesome Nirbhaya Rape Case, But Nothing Much Has Changed.

Jyoti Narayan, Inspector General of Police Uttar Pradesh gave her statement as she said, “A minor girl died while receiving treatment at a hospital where she was admitted after being allegedly raped in Bihar police station limits on March 10. An FIR has been registered, an investigation is being done.” Further to this, the family of the deceased victim at first refused to claim the body unless they saw the culprit hanged or shot to death, like that in Telangana.

And in all fairness, we don’t blame them. After being assured that the matter would be looked into by some senior government officers, including district magistrate Ravindra Singh, the family finally conducted the last rites for their daughter. And just like that, we lost another innocent life and most of our hope.

Women are no longer just raped, and the fact that we have started to precede rape with ‘just’, is pretty telling of how common an occurrence it has now become. Women are now raped in day light, beaten up, and then killed in the most gruesome ways, and no matter how many movies we make, rallies we host, until and unless the government realises that the measures need to be stricter, that the laws need to be more stringent, nothing is ever going to change.

From politicians to priests, every one is party to this heinous crime including us women, who think it is okay to quieten our cries  so we don’t upset the status quo. Before this, it was MLA Kuldeep Senger accused of raping a minor in 2017 and even killing the victim’s father (Sengar is already serving life imprisonment for account of rape, and has now been sentenced to 10 years in prison after being found guilty of culpable homicide not amounting to murdeer of victim’s father). After that, it was 5 men who raped, beat and burnt a 23-year-old woman alive in Unnao, while she begged for her life.

The culprit at present lurks on the loose for he is yet to be identified, but word is that with DNA tests being conducted from the strands of hair and skin cells retrieved from the victim’s nails, there might be hope in catching the killer. But will that be enough in a time when convicts of the Nirbhaya Rape Case go about trying their luck? It doesn’t look promising.

Also Read : Nirbhaya Case Update: Pawan Gupta Moves The Court Claiming He Was Thrashed In Jail. This Is Another Ploy To Delay The Execution