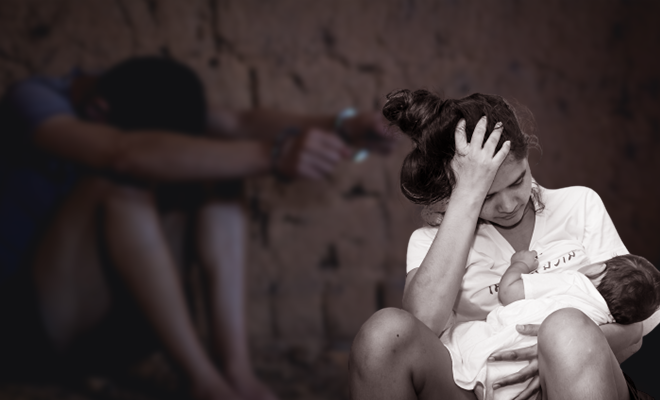 A 15-Year-Old Girl Allegedly Raped By 16-Year-Old Boy. The Incident Was Not Reported Because They Feared Social Stigma

At the age of 15 years, I was in class 9th, studying trigonometry and wondering why I am required to study it given that I see no use for it. Something that an average 15 year old teenager should be doing instead of having to go through a pregnancy and give birth to a child that was the result of a brutal rape by a fellow 16 year old boy, an incident that wasn’t even reported. The guy got her pregnant but he’s a minor himself.

In a very disturbing piece of news, a young girl of 15 years of age recently got pregnant and gave birth to a child while still being in school, and it is being suspected to be raped by a 16-year-old boy in Uttar Pradesh’s Unnao district.

The accused who lives in the same neighborhood as the girl, has allegedly raped the girl while her grandparents weren’t home and the FIR has now been lodged at the complaint of the grandfather, who admittedly refused to file a complaint earlier, succumbing social pressure. ‘Log kya kahenge‘ often comes into play in these things.

Also Read : A Special Court Has Granted Bail To A Married Man Because He Agreed To Marry The 16YO Girl He Raped And Impregnated

16-year-old boy booked for rape after girl gives birth to a child in UP's Unnao https://t.co/fRdSqlR6mt

The police has already arrested the accused 16 year old and presented him in front of juvenile justice court on Friday. An officer said that he was sent to the juvenile home after the hearing. The boy has been booked under charges of rape, criminal intimidation and under the Prevention of Children from Sexual Offences (POCSO).

Meanwhile, the police stated, “We will be going for his DNA test after consent of his parents to ascertain the reality.” It’s a shame that women still have to go through such torture and because of the stigma and victim blaming, most of the times, the families refuse to file a complaint altogether.

Also Read : 6 Boys Gang Raped A 30-Year-Old Woman In UP. They Filmed The Act And Tried To Sell The Clips