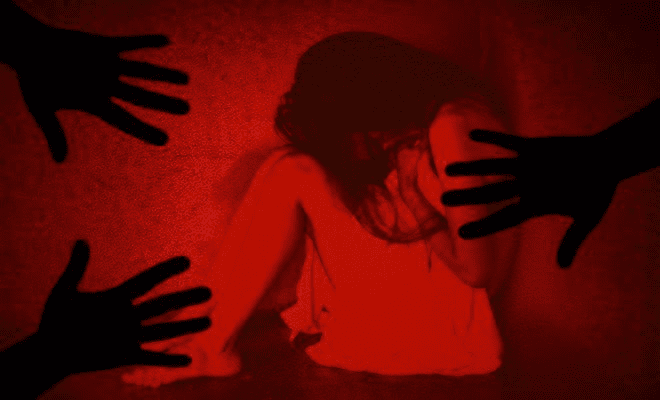 Uttar Pradesh: 13-year-old Girl Raped By Cop When She Went To The Police Station For A Rape Case Complaint

Crimes against women and children are rising every day and it is very shocking when the ones who are supposed to help the victims get justice are the perpetrators. In one such shocking incident that has taken place, a 13-year-old girl, in Uttar Pradesh, has been raped after she went to the police station to file a complaint against those who previously had raped her. It is alleged that the station house officer (SHO) raped the girl who had come to file the complaint. How horrifying is this!

According to a report by Indian Express, the 13-year-old girl belonged to the Dalit community. She had gone to the police station to file a complaint against four men who had kidnapped and gang-raped her but the SHO raped her again. The girl was allegedly kidnapped to Bhopal, Madhya Pradesh, gang-raped and then dumped back home. She has narrated her traumatic experience to the Childline team and the police have filed a complaint against those four men, the SHO and the girl’s aunt as well. The SHO has been suspended from duty.

Lalitpur’s superintendent of police Nikhil Pathak has confirmed that the girl’s aunt and two men have been arrested whereas the search is on for the other two violators. He also has said that finding out why the rape case was not filed when the victim reached the police station for the first time is also a part of their investigation. The police have said that the girl’s mother filed a complaint on April 22 saying that four men have kidnapped her daughter and taken her to Bhopal. It is reported that the men stayed in Bhopal for three days and raped the girl.

On April 26, the girl was left at the police station and her aunt was called in to take care of her. The next day, when she was called in to record her statement, her aunt took her to the SHO’s room where he raped her.

A 17-Year-Old Boy Raped And Killed A Woman And Then Sets Her Private Parts On Fire. They’re Getting Younger, And It Is Troubling