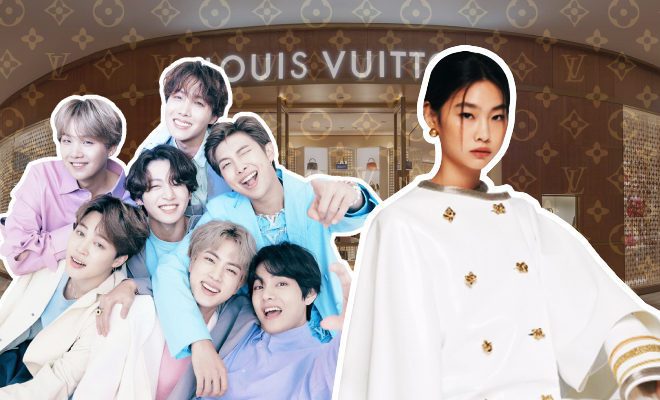 Truth be told, I’ve tried really hard to watch Korean movies and shows, but somehow I haven’t found the time. And lately, with social media buzzing about Squid Game on Netflix, I was more than tempted to watch the show, and I even watched some of it. It is a Korean survivalist drama that can truly be called a cultural reset. And more importantly, it is on its way to becoming one of the most streamed shows on Netflix ever. Don’t even get me started on the actors. Have you seen Player 067, played by actress Jung Ho-yeon? She is so talented! After conquering the acting world, she is now all set to join the BTS as the international ambassador for Louis Vuitton. And that’s quite the rare honour.

Model-turned-actor Jung Ho-yeon made her acting debut with the popular show Squid Game. Her acting skills were appreciated and acknowledged by people around the world. In fact, she became the most followed Korean actress on Instagram with around 18 million followers raking up so fast, that everyone was astonished!

Also Read: Sweet Home Review: It’s Thrilling, Scary, Emotional And Is Filled With Strong Characters. It Is A Must Watch Korean Series!

And now, the Squid Game actress, Jung Ho-yeon is all set to be the face of Louis Vuitton as their International Ambassador along with the K-pop band BTS. In fact, she is the second, and the only individual ambassador of the fashion brand. This collaboration with Louis Vuitton is even more special for her, as she modelled and walked the runway for the brand in their Spring-Summer 2017 show and the pre-Fall 2017 ready-to-wear campaign.

Jung Ho-yeon spoke about the Louis Vuitton campaign to the press and expressed her gratitude for being the ambassador for them. She said, “It’s an honour to return to the fashion house that I once modeled for. I look forward to all the moments with Louis Vuitton as a global ambassador.” In fact, Louis Vuitton’s artistic director, Nicolas Ghesquière said that it was her acting skills and her modeling talent that he fell in love with.

To become an international ambassador alongside BTS for a fashion company as big as Louis Vuitton is truly a dream come true for many, including Jung Ho-yeon. And with her and Squid Game being hyped by the netizens on social media, one thing is for sure, she has already won hearts and there is going to be no stopping her.

Priced At $1000, These Balenciaga’s Stiletto Crocs Are Just All Confusing And Not Very Appealing