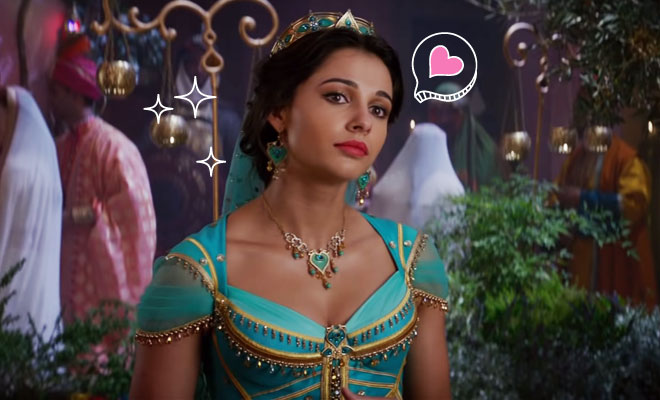 Hey Hollywood, Why Is Your Representation Of Fashion Of Any Other Culture So Stereotypical?

When Disney started to remake its animated classics into live action feature films, we were treated with visuals of real-life princesses that warmed our 90s hearts. We have Emma Watson in her gorgeous yellow ball gown, a look pulled straight out of the Beauty and the Beast animated classic and is true to the source.

Designing for the film, costume artist Jacqueline Durran, focused on infusing the original costumes with historical details from the era. The corset from her gown was dropped. But pockets that hang outside were added making Emma’s costume reimagined but still honest to her character.

On the other end of the spectrum, we have Lilly James in Cinderella, the costumes of which dramatic, pretty and voluminous.

A bit more exaggerated than the animated original, costume design auteur Sandy gave the outfits a dreamlike charm, that flowing fabric had us entranced. They were also accurate in their portrayal of the aristocrats with rich colours and heavily corseted gowns leading the way. So we thought, they are getting the costumes right, down to all the historical details.

So imagine our joy when we first sat down to watch the new Aladdin trailer, there was finally a Middle Eastern Disney princess. It was going to be a joy to see a culture closer to home reflected in the sartorial picks. We may have spoken too soon.

The costumes, while kept realistic and less sexualised – possibly because this was also meant to serve younger audiences- also look like a heavily stereotyped version of the grandeur that is Middle Eastern fashion.

Animated Jasmine wore sexy outfits, yes, but they were also a representation of her boldness, power and unapologetic sexuality. The now cult status crop top and pants from the animated classic is a sleek set matched with statement jewellery. The live action version, on the other hand, is a glittery, showy cross between a belly dancer’s outfit and something you will see on background dancer’s in a Bollywood dance number.

This also goes for the colours used in her costumes. While light beige and rani pink are some of the traditional colours we can get behind, the entire outfit looks kind of dated. Even animated Jasmine wore a bunch of lilacs and deep reds. We are hoping to see more diversity in style in the film.

Historically, the fashion from these parts tends to rely heavily on silver and gemstone jewellery, something we missed from Jasmine’s look in the trailer. Disney, we get it that you want to make her more relatable to the millennial audience, but don’t take away her grandeur because of that.

We have a bone to pick with you, Hollywood. Every time we see another culture represented in a movie, it’s so cliche, such a stereotypical version of it, it makes us want to shake someone in the costume department and show them what fashion in that country is really like. Sure, this is set in another time but the overall looks like someone didn’t their research and we are so done with that.

Here’s hoping the movie will treat us to more regal and grand costumes that wow us like the rest of the live action princesses!