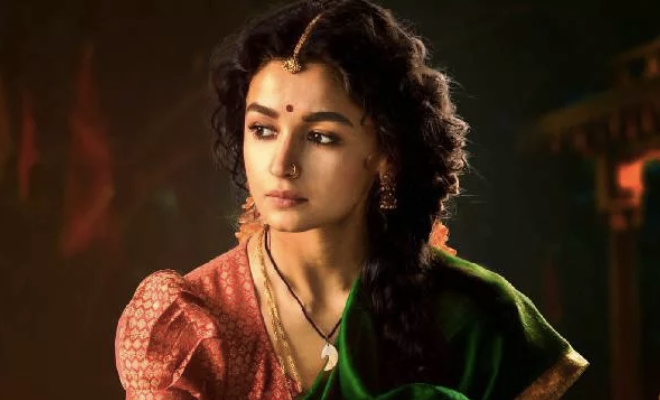 Alia Bhatt has always blown our minds away with her acting skills. Be it Highway or Raazi Or Gangubai Kathiawadi, the actress has nailed every single role, every single time. Thanks to her amazing acting skills, the actress has been hailed time and again by fans and critics alike. But the one film that broke our hearts was RRR. Despite being a great actress, Alia Bhatt’s character had very limited screen time and hardly any dialogue and yet, surprisingly, RRR’s Oscar campaign that launched a week ago has nominated Alia Bhatt in the Best Supporting Actress category. And to us, this is nothing short of mockery.

On September 30, RRR’s Oscar campaign kickstarted with a screening of the film at the Chinese Theatre in Los Angeles. RRR has been submitted for the Oscar in several categories including Best Picture (DVV Danayya), Best Director (Rajamouli), Best Actor (Jr NTR and Ram Charan, Cinematography, Sound, Screenplay, Original Song, Production Design, Score, VFX, Editing as well as Best Supporting Actor and Actress. While Alia Bhatt’s role has been submitted for the Best Supporting Actress category, Ajay Devgn will compete in the Best Supporting Actor category. And we just cannot seem to digest this information.

Truth be told, Alia Bhatt’s role in RRR can hardly be called a ‘Supporting’ role. And the last time we checked, having a short cameo with barely two dialogues cannot be called a supporting role and to nominate the actress for Oscar for this cameo feels like a joke we’re not fans of. Sure, the film did garner love and support from fans as well as critics but to nominate an actress like Alia Bhatt (who, just btw, has many awards and major roles in her kitty) for the role of “Best Supporting Actress” for a cameo just does not make any sense.

Also Read: ‘RRR’ Review: Come Only For The Rajamouli Spectacle, Energy, Ram Charan And Jr. NTR. Writing And Logic Have An Even Smaller Role Than Alia Bhatt

For the unversed, Alia Bhatt plays the role of Sita, Ram Charan’s character, Ram’s childhood friend and love interest in the film. On the other hand, Ajay Devgn played the role of Ram’s father who was a freedom fighter. Alia Bhatt’s limited screen time was not just underwhelming for the audience and her fans but also seemed unfair for an actress known to deliver impactful performances. With this short cameo, the actress could hardly do anything to showcase her acting skills or delivery a memorable performance. And this whole Oscar situation is nothing short of making a joke out of it.