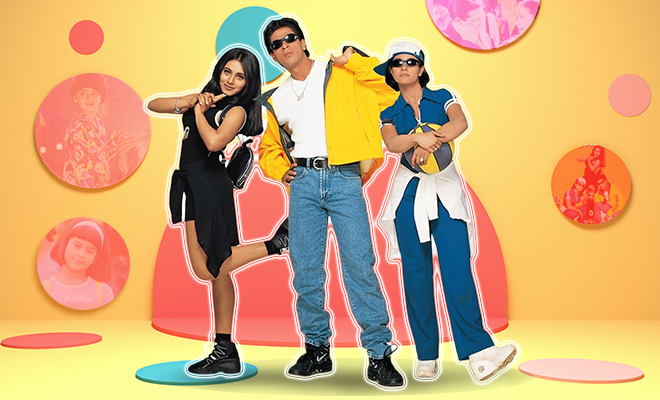 Let’s just agree that we all have seen the Karan Johar directed Kuch Kuch Hota Hai, starring Shah Rukh Khan, Kajol and Rani Mukerji, at least once. Some might love it and some find it too problematic for many reasons. Well, we agree that it does have a lot of issues but not Rani Mukerji. In an interview, she explained that sexism allegations against the film are wrong. She also said that she will always defend Rahul for choosing Tina over Anjali and that Tina’s character is not only glamorous but has depth too. And we kind of agree with her but only with Tina’s character having depth though!

Kuch Kuch Hota Hai is a classic Bollywood movie directed by Karan Johar which was released in 1998. In the film, the little Anjali reunites her single father with his college friend when her mother, who passed away years ago asks Anjali to do so through letters written years ago. Omg, the plot doesn’t make sense to me now!

The reason for this film to be problematic to so many people is because Rahul chose Tina for being prettier, hotter, and looking more feminine than Anjali who is a tom-boy and plays basketball, at least that’s what it appeared from the film’s narrative. In an interview with India.com, Rani said that falling is subjective and people should not be judged for their choices. 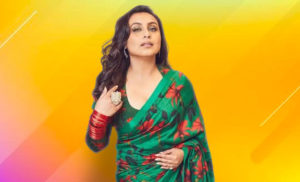 When asked about Rahul choosing Tina over Anjali only because she was more beautiful, Rani described Tina as more than just a pretty face and the fact that she is so deeply rooted to her culture and that she’s so grounded made Rahul attracted towards her. The Mardaani actress went on to say, “I won’t categorise it as he went for someone who looked great and not for Anjali who was more of a tom-boy. I won’t make it as frivolous as that. I would say that there was a lot of depth to Tina’s character for someone like Rahul to have fallen for her… because, at the end of it all, it was Tina who understood the love that Rahul and Anjali had for each other. She, in turn, makes her daughter reunite the two of them. You know that Tina had a lot of depth along with being a good-looking girl.”

According to me, the only character who understood love was Rani Mukerji’s character besides Aman of course. The reason is that when Rahul chose her over Anjali, she accepted the love she thought she deserved and I totally agree with that but before passing away, she made sure to reunite Anjali with Rahul, but I still think that they were not meant to be together and she should not have changed herself because she got rejected by Rahul.

There are many issues with the film but we can only learn from it and try not to repeat it!