Cannes 2022: Akshay Kumar, Tamannaah Bhatia, Pooja Hegde And Others To Glam Up The Red Carpet This Year! 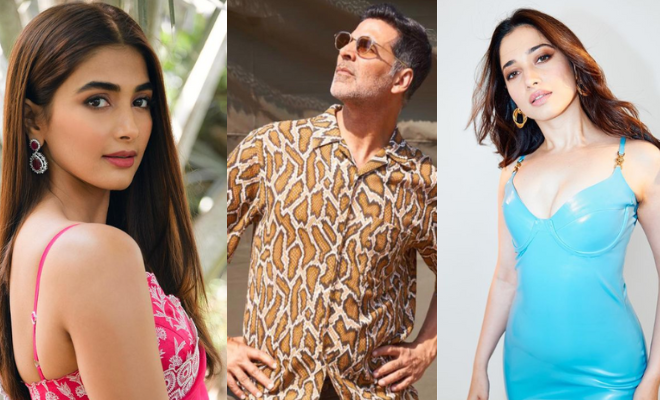 The Cannes Film Festival opens its doors today for notable cinematic projects all across the world to be recognised and appreciated. As much as people look forward to knowing which film takes home the prestigious Palme d’Or Award, they also want to see the actors and actresses gracing the red carpet with their eccentric outfit choices. It is a proud moment for India this year as Bollywood diva Deepika Padukone has been selected as one of the juries for the Cannes Film Festival. Apart from her, a couple of other Indian film industry actors, actresses and artists will be seen flaunting their looks and walking down the red carpet on the first day at Cannes.

The red carpet of Cannes will see India’s some of the most stylish actresses! The ones we know are definitely walking down the carpet are Hina Khan, Tamannaah Bhatia, Nayanthara, Vani Tripathi and Pooja Hegde. Deepika Padukone is on the jury’s bench this year and she will be seen on the carpet as well. We are so excited to see which designer is she going to wear this time! Aishwarya Rai Bachchan is also expected to grace the red carpet this year!

Bollywood will see its very own Khiladi Akshay Kumar, R Madhavan, music maestro and composer AR Rahman, ace filmmaker Shekhar Kapur, Nawazuddin Siddiqui and Rajasthani folk singer Mame Khan will among the men who will be seen on the red carpet at the Cannes Film Festival. Grammy award-winning musician Rickey Kej, and Central Board of Film Certification (CBFC) chairman Prasoon Joshi are also a part of the Indian party who will be seen at Cannes.

Aishwarya Rai Bachchan Paris Fashion Week Debut Was With A Show That Celebrates Women And Motherhood. It Was Powerful