Anagha Bhosale Aka Nandini From ‘Anupamaa’ Bids Adieu To The Show, Says She’s Glad To Be Away From Showbiz 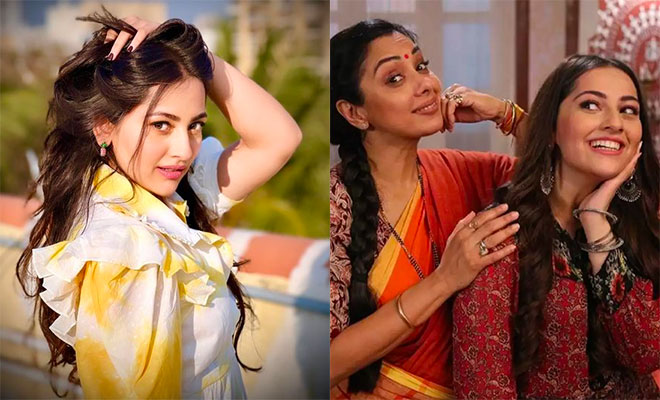 I cannot even begin to explain my love for the television show Anupamaa. I mean, we all know the crazy fan following Anuj and Anupamaa have and as much as I love these two, I’ve always liked the way Samar and Nandini navigate their relationship. But the last few episodes have been truly heartbreaking for this couple. On one hand, Anuj and Anupamaa are coming together and on the other hand, Samar, played by Paras Kalnawat, and Nandini, played by Anagha Bhosale, have parted ways. TBH, it was too painful for me to watch Nandini leave but it looks like there is a reason behind Nandini’s exit. In a recent interview, Nandini aka Anagha Bhosale has opened up about quitting Anupamaa and taking a break from acting for the sake of spirituality.

According to media reports, the actress has now moved back to her hometown Pune after quitting the Star Plus show Anupamaa starring Rupali Ganguly, Gaurav Khanna, Sudhanshu Pandey, Madalsa Sharma, Nidhi Shah, Ashish Mehrotra and Aneri Vajani. Speaking to ETimes, Anagha Bhosale shared that she is a very spiritual person and also participates in spiritual activities. She shared that the entertainment industry has a lot of ‘politics, unhealthy competition, the race to look good and reed-thin all the time and pressure to post on social media constantly’. She added that these things are not in line with her thoughts.

Anagha Bhosale became a household name after bagging the role of Nandini in Anupamaa. Speaking about the show, the actress shared that she often gets messages from fans asking her why she hasn’t updated her social media. Thanking everyone for showering her character Nandini with a lot of love, Anagha said that she is ‘glad’ to be away from the pressure of looking good and the ‘mad race’.

Anagha also thanked the fans for loving her chemistry with Paras Kalnawat. She went on to add that she is much happier and more relaxed after she broke away from the entertainment industry while sharing that she plans to focus on her spiritual journey and ‘follow Lord Krishna’s teachings’.

Speaking about her plans to take a break from showbiz, for the time being, Anagha Bhosale told ETimes, “I have not officially announced my decision to quit showbiz, because you should never say never. But I do feel that eventually, I would want to quit acting.” She further added that she could not ‘relate to the double standards in showbiz’. She went on to point out that there is pressure to be someone you’re not in the industry and that it’s full of hypocrisy.

“I want to pursue my religious beliefs and attain a sense of peace and contentment in my life,” said the actress. She added that the producer of the show, Rajan Shahi gave her a great opportunity and if he needs her to come back to the show, she will do that. She also shared that she had an offer for another show but she refused it.

Also Read: 5 Reasons Why We All Want A Boyfriend Like Anuj Kapadia From ‘Anupamaa’. He’s Smashing Patriarchy And He’s Smashing Hot!

As much as we’re all going to miss Nandini and watching her chemistry with Samar, we wish the actress all the best for her future endeavours. From Anupamaa To Imlie, Female Characters That Are Weaving A Wave Of Change In Indian Television