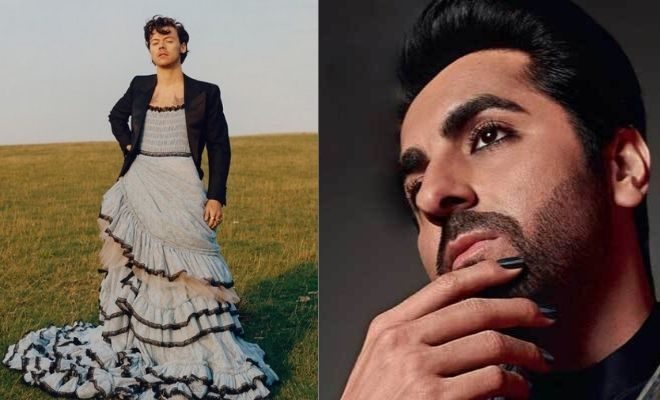 Hautetalk: Why Are Cis-Het People Encroaching Upon LGBTQ+ Spaces? Is It Support Or Just Performative BS?

You know one thing that pisses me off? Okay, there are a lot of things that piss me off (I’m a grump, sue me). BUT one of them is when communities or social groups that are not even marginalised have this weird saviour complex regarding the marginalised communities. I notice this commonly happens with the LGBTQ+ community. Don’t get me wrong, it is important to amplify their voices. But that is where it should end. I feel like way too many people try to take away the focus from the topic at hand and use what is ‘trending’ to gain followers and supporters. Moreover, many ignorant citizens of the internet give these people too much credit by crowning them as “trailblazers” for attempting to represent a community they do not even belong to. Throwback to when Harry Styles became a ‘face for gender-neutral fashion,’ as if we didn’t have those like Prince and David Bowie who were shamed for their ‘feminine’ fashion choices but still paved the way for many who wanted to express themselves similarly. And no, I don’t blame Harry for that; I blame the media and ignorance of the general public.

I came across an Instagram video by a non-binary creator who spoke about Ayushmann Khurrana’s picture which was posted showing him wearing nail polish and him calling it “gender fluid.” They spoke about the difference between gender identity and gender expression and how these two cannot and should not be mixed up. (I have attached it below. Watch it, it taught me a lot). Which I agree with considering I wrote a piece about it yesterday itself.

Now I do not belong to the LGBTQ+ community but have a lot of close friends from the community and have studied quite a bit regarding the LGBTQ+ community’s history while pursuing my degree. I am always eager to know more and understand how I could be a better ally to them. As a cis-het woman, I do recognise the privileges I have in a heteronormative society which, unfortunately, the LGBTQ+ community does not. (IMAGINE MEETING PEOPLE WHO CANNOT RESPECT SOMETHING AS BASIC AS PREFERRED PRONOUNS!)

I do understand how important it is to use this privilege to support and amplify their voices. BUT there is a huge difference between amplifying and talking over them, don’t you think? Would you prefer someone give you the platform to share your opinion in a meeting or for them to share your opinion for you? Sounds annoying and demeaning, right? That is essentially what us cis-het people tend to do without realising it. Support the LGBTQ+ in a way they need to be supported; our perspective of ‘support’ could (and is) doing more harm than good. If one is unwilling to learn and take criticism about this then your support is simply performative. This can apply to so many celebs and creators who are considered to be ‘trailblazers’ or ‘revolutionaries’ for the LGBTQ+ when they don’t even belong to the community (or haven’t publicly come out yet). This of course does not apply to those that belong to the LGBTQ+ community.

So to summarise my rant, we cis-het people NEED. TO. DO. BETTER. Also, I do not have an issue with the celebs that genuinely want to lend their voice to the community. This is a learning process for everyone. But we need to start giving the LGBTQ+ credit rather than chalking it up to cis-het people being their voice for them. Speak to those around you from the community, read up on them. More importantly, be open to criticism and ASK how they would like to be supported rather than using their struggles as a way to (consciously or unconsciously) gain brownie points online. I am someone who is constantly doing those things, trust me, it ain’t that difficult. Our job is to create a safe space for the LGBTQ+ community, not to encroach upon theirs.