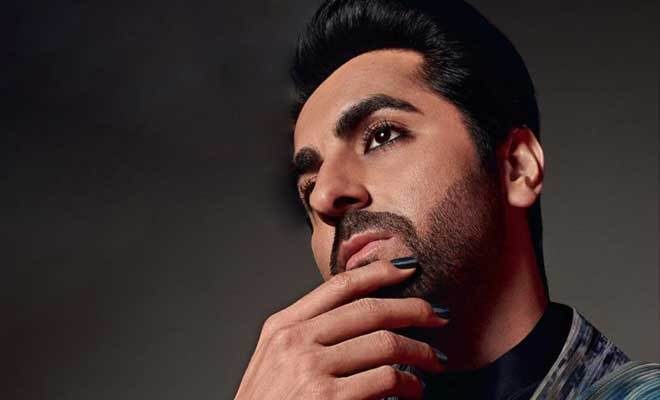 I feel like way too many people who don’t completely understand the identities within the LGBTQ+ community tend to act “woke” when they are simply being ignorant. I don’t claim to be an expert and still have a lot to learn but I feel that it isn’t that hard to do some research, especially in today’s day and age of Google and other readily available resources. Moreover, with how open the floor is to talk about the community and their issues, I don’t think anyone has any excuses for being ignorant regarding these topics. Having said that, many celebs have been called out for queerbaiting such as Nick Jonas, Billie Eilish, James Franco etc. One of the celebs who has been recently accused of this is Ayushmann Khurrana as he posted a picture wearing black nail polish and kohl.

Ayushmann Khurrana posted a picture of his cover on GQ and was seen wearing black nail polish with kohl. However, he captioned it as “Gender fluid” with a black heart, causing a lot of backlashes to come his way. While the cover itself was a good homage to androgynous fashion, the caption seemed as though it trivialised the struggles of finding one’s gender identity, not to mention the fact that ‘Gender-fluid’ is an identity of its own. The internet was NOT happy with this as Ayushmann  (who is presumably a cishet man considering he hasn’t come out as otherwise) has reduced the meaning of being Gender-fluid to wearing some makeup. Not only is this undermining the meaning of the term but also pushes stereotypes about the LGBTQ+ community. People took to Twitter and called Ayushmann Khurrana out on his ignorance.

Unless you are coming out as ‘gender fluid’, this would be an appropriation of Queer identities.
A picture of you wearing nailpaint contributes to the narrative that ‘men’ can’t wear nailpaint but only non cis-men can, whereas one can wear nailpaint regardless of their gender.

how easy is it for a cis-het like @ayushmannk to write "gender fluid" & cash in likes & positive comments. queer-baiting was cool, but this certainly is not. sorry man, u lost a fan here. everything is not funny or empowering as per your convenience (movie release nearby). pic.twitter.com/NUF1X6dzyx

A cishet man calling himself gender fluid just because he did his lashes and wore nail paint for a shoot. This is bollywood in a nutshell.
100 instagram brownie points @ayushmannk, but the term you are looking for is Androgyny and not Gender fluid. #LGBT #LGBTQ pic.twitter.com/pKZNPtKp47

I wrote a piece a few weeks back where I pointed out the tone-deafness in Ayushmann Khurrana’s upcoming Chandigarh Kare Aashiqui with the lack of actual trans actors in a movie that has a trans woman character as the lead (From what is public knowledge, Vaani Kapoor is a cis woman). This is similar to that. I believe Ayushmann needs to take a few steps back and try to understand what it means to be a part of the community and all the struggles associated with it. While he genuinely might mean well, his queer representation seemingly comes off as performative and ignorant.