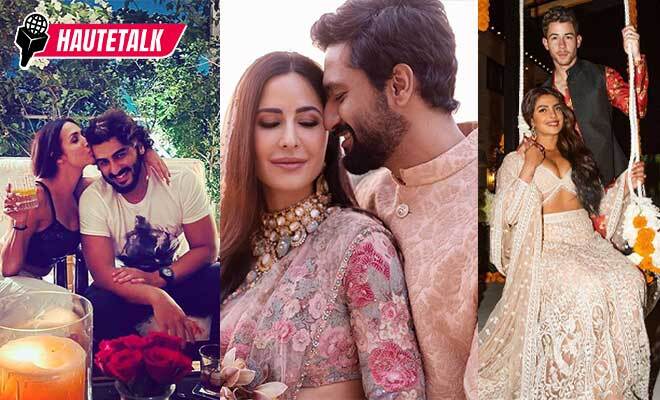 As a youngin myself, I look back at a lot of the perspectives and the archaic notions that society fed me growing up which I am still fighting off to this day. While I actively try to let go of these preconceived notions that revolve around sex, gender and relationships, my conditioning of all these years sometimes gets the better of me and I catch myself having the same prejudices that I tend to criticise within mainstream media. However, I am a work in progress and do try and get better about this, as much as possible. I remember my younger self having this false idea that the woman has to be younger than a man. I have no idea where this came from if I am being honest with myself and you guys. I think this has to do with how relationships are always presented to us. Think about it. Almost every couple that we grew up seeing on-screen were either the same age or the man was older than the woman. The idea that a woman can be older than a man never really occurred to me until a few years ago. And the more I grow up and create my own perspective of how I see the world, the more I realised how women are automatically expected to be the lesser of the two halves in heterosexual relationships. Be it age, income or height. Why is that?

As I covered Katrina Kaif and Vicky Kaushal’s much-awaited wedding over the past weekend, I also read quite a few passing comments speculating their age difference. Something that is usually not done between age gap couples where the man is older than the woman. They aren’t the only victims to such speculations but so were Priyanka Chopra and Nick Jonas. Moreover, not only were they shamed for this back when they got together but there are some nasty commenters who still talk about their age gap under their Instagram posts TO THIS DAY! Another couple that is mocked relentlessly for the woman being older is Malaika Arora and Arjun Kapoor. They have been together for a while now and are still mocked and trolled over something this insignificant. I believe that the trolling in their case is more relentless as Malaika Arora is also a divorcee (and we all know how receptive society is to a divorced woman).

Not only age but a woman being more successful or earning more than her male counterpart in a relationship is also not tolerated. Many couples like Beyoncé and Jay-Z or Jennifer Lopez and partner Alex Rodriguez have women earning more or being more successful than the men. While many of these men don’t seem to mind their partner’s success, in general, isn’t it common for us to see men be threatened if their partners earn more than them? Many who seek arranged marriages exclusively go out of their way to find women who earn less, are less successful or less educated as compared to them. Like… why? “Behind every successful man there stands a woman” is a proverb we all grew up listening to. But no one is allowed to question why is she behind him. While women are raised to find a husband that earns well; to support their husband’s aspirations and take a back seat as he goes ahead and achieves his dreams, why aren’t men expected or rather taught to do the same? There are a few who actually are willing to do that for their female partners. But in that case, they are mocked and ridiculed by society for not being man enough and ‘allowing’ a woman to overshadow them.

And then men are mocked for being shorter than his woman. Which is another thing which is beyond me. I admit that when I was a teen who did not know that I am allowed to have opinions of my own, I used to care about height and all. I couldn’t be bothered anymore. I have seen so many question Tom Cruise about him being shorter than the women he is seen with. This is literally the last thing that matters in a relationship. (Trust me, I have been in a few.) Same with couples such as Cameron Diaz and Benji Madden or Nicole Kidman and Keith Urban.

My issue lies with these speculations always arising when a woman is more than a man. Moreover, the man’s masculinity is questioned for ‘allowing’ this. As if a woman is supposed to always be the lesser half. And a man who allows otherwise isn’t man enough. Can we all just move past these pointless prejudices already? These archaic notions don’t matter in a relationship nor do they define what a person’s masculinity or femininity mean. Capiche?

Vidya Balan Didn’t Take Her Husband’s Name And Was Questioned About It. That’s Patriarchy!