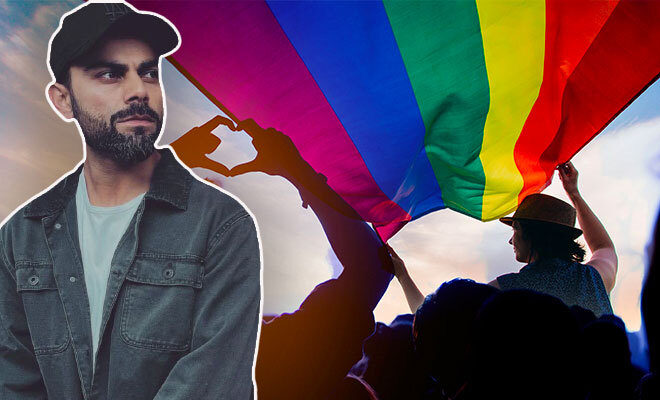 One8 Commune was called out for their discriminatory practices against the LGBTQ+ community by a group called ‘Yes, We Exist’ via Instagram posts. The Virat Kohli owned chain has restaurants in Pune, Delhi and Kolkata and the Zomato listing says, “stags are not allowed.”

The caption of the post by ‘Yes, We Exist’ is a message to Virat Kohli and says, “@virat.kohli you are probably not aware of this, but your restaurant @one8.commune in Pune discriminates against LGBTQIA+ guests. The other branches too have a similar policy. This is unexpected and unacceptable. Hope you make the necessary changes asap. @deepigoyal @zomato – either do a better job at sensitising restaurants or stop providing your platform to businesses that discriminate. Often it’s the high-end restaurants that practise such discriminatory policies; the ones that you most likely get large sums of ad money from. This needs to end.”

‘Yes, We Exist’ also said that they allegedly spoke to the Delhi Branch of One8 Commune which did not respond and the Kolkata branch said that stags aren’t allowed despite the Zomato listing saying otherwise. Virat Kohli and One8 Commune also received a lot of backlash from multiple Twitter users.

Captain @imVkohli has a chain of Resturants and guess what the LGBTQIA+ people are not welcomed.
Queerphobic. pic.twitter.com/st44L0ZMLg

Thread | @imVkohli runs a chain of restaurants, One8Commune, across Pune, Delhi & Kolkata. Their @Zomato listings say, "Stags are not allowed". I called the Pune branch, they confirmed that entry is allowed only for cisgender heterosexual couples or groups of cisgender women. pic.twitter.com/H9uCgvjhQC

However, One8 Commune has come forward and clarified that they do not intend to discriminate against anyone. They issued a statement saying, “Welcoming all people irrespective of their gender and/or preferences. As our name denotes, we have always been inclusive in serving all communities since our inception,” the statement goes on to say. Similar to industry-wide practice and in conformity with government rules, we obviously have a prohibition of stag entry policy (subject to relaxation) in place so as to ensure a safe and enjoyable environment for our guests. This does not in any way mean that our company policy provides any discriminatory entry rules for/against any particular community, inadvertent miscommunication or misplaced impression”

Now while I do agree that entry for same-sex couples is essential, as a woman, I know the reason why most restaurants and clubs don’t allow stag entries. However, I do agree that these protocols are very heteronormative in nature and need to be relooked at to keep up with the changing times. In fact, Virat Kohli can usher in the change by introducing new practices at his restaurants so others follow suit.

So Are Katrina Kaif And Vicky Kaushal Getting Married Or Not? All We Know So Far!