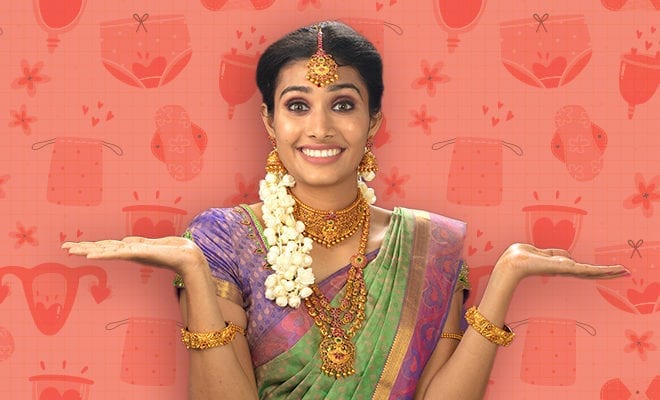 These Indian Festivals Celebrate Menstruation Instead Of Stigmatising It

While my family doesn’t stigmatise menstruation now, it wasn’t always the same. Women were not allowed to perform puja or even touch the flowers or prasaad that’s to be offered to God. I started questioning these traditions very young and the sweetheart that my mom is, she opened up her mind to my views and refused to carry these forward. It was liberating to – not being treated like I am impure and having my mom refuse to entertain such views. Not every household shares the same beliefs but what comes as a refreshing change in perspective is a plethora of Indian festivals celebrating menstruation and womanhood.

There are a few puberty festivals still, that further encourage isolation of menstruating girls and that can make period seem like a taboo and even scary to them. But there are festivals that celebrate menstruation in a manner that brings along joy and cheer and some lip-smacking food!

Odisha celebrated Raja Parbha in the past few days, which celebrates menstruation. It is believed that during these three days mother earth is on her period as she prepares the earth for agriculture. Women are relieved from their household duties and they only indulge in celebrations. On the fourth day, a ceremonial bath takes place signifying the first showers that moisten the soil.

A puberty festival that celebrates the first menstruation lasts nine days, though the first and the ninth day are the important ones. On the first day, the girl is given a ritualistic bath by female family members and neighbours. She is then dressed up in the first saree she gets and each woman offers her blessing to the girl. On the ninth day, she participates in a nadi-activiating puja and she is declared a woman post that. During that time, she wears a beautiful saree, jewellery and garlands.

Another festival that celebrates first menstruation, Ritushuddhi is celebrated in Karnataka. When a girl gets her first period, this is considered a milestone event in her life as family and relatives shower her with gifts. She is gifted a half-saree or a langa voni (which looks like a lehenga with dupatta taken as a saree pallu) by her maternal uncle as well as other people.

ALSO READ: “Menstruation Has Been Stigmatised In Our Society”: Gujarat HC. Court Proposes Law To Allow Women Access To All Places During Periods

It is a week-long festival organised in various parts of India with an aim of breaking taboos around menstruation. Through various cultural and artistic activities, the festival aims to spread knowledge on menstrual hygiene and break myths around the same.