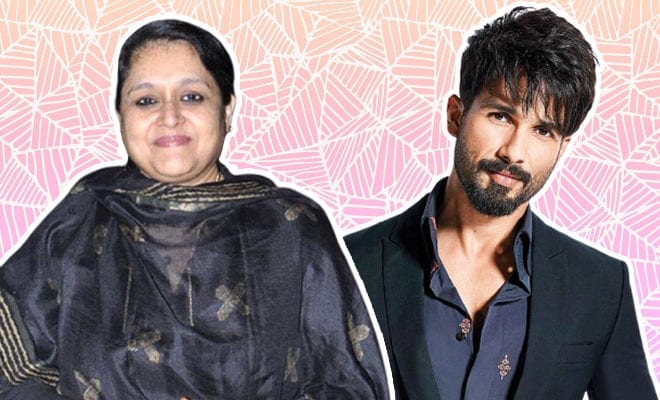 Supriya Pathak Opened Up About Her Relationship With Stepson Shahid Kapoor. We Love That She Is So Candid

When I was younger I loved fairytales and Disney Princess movies. It always made the world seem like such a magical place. Although when I think about those stories today, I notice how they rely heavily on stereotypes. It’s all very misogynistic and definitely not suitable for children. A very commonly used stereotype in these stories, that most of us believed to be true, was that all stepmothers are evil creatures crazed with envy. Does anyone remember Cinderella or Snow White? But it’s not true at all, is it? Stepmothers in real life aren’t vile or insanely jealous. These fairytales have it all wrong. In fact, some have a wonderful relationship with their stepchildren. For instance, Supriya Pathak Kapur has nothing but lovely things to say about her stepson, Shahid Kapoor.

In a recent interview, Supriya Pathak Kapur, who is married to Shahid’s father Pankaj Kapur, opened up about her relationship with her children, Sanah and Ruhaan, and with her stepson, Shahid Kapoor. She said that more than their mother, she is a friend to them. Talking about Shahid, Supriya said that their relationship is so much more than merely a mother-son kind of relationship.

Also Read: Shahid Kapoor Got Asked If He Does Household Chores In This Lockdown. Why Do They Think It’s Optional For Men?

She went on to talk about meeting Shahid for the first time when he was six years old and becoming his friend. Supriya said, “I was not there in his life for all the really young formative years, and we met as friends. I was a friend of his father’s and therefore I met him. So it was more like a friend, and it remained like that always. We have always been on a level where we are more like pals. (In fact) I would call Sanah and Ruhaan more like pals, but Shahid and me because we have not really lived together, it was very much like a person I could always depend upon. Sash has always been that person for me.” She further adds, “I really love him. I can’t really define the relationship, I don’t want to either but it’s more like I believe him.”

How adorable is this? Whoever said that all stepmothers are vicious and vile really didn’t know what they were talking about. In the same interview, Supriya Pathak also said that she was incredibly close to Shahid’s children, Misha and Zain. We love how real she is!