If you haven’t watched Soorarai Pottru yet, what are you even doing? The Tamil film, which is partly inspired from the life of Air Deccan founder G.R. Gopinath, was one of the best films to come out of Indian cinema in 2020. Directed by Sudha Kongara, and starring Suriya, Paresh Rawal, Aparna Balamurali, Urvashi, Mohan Babu, and Karunas, the film received massive acclaim from both critics and moviegoers alike. What’s more, it was selected as one of ten Indian films to be screened under the Best Foreign Film category at the Golden Globes and was the only Indian film to make it into the eligibility list for the 2021 Oscars Best Picture nomination. And if that wasn’t enough, it now has some fresh new wind beneath its wings. The film has gone on to become the 3rd highest rated movie of all time on IMDB! 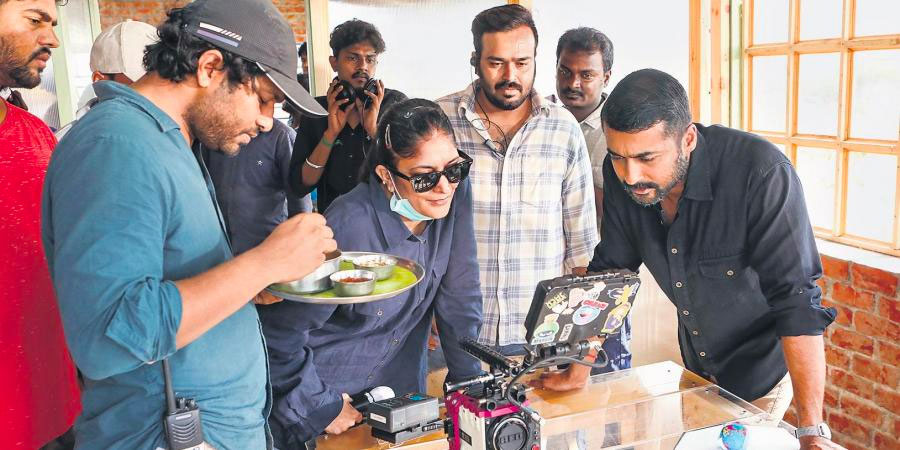 Soorarai Pottru currently holds an IMDB rating of 9.1 out of 10. And that earns it the #3 spot on IMDB’s list of Top 1000 highest rated films (in descending order). It is only behind the likes of Frank Darabont’s The Shawshank Redemption (1994), which holds an IMDB rating of 9.3 and rests in the #1 spot, and Francis Ford Coppola’s The Godfather (1972), which holds the #2 spot with its 9.1 rating. Now, as someone who worships both these movies (especially Shawshank because how can you not weep over Andy Dufresne and Red?), I feel high-key proud that an Indian film, especially one directed by a woman, has made it in such august company! 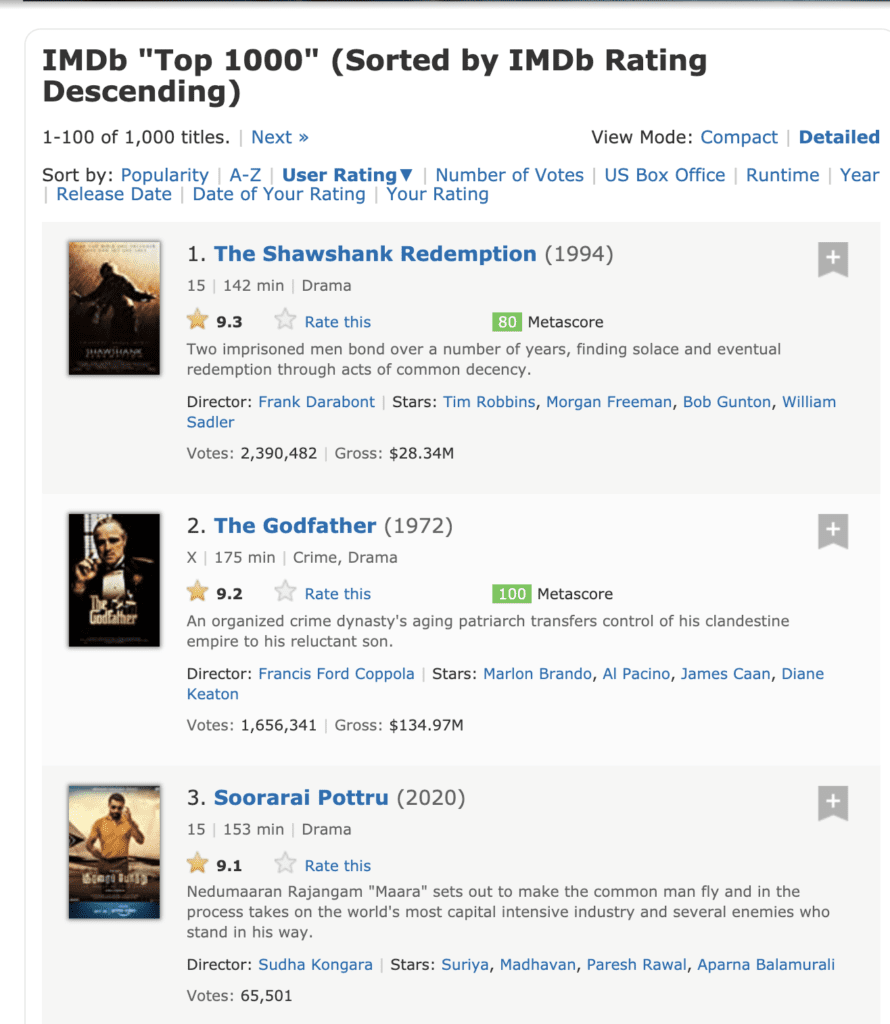 In fact, it kinda feels a little unfair that Soorarai Pottru keeps getting referred to as Suriya’s film. I mean yes, indeed he is this massive Tamil superstar headlining it and has also co-produced the film. But I do think it is imperative that we acknowledge that it is Sudha Kongara’s film through and through as well. Not only has she directed the movie but she has also conceptualised and written the story, as well as co-written the screenplay with Shalini Ushadevi. And the film is co-produced by Sikhya Entertainment, founded by another woman, Guneet Monga, who continues to back some incredible projects led by women and about women’s stories. And of course, who can we forget Aparna Balamurali, whose powerful performance as a strong woman who was the backbone of Suriya’s character in the film and had a journey of her own. I am sure these women have gotten their share of praise as well, but I think an extra dose of kudos is what women creators everywhere need right now!

Congratulations to everyone who worked on this film, and a special shoutout to the women, who often get overshadowed or sidelined in the movie industry, but are finally proving that they can soar higher and higher!