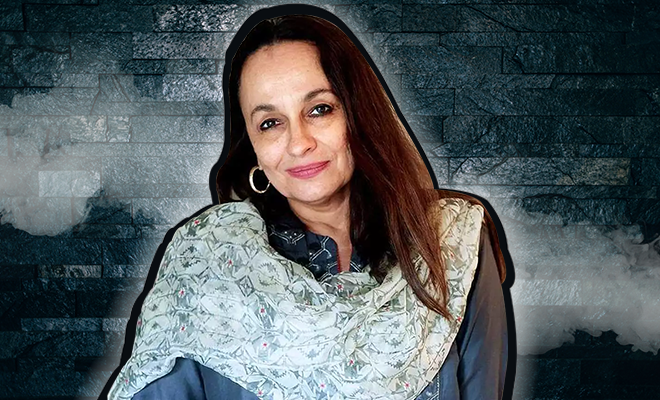 During one of the recent Maharashtra lockdown announcements, my family was debating on whether lockdowns are still a good idea or whether India should follow some other countries’ model of opening everything up, and letting ‘herd immunity’ do its thing. You know, the brilliant proposal that Pooja Bedi suggested of imitating Taiwan or something. But I shut it down with one question—Do you think the people of India have the civic sense and responsibility to successfully pull that off? There was silence. Just look at what happened at the the West Bengal election rallies, the Maha Kumbh, and a bunch of other religious events where the government of India thought it could pull off a systematic and safe gathering but the cases flared up a COVID second wave. So when there was news that the Uttarakhand Government was still deciding whether to allow the Char Dham Yatra, it was no wonder that Soni Razdan and many others were pissed.

The actor retweeted a news report saying the Uttarakhand Government was allowing the Char Dham Yatra to Kedarnath, Badrinath, Yamunotri and Gangotri to begin from May 14.

Whaaaaaat ? Can the courts please stop this right now ? Someone? Why will the world even help us if we continue to act like idiots !!! @KapilSibal @SCofInd @PIBHomeAffairs https://t.co/r6gBYhhRAk

Of course, while some people echoed her shock at just how callous our elected representatives continue to be in the face of this pandemic, there were also those who found a way to attack her. “But your daughter just went to Maldives with her boyfriend” said someone about Alia Bhatt recently taking a trip with beau Ranbir Kapoor. Others brought out the religion angle because how dare we have any discussion about idiocy without bringing religion in it?

Also Read: Actor Soni Razdan Says People Between The Ages Of 16-40 Should Be Vaccinated First. “They’re Going Out”

But here are some cold hard facts.

The Uttarakhand government is already under fire for the way it mishandled the safety precautions at the Mahakumbh. According to the Hindustan Times, on April 1, 2021, when the Maha Kumbh began, the state had some 2,236 cases. As of yesterday, the number has reached to a 46,000. And despite this, despite the country struggling to breathe and find ICU beds and plasma, despite the devastating tragedy of not having enough wood to burn bodies in Delhi crematoriums, despite every second person in Kolkata testing positive, despite all of the death and despair that is burning through the country like a viral fever, the Uttarakhand Government was still going to hold a meeting on Thursday to discuss the possibility of allowing the Char Dham Yatra.

Like, why would you? What part of ‘bad idea’ is not clear? Our country is so blind when it comes to its Gods, it doesn’t see practical sense, even their own health and safety. Look at what happened with the late Shravan Rathod of the music director duo Nadeem-Shravan. He visited the Mahakumbh with his wife, both contracted COVID. He passed away, while leaving his wife and son positive and in the hospital. Instead of wasting time on holding meetings to discuss this, there should reflexively be a hold on such pilgrimages and events that attract large crowds. It’s like you want to send people on a direct path to God!

Fortunately, reason and sense has prevailed, and just as I write this, the Uttarakhand government has suspended its decision to allow the Char Dham Yatra, thank all the Gods of every Dham for this.

Uttarakhand government has suspended Char Dham Yatra this year in view of #COVID19 situation in the state. Only priests of the four temples will perform rituals and puja: Chief Minister Tirath Singh Rawat

However, the question still remains, that while we criticise the state and central governments for not not shutting this events down, there’s also a massive devolving of blame on the people who choose to abandon sense and civic duty and go for such events in the first place. Of course, the majority of the blame is on the authorities because they can pass one law and shut this whole show down. But why are the people being idiots and not staying put in their homes? Whether it is Char Dham or Goa, why do we let people actively choosing stupidity get away without any blame? They’re pretty much responsible too!

As for the government not being able to take these decisions because they think there will be loss of livelihood for the natives who earn off such events in their states, maybe stop the constructions of vanity projects like Parliament buildings and election campaigning, and divert the money to helping those people.