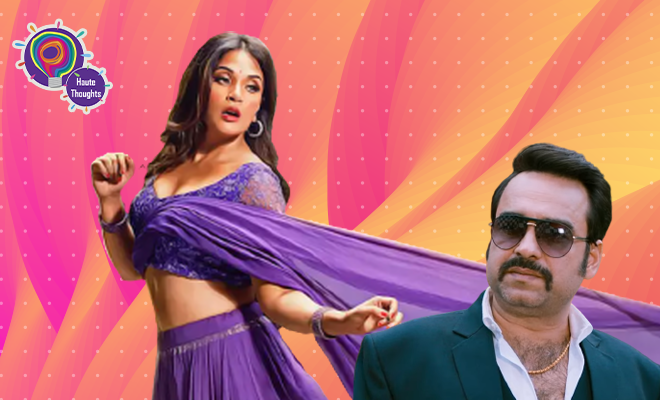 5 Thoughts I Had About The Shakeela Trailer: Richa Chadha Is Owning This Bold, Unapologetic Character

I may not be an actor, but I’ve always believed that playing good is much easier than playing bad. And playing a grey character? That’s the hardest. Or should I say, selling that arey character convincingly is the hardest. Because real people are rarely pure good or bad; we’re all fifty shades of grey. When it comes to playing a character like Shakeela, based off a real person who was sometimes deemed a porn star and all times a superstar, I can’t imagine it being an easy job. Which is why watching Richa Chadha in the Shakeela trailer has me rather excited (pun intended). Directed by Indrajit Lankesh, the Shakeela biopic also stars man of the moment, Pankaj Tripathi, and Rajeev Pillai, amongst others.

When the teaser came out, I was glad that the film was at least not sleazy. It reminded a lot of Vidya Balan and The Dirty Picture, and if you’ll recall, that film dealt with another South Indian superstar, Silk Smitha, with a pretty similar life story. And that wasn’t sleazy either, but bold and unapologetic instead. Shakeela follows in the same vein. But of course, I was still holding my breath until the trailer would be out, because there would be much more to go on. In fact, I don’t think I will feel completely relaxed until I see the entire film, because it’s a precarious subject and can lose its balance at any point. But the trailer did put me at ease somewhat.

Here are five thoughts I had while watching the Shakeela trailer:

1. Richa Chadha is owning this bold, unapologetic character! I’m not surprised, because full faith. But I can’t begin to imagine how hard it must’ve been to portray a real person, especially one whose mannerisms and personality, and her body of work, were such a big deal. It’s easy to make it all look caricaturish. I’ll play devil’s advocate for a bit though, and say that Richa Chadha doesn’t look the part of a South Indian actress. But I’m, going to reserve judgement on her performance until after I’ve watched the film

2. Pankaj Tripathi’s character maybe a douche but he quirky AF! I found myself wondering if this was the character that is going to finally make me hate a Pankaj Tripathi character! But I don’t think so, not yet. Because even as this South Indian superstar, he has his quirks that made me laugh! Like the scene where he is asked to pick a girl out of three, Shakeela tells him she is his fan, and he points to her in the most comical way that is pure PT!

So Bollywood has this problem where it makes the film industry look very stereotypical. Basically, it shows us something that we already know and it overdoes it. With Shakeela, I hope to see the raw, unseen, murkier side of the South Indian and adult film industries, not caricatures.

5. Erm, South Indian star hai na? Toh why is the song in Punjabi? And why do things look like they’re not authentic to they time period? Richa Chadha’s Shakeela looks a tad too glamourous to me, with her impeccable blow dry and glam outfits something out of a very polished 2000s movie ka shoot. Did you think so too?