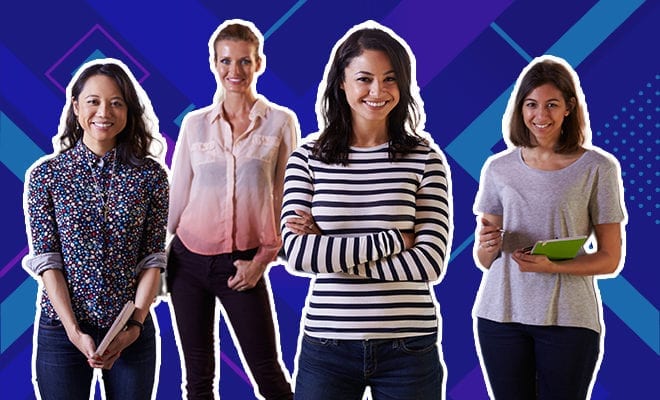 Reddit Thread List Things That Make Workplaces Hostile For Women And How They Can Be Made More Inclusive. Yes To All!

People who spent a bomb on their home interiors pre-COVID must be feeling so vindicated right now, na? Your home is your office is your home. Which means all the guilt you felt over spending so much money but never getting to enjoy your home because you lived in the office or outside all the time is just gone. What’s even more awesome is how you can regulate things at your home office like you never could in your workplace. The AC is the right temperature. You’re not eating lunch like a heathen. And you don’t have to listen to annoying ambient sounds by some annoying coworkers. For women, especially, working from home has had quite a few perks, because sometimes for us, the workplace can be a real hostile environment, as is proved by our personal experiences and this Reddit thread.

A week ago, Reddit user u/rooks-and-queens posed a question on the r/AskWomen subreddit: “What small things make a workplace more inclusive to women, and what makes it more hostile?”

What small things make a workplace more inclusive to women, and what makes it more hostile? from AskWomen

Now if you asked me, off the top of my head, I’d say bigger and better equipped bathrooms, period leaves, zero tolerance for not just overt sexism but covert sexism too. For example, the assumption that just because some women aren’t breadwinners in their families, their jobs and salaries are inconsequential. Or the belief that period leaves are discriminatory against male employees.

However, the reddit thread goes beyond the bigger issues and highlights even the smallest of issues, like the temperature of the air conditioner in workplaces, which is either suitable for the Night King from Game Of Thrones or warm enough for a salamander, no middle ground. Take a look:

God, that is annoying, when HR would just assume that female employees would naturally be interested in the Rangoli competition, or are being ‘overdramatic’ and ‘hysterical’ about issues with other female coworkers. Because, you know, women only have ‘catfights’.

Another thing that I’ve personally experienced so many times and have lost my temper over is when interiors are designed keeping only aesthetic beauty in mind and zero functionality. Like this one user who pointed out the issue with ‘see-through’ stairs in her office. Seriously, who designed this stupidity?

Or for that matter, men and women’s restrooms being the same size, when clearly, women don’t just have periods to deal with but also come with bigger bags they need to accommodate! And can we please have soundproof loos for people with performance anxiety?

I have been screaming myself hoarse (metaphorically) at anyone who will listen that women should neither be shamed nor feel ashamed about period leaves. We have reproductive health issues, and that is not some external factor influencing our healths, like a sickness, but our bodies’ regular functioning. I’m just glad they don’t ask us to work until the last day of our pregnancies!

But yeah, normalise taking reproductive health leaves. And parental leaves for every gender.

Work from home during the pandemic lockdown has caused the Double Burden Syndrome for women doing both office and house work. So maybe, just maybe if workplaces that aren’t tied to deadlines could be more flexible, that would be great. In fact, I loved this one idea called ‘core hours’ that someone suggested their workplace follows!

And of course, sexism needs to be ousted too. That’s just BASIC.

The thing about sexism is, it’s not always overt. And one of the biggest areas where sexism is rampant is the payscale. There is research that proves that women often underestimate their capabilities and undersell themselves, thereby allowing recruiters to hire them for much less, compared to their male counterparts. And the fact that salary is such a hush-hush topic (for Heavens knows what reason), almost all workplaces who do this get away it. No wonder, one of the top ways to make workplaces more inclusive for women is to have absolute transparency with regard to salaries, so as to ensure no scope for unequal pay.

Sexism in the way things are just made to fit men better than women is also a legit thing. From helmets to car seat belts, everything is made keeping the average male bodies in mind. So maybe a little more inclusivity there?

Can we stop calling women ‘dear’ and ‘darling’ and ‘love’?

There’s also the matter of toxic femininity in that women in powerful positions tend to bully other women because patriarchy has pitted women against women, in a sort of musical chairs to secure those limited seats at the table with the men. That needs to go.

Also Read: #Culture: Female-Led Workplaces Have So Much Potential, If Only We Could Get Rid of Toxic Femininity. Why Do Women Bully Women?

Dress codes for women that tend to hurt their bodies in the long run? Can we get an “Amen” please?

And finally, one of the best ways to ensure your workplace isn’t exactly hostile and is being inclusive is to… include suggestions taken directly from women. Like surveys that are sort of an appraisal of the workplace and the company policies itself. If employees get appraised and evaluated, shouldn’t companies get evaluated too? Taking feedback and surveys seriously is a much needed step change that workplaces need to ensure.

What would be your suggestion to make your workplace more inclusive and less hostile towards women?