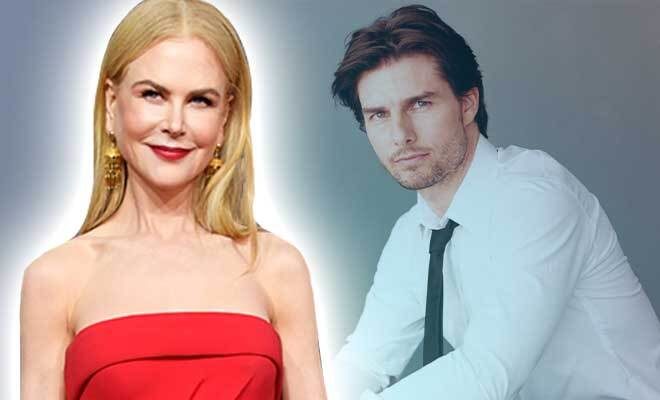 Nicole Kidman is undoubtedly one of the reigning actresses of Hollywood. She’s an actress by profession but a philanthropist by heart. Over the years, she has been a part of some of the best Hollywood films and has contributed heavily to the success of each of them including Batman Forever, To Die For, Moulin Rouge, The Others, The Hours, and the list goes on. Nicole Kidman is also an extremely benevolent and generous person but Hollywood can’t get over the fact that she’s Tom Cruise’s ex-wife and still asks her uncomfortable and rather sexist questions. Recently, while promoting her film Being the Ricardos, Nicole Kidman was shocked to hear an interview question about her marriage with her ex-husband, actor Tom Cruise and called out the journalist for asking such a sexist question. Many people are praising her for standing up herself and shutting down the sexist questions.

The film Being the Ricardos tells the story of famed American TV personality Lucille Ball (Nicole Kidman). Directed by Aaron Sorkin, the film takes a look at Lucille Ball and her husband Desi Arnaz’s marriage. While speaking about the film in a recent interview, Nicole Kidman mentioned that the film is about a marriage that doesn’t have a happy ending, “This film says you can make an extraordinary relationship thrive and leave remnants of it that exist forever. Yeah, that’s really gorgeous. It’s about a creative and romantic relationship that doesn’t work out. But from it come some extraordinary things. And I love that. I love that it’s not a happy ending”, she said in an interview.

Hearing the answer, the journalist asked her if she was referring to her marriage with Tom Cruise. But the actress did not hold back while responding to the reporter. Expressing her disappointment with the question, Nicole Kidman clarified that her answer had nothing to do with the Top Gun actor. The actress further pointed out that the question is sexist because no one asks the same question to men. “And I would ask not to be pigeonholed that way, either. It feels to me almost sexist because I’m not sure anyone would say that to a man. And at some point, you go, ‘Give me my life. In its own right,” the Big Little Lies actress said in the interview.

Nicole Kidman and Tom Cruise were married for 11 years and share two adopted children – Isabella and Connor. Their relationship and the divorce received so much press attention. In fact, had a negative impact on Nicole’s life. The actress is currently married to country singer Keith Urban.