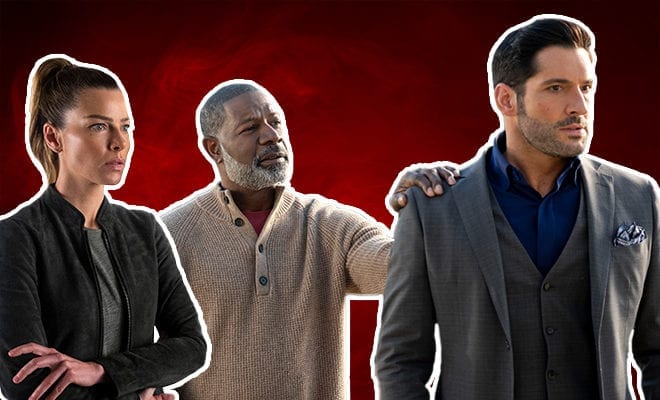 Lucifer Season 5 Part B Review: Divine Intervention Redeems The Season, Proves The Devil Is Indeed In The Details

Everyone has a type, and Lucifer—both the character and the show—is exactly my type. It’s the perfect mesh of a crime procedural with supernatural elements of the biblical persuasion. And there was no way that my Castle and Supernatural loving heart could ever resist its charms. I’ve been so invested in Lucifer, that when the show was cancelled after Season 3, I was livid, because I was convinced that Tom Ellis as Lucifer Morningstar and Lesley-Ann Brandt as the demon Mazikeen had a story that needed to be told to its intended end. Despite being a huge shipper, I never really shipped DeckerStar as obsessively, but I wanted them to get together to see what would happen from a psychoanalytic perspective, much like Dr. Linda Martin (Rachel Harris) would. However, Lucifer Season 5 Part A which promised both, a union between Detective Chloé Decker (Lauren German) and Lucifer, and the biblical family strife between Michael and Lucifer, failed to deliver. Luckily, redemption seems to be not just the theme but also the outcome of Lucifer Season 5 Part B. Thanks, of course, to divine intervention in the form of Dennis Haysbert as God.

It’s been a year since Part 1, so let me first refresh your memory of where we’re at. In the final episode of Lucifer Season 5 Part A, we see that Amenadiel is worried that his and Linda’s son is mortal, unlike his angel father. Ella is still reeling from having dated Pete, a serial killer, and realises that there’s this darkness in her that she just cannot ignore any longer by being the nicest, most happiest person in the room. We know that Lucifer and Chloé finally got together, even managed to disrupt Lucifer’s vulnerability and mojo somehow, and now finally are at a point when it is all about saying those three words to each other. Unfortunately, Amenadiel’s worry about his son makes him involuntarily freeze time, and during this moment, Michael appears, backed by Mazikeen, who is on his side because he promised to get her a soul. While everyone else is frozen at the precinct, Michael and Mazikeen go up against Lucifer and Amenadiel, until God Himself appears to tell them to stop, because he doesn’t like when his children fight. 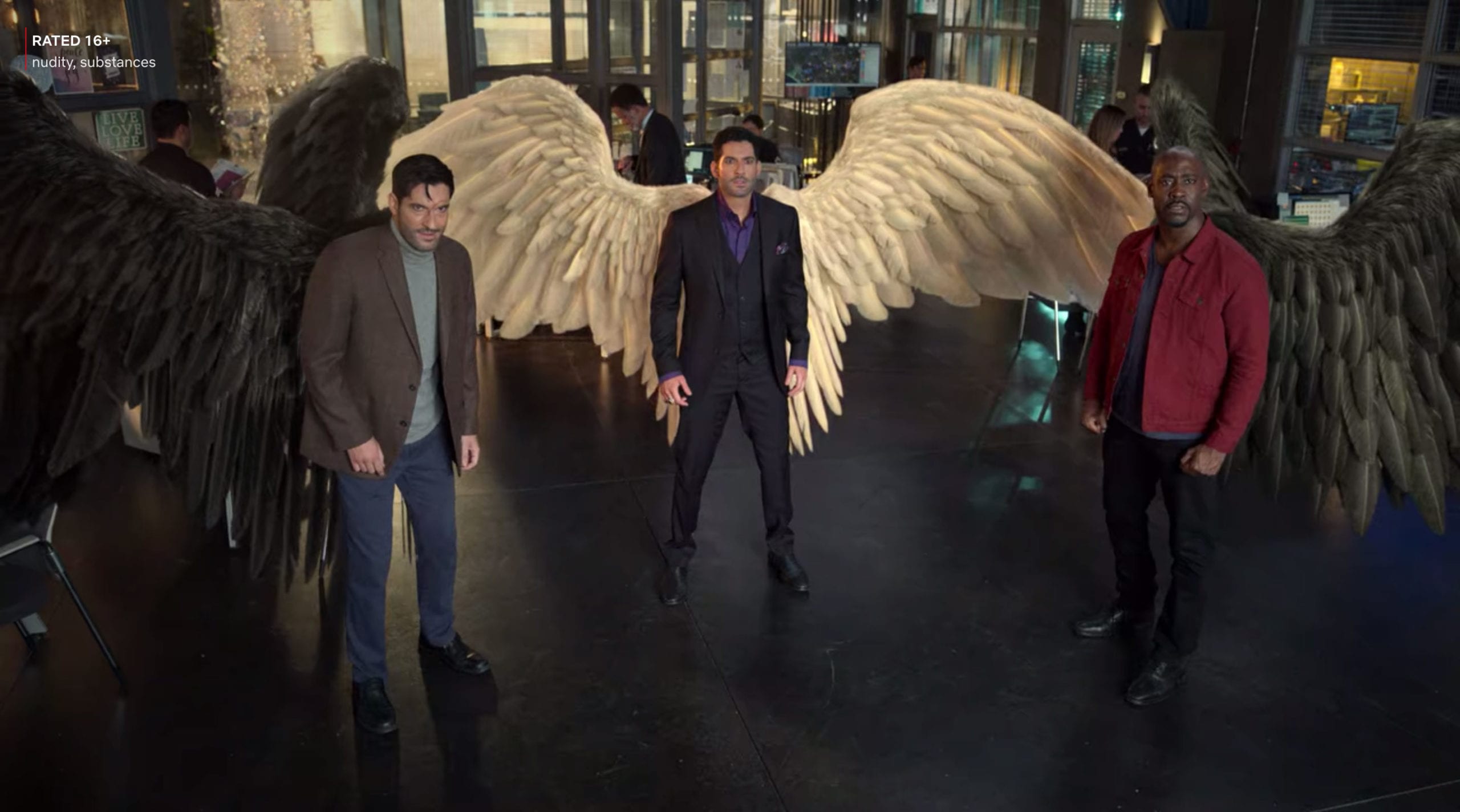 Oh, and did I forget to tell you that Dan has seen Lucifer’s devil face, has almost shot him on Michael’s behest, and now knows of the celestials masquerading as humans in their midst?

Also Read: Lucifer Season 5 Review: Despite Double Tom Ellis, Where In The Devil’s Name Is The Chemistry?

Lucifer Season 5 Part B: Daddy’s home, and it’s time for a family feud!

NGL, Lucifer Season 5 Part A was lowkey disappointing to me. There was none of that usual Lucifer mischief, the chemistry, the charm. Zilch. But it was only because of the actors, led by Tom Ellis in that double whammy of Lucifer and Michael, that I remained invested in the fate of these characters I’ve grown to care about. And God’s entry was definitely a kind of divine intervention that brought salvation. 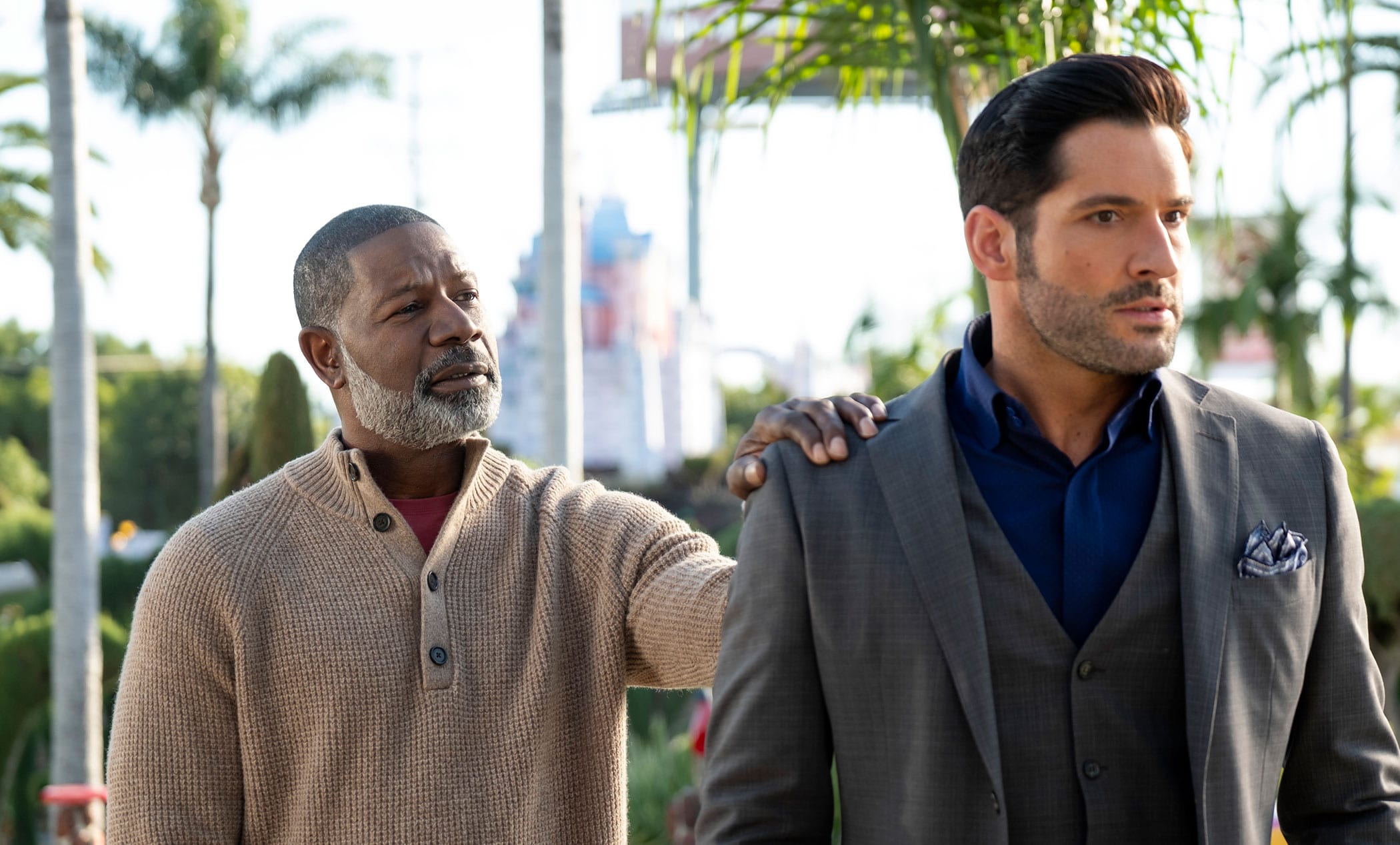 I am not new to this Michael vs Lucifer storyline, which sets store by the belief that while Lucifer may have had his moments, Michael is a bigger d**k than all the other angels. And the one who has royally screwed it all up with his hands-off parenting is God Almighty. I’ve enjoyed this dynamic in Supernatural, and the same principle applies here too: It’s the most fun when these cosmic stakes are tempered with family drama. As above, so below is not just something you say for the heck of it. The fact that families everywhere are dysfunctional because of an inherent lack of communication and huge egos on both sides is true not just in our world but also for those who we consider our ideals. And it was fun to see that dynamic play out when God tries to play Daddy to Lucifer, Amenadiel, Michael and the other angels, while also keeping his professional commitments are the creator and showrunner of this universe.

I was curious where the God track would lead, and it was an interesting raising of stakes that happened there. It paved the way to really delve deeper into the psyches of these main characters like Lucifer, Chloé, Maze and Amenadiel. You can really see how far these characters have come, and are excited for where they reach at the end of Season 5 Part B, before they can be rounded off in the show’s finale, Season 6. 5B really makes me glad there’s a Season 6 because nothing feels rushed so far.

Just as The Devil is a pretty interesting character to work with, so is God. There’s such a thin line, right? I was pretty excited to see what the Lucifer writers room would do with God. And apart from the whole father-sons relationship arc, what I loved was how God had individual storylines with each of the characters too, and not just the main ones. For example, his helping Ella accept who she is, or his cryptic advice to Mazikeen that would change her on a fundamental level, even his relationship with Linda and his grandson, Charlie. It was hilarious to watch Dan scurry around in fear, only just coming to terms with angels and demons and then finding out that… erm… he kinda slept with God’s wife, the Goddess of all Creation inhabitant Charlotte Richards’ body at one time, remember? Maybe you don’t, but God sure does!

In fact, Season 5 Part B is a lot about remembering what made Lucifer epic in the first place—the characters in this world you’re invested in, Lucifer being diabolical with his plans, and a lot of callbacks to its previous seasons. In one particularly amazing episode centred around Detective Dan Espinoza, we see a perfect balance struck between all of these.

Lucifer Season 5 Part B is then funnier, more diabolical, and action-packed than Part A. There were easter eggs and those typical Lucifer jokes which involve clever word play on everything celestial, which is one of my favourite things about the show.  I was constantly laughing, until the season unexpectedly delivered a few sucker punches, that brought out tears. And the finale was pretty epic. I had my theories and all, sure. But it was still incredible to watch the big battle play out.

Also Read: I Am Watching Lucifer On Netflix And Here Are 5 Reasons You Should Too

Some of my favourite things about Lucifer Season 5 Part B

Psst! We need to talk about the Detective

There were a few things I didn’t exactly make my peace with this half of the season. For example, God being a little too docile, or clueless despite being, as Lucifer puts it, all of the omnis—omnipresent, omnipotent and omniscient. However, let’s talk about something that bothered me a lot this season. And that is Chloe Decker, or the lack thereof. 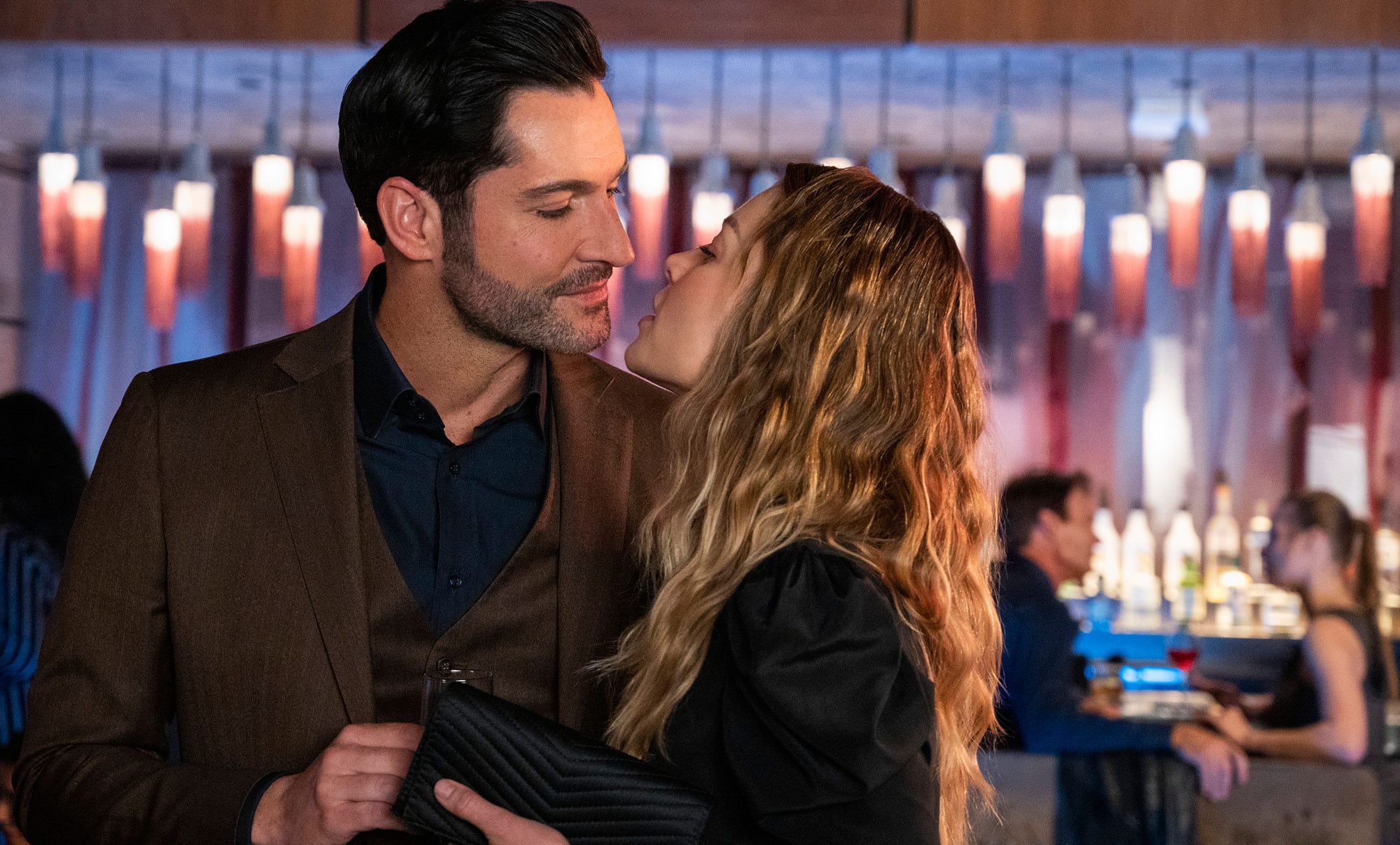 If you’ve read my review of Lucifer Season 5 Part A, I mention how it lacked the fire and chemistry between DeckerStar, considering they are the lead ship on the show. Usually, when you have a ‘will they – won’t they’ dynamic, it’s a win-win because the sexual tension that builds up gives such great pay off. Season 5 Part B has two solid pay off moments in terms of their relationship, which isn’t exactly much improvement from its predecessor. But this I forgive, because of where their story is going.

My problem then, is no longer with the couple, but with Chloe Decker’s character, which seems to have lost its bite. While ever character in the show got a meaty chunk in this part of the season, I felt Chloe barely got any. She spent half a season waiting for Lucifer to DTR and the final few episodes making another major life decision, once again for Lucifer. Her character saw no growth and was the most under-utilised of all. In fact, at a point, you almost doubt why Lucifer would be so crazy about this woman. I really hope that in Season 6, Chloe doesn’t get so overshadowed and gets to do some serious ass-kicking. 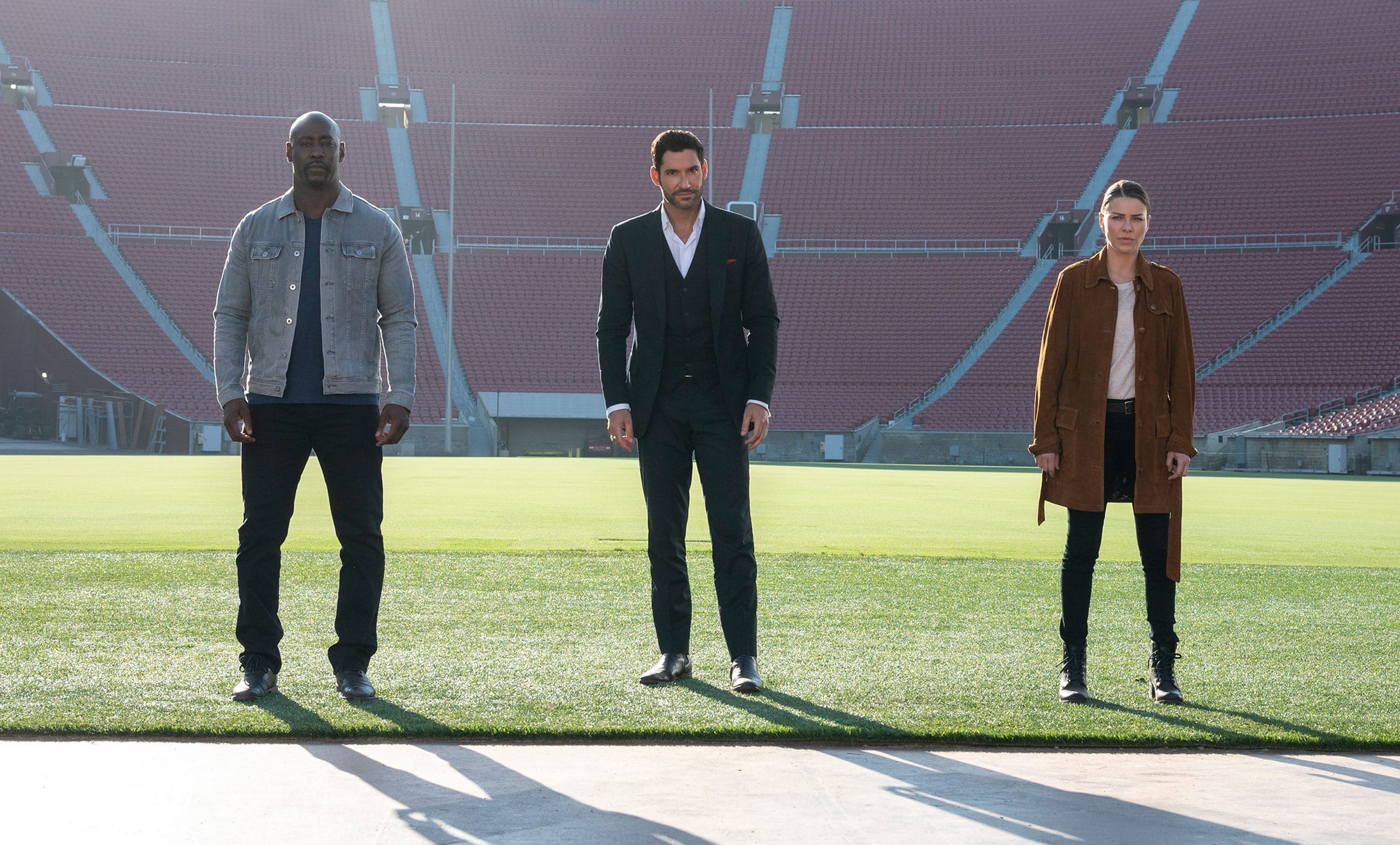 Lucifer Season 5 Part B reminded me after a really long time why I fell in love with this show in the first place. You see, The Devil has always been in the details. Lucifer’s humour, his parlour trick with desire,  the ways in which the celestials are human, the faith with which the humans carry on that sometimes serves up a lesson to divinity itself, and how these characters all have— maybe through therapy or their interactions with each other—really metamorphosed into who they are now. It has me quite excited for Season 6 because I really want to see where these characters go from here and their story, at least for the purpose of our viewership, ends. The slow burn of this series really paid off in this part when it came to character development and I am glad we get another season to nicely round it all up.

‘Maharani’ Review: A Brilliant Huma Qureshi Gives Us A New Heroine To Root For In This Political Drama That Gets My Vote