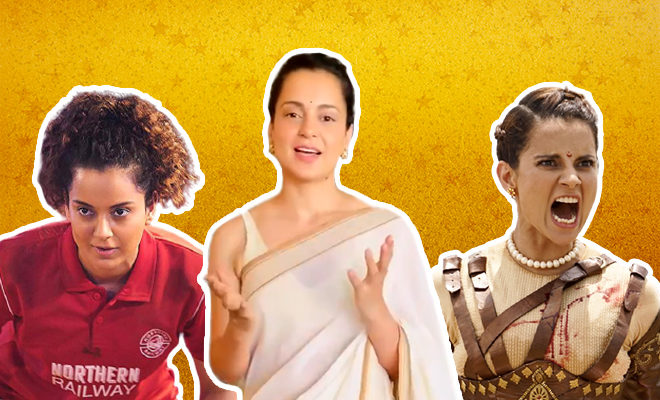 The National Film Awards are one of our country’s most prestigious entertainment awards. And it is also known that they’re rather predictable in picking their awardees. The ‘national’ sometimes also means ‘patriotic’ and driven purely by sentiment. So it came as no surprise that Sushant Singh Rajput’s Chhichhore won the Best Hindi Film National Award; Manoj Bajpayee won the Best Actor for Bhonsle, and Kangana Ranaut won the Best Actress for Manikarnika and Panga. The only surprise here was Bajpayee’s win, not because he wasn’t deserving, but because I was almost sure that SSR would get a posthumous recognition for it, considering SSRians would otherwise riot. And you know what, I’d still be okay with it, because Chhichhore is a lovely film and SSR was amazing in it. But Kangana Ranaut winning an award for Manikarnika… ummm… bring me some Hajmola because can’t digest.

I loved Ashwini Iyer Tiwary’s Panga, NGL. The film was exactly the kind of film that Indian society needs right now to slowly incept the idea into its head that women are more than just wives and mothers. Kangana Ranaut was already the annoying Twitter celeb by the time the film released but watching her in it was a stark reminder of the Kangana from Gangster, Fashion and Queen that we fell in love with. So simple and so effortlessly putting forth life lessons that needed to be learnt and truths that needed to be said.

However, Manikarnika, at this point, has become more of a forced acknowledgement, IMO. And it could be in huge part due to Kangana’s constant embellishments about how she changed the history of women-centric content with her one film. Spoiler alert: She didn’t. Just because a film is about a national hero does not entitle it for a National Film Award. Besides, the past two years have seen some stellar performances from female actors. If Manikarnika is worth an award, then I am a sure any of the others are more deserving. Had it even been just for Panga, I would’ve gracefully accepted it. But this feels like a nod to Kangana’s Twitter performance more than her on screen one.

Also Read: Kangana Ranaut Says No Woman-Centric Film Had An Impact As Great As Manikarnika

As if on instinct, I knew to check Twitter to see if the actress had posted something about her win. And I was bang on; she had. But while her Best Actress win wasn’t a surprise, since she is clearly a ‘national’ favourite, her speech video was definitely a surprise. Why? Because it was so normal and devoid of any negativity! OMG I could cry!

Kangana seemed to be channelling Jaya from Panga there, look lovely and speaking such nice words minus any vitriol and thankfully no Karan Johar-bashing either. Basically no panga with anyone, just a heartfelt thank you to both films’ makers and crew and her own team and loved ones.

Can we have more of this Kangana Ranaut please? Also, congratulations.