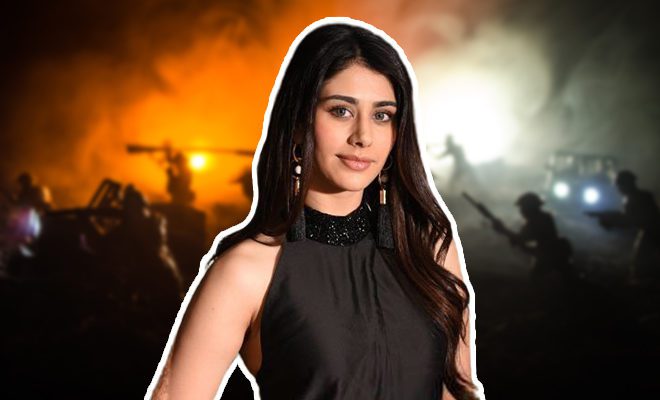 Warina Hussain Reveals How Afghanistan War Forced Her Family To Leave 20 Years Ago, Appeals To UN For Intervention

Our History textbooks tell us definitive dates from when the last World War ended. But it wouldn’t be a stretch to say that the world never really came off the brink of war since then. Maybe you and I, who’ve lived comfortably in our homes and only read about them in newspapers or watched terrifying visuals of them on our screens, didn’t exactly feel the reverberations of this war. But there are those who’ve lived their lives in its proximity, or at the dead centre of it. And their truth is more heart wrenching than we could fathom. With the US troops withdrawn from Afghanistan after 20 years, one war has ended, but another has begun. The Taliban has taken complete control of what they’re now calling the Islamic Emirate of Afghanistan, and the situation could deteriorate to catastrophic proportions from here on. As many people appeal for the international forces to intervene and help the Afghan people, one of them is actor Warina Hussain, for whom this cause is extremely personal.

The Loveyatri actor, in a recent interview with TOI, talked about the eerie similarities between what is happening in Afghanistan right now and what had happened 20 years ago. Warina and her family were forced to leave Afghanistan, in search for a better life that was not ravaged by war. And while she admits that she has lucky enough to find a safe home in India, the current Afghan immigrants have it much harder.

The sentiment expressed by Warina Hussain about the situation of the Afghan people echoes that of many others, who believe that the country has pretty much gone back to square one, when the United States in 2001 invaded Afghanistan and toppled the Taliban government. One of the many justifications cited for this invasion was to protect the safety of the women and children. And yet, it is ironic that US desertion of Afghanistan leaves the fate of these women and children once again at the mercy of the Taliban government. They claim they’ve changed and want women to be a part of the government and feel safe. But the reports coming out of the nation aren’t exactly reassuring.

As Warina put it in her interview, there is speculation that women are likely to go back to being treated as second-class citizens used as breeding machines, with the youth’s heads being full of hatred and violence. The actor has also appealed to the United Nations to intervene, speaking as an Afghan woman pleading to the international body to save her fellow Afghan women from their doomed fate.

The fate of Afghan people hangs in the balance. But the fear is getting increasingly real for the women in Afghanistan who are afraid of being forced in sexual slavery, forced marriages and deprived of education and basic freedom and agency, under the Taliban rule. And these fears are not without basis, since the Taliban has had a history of oppressing women under its rule. So no matter how many promises and reassurances they make, it all sounds rather hollow.