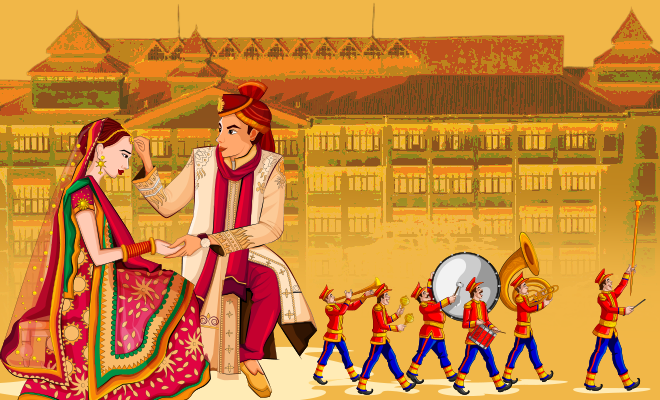 Cows are considered holy in our country and everything must be done to protect their rights. Don’t get me wrong, I am happy for them, but hello, why do the same people forget women have rights too? Ideally, more than a cow, but at this point equivalent to a cow might work. But why is it that our country places cows on such a pedestal? Because a cow says nothing as humans use her for their benefit. She is an example of servitude, sacrifice, and provision. And unfortunately, that’s how our society would like women to be too if they want the same respect. If they can’t consider you a motherly figure, you’re trash and don’t deserve respect.

You see how cows don’t really have bodily agency and as Joey puts it, their opinions are a “moo point”. As society would like it, we barely have any agency at all and nobody cares about what a woman wants. When we are young, our parents decide what we should wear, where we should go, what time we should return home, if we should date at all, etc. Of course, being sexually active while unmarried isn’t a choice. A woman is married off and she is expected to be sexually available as per her husband’s horniness. Her reproductive rights are violated, and she barely has access to contraception. This isn’t applicable to everyone and we are the privileged ones.

Recently, in a hearing related to an intercaste marriage, the Himachal Pradesh High Court said the sweetest words ever. They said that “a girl is not a cattle or non-living thing but a living independent soul having rights, like others, and, on attaining the age of discretion, to exercise her discretion according to her wishes.” Take my heart, take all of it.

Where a woman has been passing the most hideous observations when it comes to women, the bench of Justice Vivek Singh Thakur was rather liberal and woke. The bench was hearing a petition with regards to the marriage of an upper-caste girl with a scheduled caste boy. But if she is responsible to make her marriage work and not her family, relatives and samaaj, so why do they get to even have a say in it?

“The Petitioner (Man/Sanjeev Kumar) filed a petition claiming that Komal Parmar/Woman had been detained by respondent No.3, her family members and friends against her wishes, so as to prevent solemnization of marriage of petitioner with her. Further, it was also alleged that the only reason that petitioner belongs to a caste which is considered by family, relatives and friends of Komal Parmar a lower caste, is the cause of the whole incident leading to the abduction and illegal detention of Ms. Komal Parmar,” reports LiveLaw.in.

Thakur said the woman can choose to live wherever she wants. “We are living in a state governed by the Constitution and discrimination on the basis of caste by denying of right to choose spouse, is in violation of fundamental rights guaranteed under the Constitution of India,” Thakur said.

Referring to the Bhagavad Gita, the Court said that “discrimination on the basis of caste sometimes is propounded on the basis of some Smritis and Puranas, forgetting the basic principle that the highest source of religious norms are Vedas and anything in any other religious texts, including Smritis and Puranas, which is contrary to the principles propounded in Vedas, is to be considered ultra vires to Vedas and thus, contrary to Dharma and, therefore, is to be discarded.”

ALSO READ: In MP, A Man Was Asked To Marry Off His Minor Daughter For Accidentally Running Over A Calf. Cows Over Women, Clearly

The court also said that discrimination on the basis of caste is not just against the constitution but also against our dharma. Well, in a country like India, adding the dharma angle was a good move. Because religion teaches us love and forgiveness and acceptance. It doesn’t teach us violence and yet, what’s the state of things today?

It’s such a shame that a court has to point out that we have rights. Did you know that in Haryana, a cow will cost you more than a bride? Apparently, both are up for sale. A man no woman is willing to marry comes at the door of an impoverished family, takes away the “burden” of the house, and pays. A win-win? Except the woman is left to live a life of objectification and slavery while the sickening patriarchy continues to rotten our lives. People don’t care that these women must have basic human rights.

In a village in MP, a man who had accidentally run over a calf was asked to give away his daughter in marriage for redemption. A daughter for a calf…and that sounds fair? Sick!

ALSO READ: Inside Haryana’s Bride-Buying Culture: A Cow Will Cost You More Than A Woman