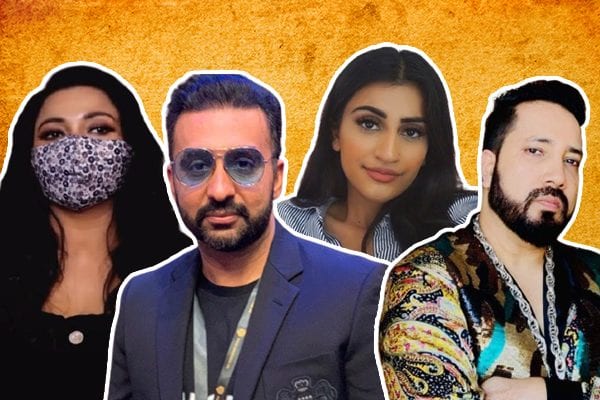 From YouTuber Puneet Kaur To Mika Singh, Here’s What They Said About Raj Kundra, The App And His Arrest

If you’ve been keeping up with the Kundras, there have been quite a few developments in the pornographic content case in which Raj Kundra, British Indian businessman and husband to actor Shilpa Shetty, has been arrested. According to Mumbai Police, Kundra is allegedly the ‘key conspirator’ alongside his brother0n-law, Pradeep Bakshi, in the case wherein their UK production house he is associated with uploading obscene pornographic videos online via a social media app called Hotshots. According to latest developments, the cops investigating the case have found evidence in the form of WhatsApp chats as well as some suspicious payment received by Kundra in his bank account. Meanwhile, there are several people, from arrested and out-on-bail actor Gehana Vasisth, a YouTuber Puneet Kaur, and even singer Mika Singh who have made statements to the media about Raj Kundra and his arrest.

In the wake of Kundra’s arrest, a video of model-actor Sagarika Shona Suman, from an unspecified date, has been doing the rounds. In the video, Suman has accused Raj Kundra of demanding an audition in the nude for a role in a web series he was producing. She was quoted saying in the video,

“I am a model and I have been working in the industry for 3-4 years. I haven’t done a lot of work. During the lockdown, certain things happened that I want to share. In August 2020, I got a call from Umesh Kamat ji who offered me a web series owned and produced by Raj Kundra. I asked him about Raj Kundra and he told me he is Shilpa Shetty’s husband. When I joined the video call, he demanded that I give a nude audition. I was shocked and I refused. The video call had three people, one of whom had their face covered and one of them was Raj Kundra, I think. I want that if he is involved in such things, he is arrested and such a racket is exposed.”

Now it must be noted that the man she mentions in this interview, Umesh Kamat, has also been arrested by Mumbai Police in this case. Kamat reportedly was an executive for the Kenrin Production house, the company that Kundra allegedly had a stake in, and which was bankrolling these videos.

Kaur is a YouTuber, who shared the news of Raj Kundra being arrested on her Instagram stories, accompanied by a revelation that Kundra had sent her a direct message some time ago on Instagram, ‘luring’ her for the Hotshot app. Puneet Kaur even shared an older video, where she along with two other guys were dissecting the verified DMs she had received on social media, and the trio discussed what could’ve possibly prompted Raj Kundra to send her that message. Maybe his account was hacked, one of the guys wondered.

This has been the weirdest comment on the whole scenario from a celebrity. While speaking to media, Mika Singh said that he believed Raj Kundra was a nice man, and that he had seen the app, which wasn’t so bad.

Looks like a convoluted web that the Mumbai Crime Branch will have to unravel to get to the truth.