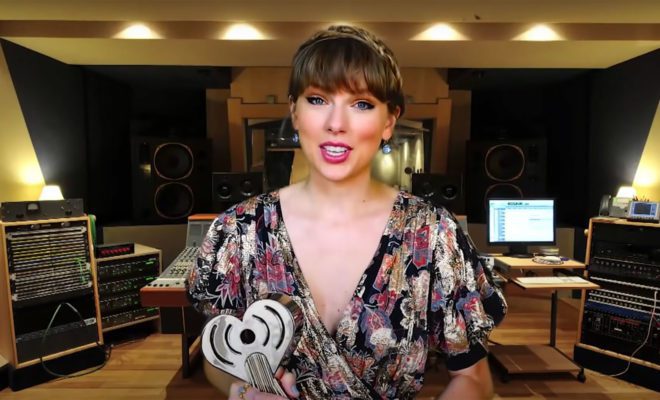 Taylor Swift Is A Proven Music Icon. Why Are Men Like Damon Albarn Still Doubting Her Success?

If you know anything about the music and entertainment world, you would’ve heard the name Taylor Swift multiple times. Taylor is not just a country or pop singer, she’s a global icon who has worked really hard to get where she is now. She started her career at the mere age of 16, the ‘You Belong With Me’ singer has sold more than 200 million records and received many accolades including 11 Grammy Awards, an Emmy award, 25 Billboard Music Awards, and 34 American Music Awards and proved her capabilities. But again and again, some people (mostly men) try to downgrade her achievements *coughs Kanye West coughs* and we are so done with it. Leave her alone, please!

Recently, the singer and lyricist of the rock band Blur, Damon Albarn gave quite a controversial statement about Taylor Swift. He said that the ‘Willow’ singer does not write her own songs *sighs heavily*. She was quick to call out his demeaning remarks on Twitter and clarified that she does write her own song which we already know. After that, he immediately apologised to her.

Taylor hits out at Damon Albarn for saying she doesn’t write her own songs.

@DamonAlbarn I was such a big fan of yours until I saw this. I write ALL of my own songs. Your hot take is completely false and SO damaging. You don’t have to like my songs but it’s really fucked up to try and discredit my writing. WOW. https://t.co/t6GyXBU2Jd

Damon Albarn was quick to apologise to Taylor unreservedly and unconditionally, that was a smart decision!

I totally agree with you. i had a conversation about songwriting and sadly it was reduced to clickbait. I apologise unreservedly and unconditionally. The last thing I would want to do is discredit your songwriting. I hope you understand. – Damon

But the whole point is why people like Damon Albarn are still judging Taylor Swift’s major success as a major singer and she always has to prove herself to these people? People consider her an easy target just because she’s a woman. Now we know that a lot of people will disagree and will say not to play the so-called women card or a victim card but we all know that’s the truth. And talking about her talents, Taylor Swift single-handedly recorded and released the album ‘Folklore’ and her fans from all over the world. So just remember, she is a queen and a talented musician.

Also Read: Taylor Swift Did Her Own Hair And Makeup, Wrote And Directed Her ‘Cardigan’ Music Video In Lockdown. And Her Fans Are In Awe!

All and all, Taylor Swift is not some random singer who writes songs about her exes, she’s a global icon and a brilliant songwriter. So stop messing with her and focus on your own life, for god sake!

Taylor Swift Is The Most Influential Person On Twitter, PM Narendra Modi Is A Close Second