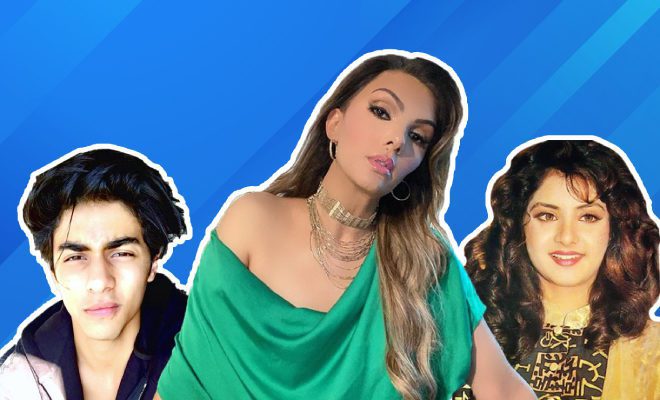 If you’re on any social media or watching the news lately, there is a very low chance that you might not be aware of the Mumbai cruise drug raid. A drug raid that led to the arrest of Shah Rukh Khan’s eldest son, Aryan Khan. Since his arrest by the Narcotics Control Bureau (NCB), a lot of actors and celebrities have come out and extended their support to him and his family. In fact, a lot of celebrities were also seen visiting Shah Rukh Khan’s home to lend their support, one of them being Salman Khan, while the others took to their social media and expressed outrage over Aryan’s arrest. Actor Somy Ali too took to her social media and opened up about trying pot with the late actor Divya Bharti, while also extending her support to Aryan Khan.

Somy Ali joined the list of actors who came out in support of Aryan Khan when she shared a picture of Aryan Khan on her Instagram account and lent her support to the youngster. She wrote a long note where she revealed that it is rather common for young people to experiment with drugs, and that she too had tried pot when she was 15 years old and later on with the late actor Divya Bharti while they were filming a movie together.

The former Bollywood actress wrote in her Instagram post, “What kid has not experimented with drugs? Give me a big freaking break! And let this kid go home. Drugs, similar to prostitution, will never go away which is why both should be decriminalized. This is the epitome of a kid being a kid scenario. No one is a damn saint. I tried pot when I was 15 and then again with Divya Bharti during the shooting of Andolan. No regrets!”

Coming out in support of Aryan Khan, she blamed the judicial system for using Aryan Khan to prove a point. Somy Ali further compares India with the US and states that they have been fighting a war with drugs forever and yet the people can easily access drugs if they want to.

Somy Ali concluded her Instagram post by saying, “My heart goes out to Shah Rukh and Gauri and my prayers are with them. Aryan, you have done nothing wrong and justice will be served, kiddo. #freearyan #facade #justiceforaryan”

Also Read: Somy Ali Says She’s Not In Touch With Ex-Boyfriend Salman Khan, Doesn’t Know How Many Gfs He’s Had Since

Somy Ali along with other Bollywood actors has come out in support of Aryan Khan and stated that he is just a kid who was at the wrong place at the wrong time. I don’t know how much of it is true since I don’t have all the facts. But I do believe that our justice system will make the right decision. As of now, it is all a waiting game. And as for the youngsters taking drugs, I believe that if someone really wants to do them, they’re going to find a way to do so. Besides, if there is such a huge problem of illegal substance abuse, why are we not talking about legalising it?