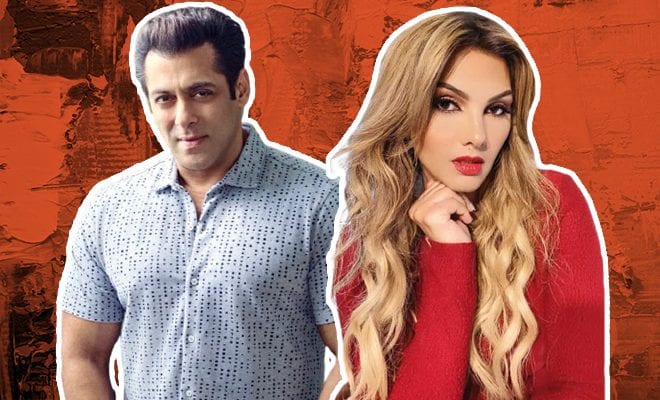 Somy Ali Says She’s Not In Touch With Ex-Boyfriend Salman Khan, Doesn’t Know How Many Gfs He’s Had Since

I am surrounded by a bunch of friends with different takes on relationships and breakups. There are some of them who, now for years, have stayed loyal to their very first partners. And then there are those who have not been so lucky in their relationships and have moved on to try others. Even in the ones who have moved on to others, some have kept in touch with their exes, while others have found it easier to cut all ties with their exes. But unlike my bunch of friends, not everyone can have their relationship status under wraps. Especially the actors and actresses. And most recently, a burned-out flame of Salman Khan – Somy Ali – talks about the nature of their relationship over the years.

Recently, in an interview, Somy Ali opens up about how it has been five years since she has spoken to Salman Khan. She revealed that it was “healthier” for her to move on rather than holding on.

It was reported that Somy Ali and Salman Khan had dated each other for eight years until they parted ways in 1999. In fact, in her interview, she even said that the shelved movie project was a metaphor for her and Salman Khan’s relationship.

Somy Ali was supposed to star alongside Salman Khan in her debut movie “Buland.’ They even reached Kathmandu to kick off their shoot, but due to some problems with the producers, the movie was never made.

In the interview ETimes, now US-based Somy Ali said, “Salman had just begun his home production and was looking for a leading lady to star opposite him in the film called ‘Buland’. We went to Kathmandu to shoot; unfortunately, I was too young and new in the industry and there was some problem with the producers and the film was shelved. So it was a metaphor for our relationship I would say.”

Both Somy Ali and Salman Khan broke up in 1999 after dating each other for eight years. The reason for their breakup, according to Somy Ali, was that Salman Khan had cheated on her. He had been unfaithful in their relationship which caused them to break up. And even after that, they had been in touch until a few years ago where they hadn’t spoken to each other.

This is not the first time that Somy Ali has spoken about their relationship with Salman Khan. For instance, in 2012, Salman Khan had made headlines with the media stating that he had hit his ex Katrina Kaif on the sets of their film, Ek Tha Tiger. At that time, Somy Ali had come in defense of him, stating that Salman Khan is not abusive as the way he is portrayed.

In an interview then, Somy Ali spoke about how she had never faced abuse from Salman Khan, nor had she seen him being abusive towards anyone else. And when speaking about the incident with Katrina Kaif, she said that one can never be too sure with regards to Bollywood gossip.

Former girlfriend, Somy Ali even put an end to one of the rumors about her and Salman Khan. There was a rumor going around that Salman Khan had smashed a cola bottle on Somy Ali back in the 90s. She said that it was untrue and that he was angry because she was trying alcohol for the first time and so he poured the entire drink on the table. But the media had added their own variations and blew the entire incident out of proportion.

Coming back to Somy Ali’s present equation with Salman Khan, they have not been in contact with each other for the last five years. In fact, she was seen wondering how many girlfriends Salman Khan has had after they broke up in 1999. In the interview, Somy Ali said, “I have not spoken to Salman in five years. I think it is healthy to move on. I have moved on and he has moved on too. I don’t know how many girlfriends he has had since I left in December 1999. I wish him all the best. I know his NGO is doing brilliant work and I am proud of his Being Human Foundation. Psychologically, it is healthier for me to not be in touch with him. It is good to know he is in a good place and he’s happy, and that is all I care about.”

One thing from the interview is clear that there are no hard feelings between Somy Ali and Salman Khan. It has been almost 20 years since they parted ways and they both seem to be doing good in their careers and personal life. And isn’t that what a healthy breakup is? Where you and your ex may or may not be in touch but wish the best for each other?