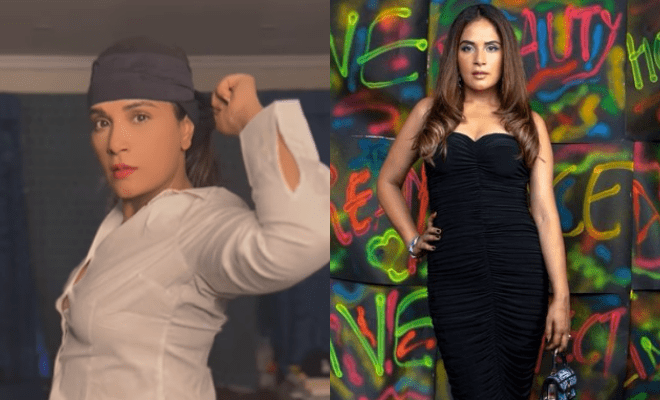 Actors these days not are entertaining their fans with their cinematic projects but are also making them laugh by making reels on the ongoing social media trends. It is really funny to see them make reels and make a new rendition of it. Well, currently, Kikimoteleba’s song Tigini has taken social media by storm as people are getting as creative as they can and making reels on this track. Well, actor Richa Chadha also hopped on to this trend and made a hilarious reel which she dedicated to the OG rapper Baba Sehgal! We cannot help but laugh out loud at this one!

The video starts with Richa putting on a white shirt and then trying a scarf on her forehead. Then, she also acts like she is trimming some of her cat’s fur (but she actually isn’t, so chill!). Finally, the reel transitions into one of Baba Sehgal’s music videos titled Dil Dhadke on which Richa had based her look.

In the caption of the post, the Fukrey actress wrote, “Dil Dhadke… #90skid (laughing emoji) Homage to the rapper number one, the OG @babasehgal , thanks @alifazal9 for camera and Kamli, well snicker emoji). PS guys I am a pet parent and obviously it’s NOT Kamli’s hair. No animals were hurt in the making of this video. Meow (cat emoji).”

Richa’s reel was loved by her fans and even her celebrity friends alike. Gauahar Khan, Esha Gupta, Pulkit Samrat and Sanya Malhotra were among those who dropped comments on the reel. Sanya wrote that she ‘killed’ it with this reel whereas Gauahar said that it was a hilarious rendition. 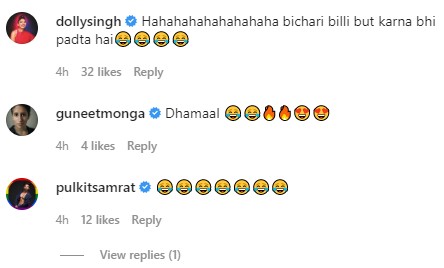 Meanwhile, on the work front, Richa was last seen in the series The Great Indian Murder and will next be seen in Fukrey 3.

Jacqueline Fernandes’ Assets Worth Rs 7.27 Crores Seized By The ED Over Her Ties With Conman Sukesh Chandrasekhar