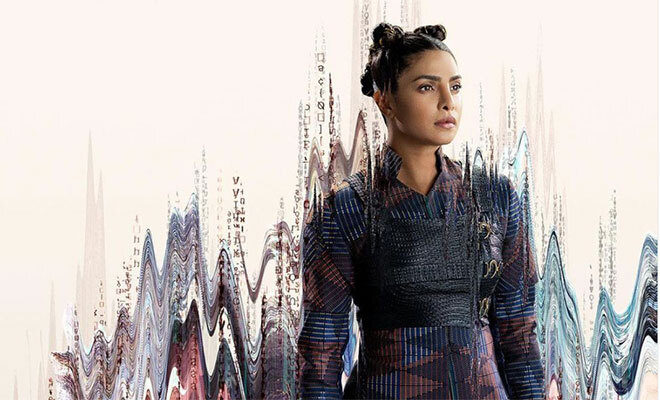 Can we all agree that The Matrix is one of the most iconic franchises in cinema history? The intricate storytelling and world-building are so mind-boggling that I believe that if The Matrix (1999) was released today, it would still be just as successful. Not to mention how dreamy Keanu Reeves was ( and still is). Like… who doesn’t love Keanu Reeves? Okay okay, my love (and negligible crush) on this man is making me digress. So as you guys must know, the fourth instalment of The Matrix franchise is coming up featuring Priyanka Chopra! The movie is titled The Matrix Resurrections and the trailer was released on September 9 2021 and the movie is set to be released on December 22, 2021.

Priyanka Chopra took to Instagram and posted the poster of the movie featuring her in character. Her new avatar was extremely cool and endearing as she captioned the post saying, “And she’s here. Re-enter #TheMatrix 12.22.21”

She received a lot of praise for her work on the posts, from fans and friends alike. All comments were supportive showing the kind of support Priyanka Chopra has for her endeavours such as The Matrix Resurrections. She does have a very fleeting scene in the trailer but it was enough to get all of us desis excited to see our own girl out there, making a mark in one of the biggest movie franchises that there is. Other than The Matrix Resurrections, Priyanka is also set to be seen in Farhan Akhtar’s upcoming Jee Le Zaraa alongside Alia Bhatt and Katrina Kaif.

I am beyond excited for all of Priyanka’s upcoming work but I am more excited to see her star in a movie like The Matrix Resurrections. Considering that it is such a deviation from the kind of roles we have seen her in (and to be honest, Priyanka Chopra has never disappointed me, even while playing the most unconventional roles), I am more than looking forward to seeing her make a lasting impression on the international audience with The Matrix Resurrections.

From Rajkummar Rao And Patralekhaa’s Wedding Invite, Guests, To Their Engagement Video, Here’s Everything We Know