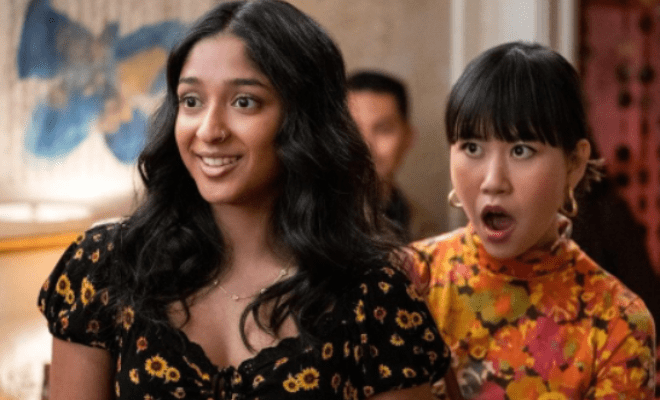 The audience absolutely loved Netflix’s coming-of-age drama series Never Have I Ever. The show is highly appreciated for having a south-east Asian actor, Maitreyi Ramakrishnan, in the lead role in an American series. The series is created by Mindy Kaling and Lang Fisher and is said to be closely based on the former’s childhood. The first season of the show premiered in 2021 and it was renewed for its second season in 2021. After binging on it, fans were eagerly waiting for updates on the third season and their wish has been granted! Yes, the release date of Never Have I Ever season three was announced on May 8. Not just this, the first look pictures from the third season were also dropped!

Release Date Of Never Have I Ever Announced

The pictures were shared on the official handle of the show and also informed that the third season of Never Have I Ever will premiere on Netflix on August 12, 2022. The first-look pictures saw glimpses of Devi aka Maitreyi and her friends in high school. The very first photo is that of Devi and Paxton who are lovingly looking and smiling at each other. In the pictures ahead, Devi is also seen having a moment with her mother, Dr Nalini and Devi are holding each other. The pictures were shared with the caption that read, “ok i am ALSO not lady whistleboy but i do have the tea… never have i ever returns august 12!!!!!”

A post shared by Never Have I Ever (@neverhaveiever)

Maitreyi also shared a couple of pictures on her Instagram and wrote in the action, “oh Devi, what on earth will you do… see you all on AUGUST 12TH FOR SEASON 3 (red heart emoji).”

Also read: Mindy Kaling Announces ‘Never Have I Ever’ Renewed For Two More Seasons. Season 4 To Be Its Last!

Fans have flooded the comment section of the post by mentioning which team are they on – Team Ben or Team Paxton!

We are so excited to see what new unfolds in Devi’s life in the third season!