Raise your hand if your sex life has felt personally victimised by the coronavirus pandemic. If it was dry spell in real life, there was one in reel too. Thanks to the pandemic delays, Sex Education Season 3 has been a long time coming. Pun intended. And when a show is as consistently good as this one, you begin to wonder if the new carpet will match the drapes this time as well. Well, some of us know that having sex is like riding a bicycle. And then there are those who think their hymen might grow back because of the absence. Luckily for both these audiences, there’s good news. The spanking new season of Sex Education on Netflix hits the sweet spot. In fact, this show, created by Laurie Nunn and starring Asa Butterfield, Gillian Anderson, Ncuti Gatwa, Emma Mackey, Aimee Lou Wood, Connor Swindells and more, goes hornier, gets more inclusive in every way, and pushes in deeper in search of the Big O and the Big E (emotions).

Alright, so Dr. Jean Milburn is pregnant but broken up with Jakob. Ola and Lilly, our glorious writer of alien sex fantasies, are in a relationship. Eric dumped Rahim and is dating Adam. The sex clinic is gone for good. Principal Michael Groff has been fired and he and his wife Maureen are separating. Maeve’s step-sister Ellie will probably be taken into foster care once she called the Child Services on their mother. And while she was sorting all that out, her neighbour Isaac deleted the voicemail that Otis sent her apologising for the behaviour at his house party and telling her he loves her. Ouch. Although we probably shouldn’t feel too bad for OT here, because guess who had sex with Ruby, the most popular girl in school at his party?

Sex Education 2 ended on quite the cliffhanger with the deleted voicemail making fans hate Isaac with the fire of a thousand suns, and plunging them once again into the “will they won’t they” dilemma that is Otis and Maeve’s relationship kink. I kid you not, this couple wouldn’t function if they were being vanilla committed to each other without an obstacles. The pining and longing stares are what fuels their fire. Do I know what happens with them? Yes, of course I do. But this review is going to be the equivalent of you lying blindfolded in bed, being pleasured with just the right amount of knowledge about why this season is so good, and seeing no spoilers at all.

So, shall we begin, lover?

Also Read: 5 Thoughts We Had About ‘Sex Education 3’ Trailer: Happy Otis, Maeve, Eric Are Back, But What About That Voicemail?

As per the official Season 3 synopsis, Otis is having casual sex with Ruby. Eric and Adam are officially dating, and Jean has a baby on the way. Meanwhile, new headteacher Hope Haddon makes quite the impression on her students before turning full-blown Professor Umbridge from Harry Potter as she tries to return Moordale to a pillar of excellence instead of the ‘sex school with the chlamydia outbreak’ that it is now know as. She begins imposing decree after decree. Instead of taking cues from Dr. Milburn’s book that advocated an open SRE (Sex and Relationships Education) curriculum, Hope pushes for abstinence and the age-old fear mongering of pregnancy, STIs and HIV to deter students from having sex. Meanwhile, in the aftermath of her sexual assault, Aimee discovers feminism and a penchant for baking vulva cupcakes in all shapes, colours and sizes. Jackson gets a crush. Vivienne gets a new responsibility at school. And a lost voicemail still looms.

The new season begins in the most explosive, erupting manner, with a montage of our favourite couples and singles from Moordale in the throes of passion, crescendoing into a sweet, sweet release, set to ‘I Think We’re Alone Now’ by The Rubinoos. No kink is too much here—it ranges from phone sex to VR sex to alien role playing. So when I say this new season is inclusive, I don’t just mean in terms of sex. This season, we explore the stories of characters that are scattered wide on the gender spectrum, with the introduction of Cal, who identifies as non-binary and struggles against the new head teacher Hope’s fascist school policies. We also get characters across age groups, and the problems that come with being adults who are not in school anymore. So we’ve got Jason Isaacs as Peter Groff, the overachieving brother of Principal Groff, who lends insight into the Groff family’s legacy of being bullies because of daddy issues. 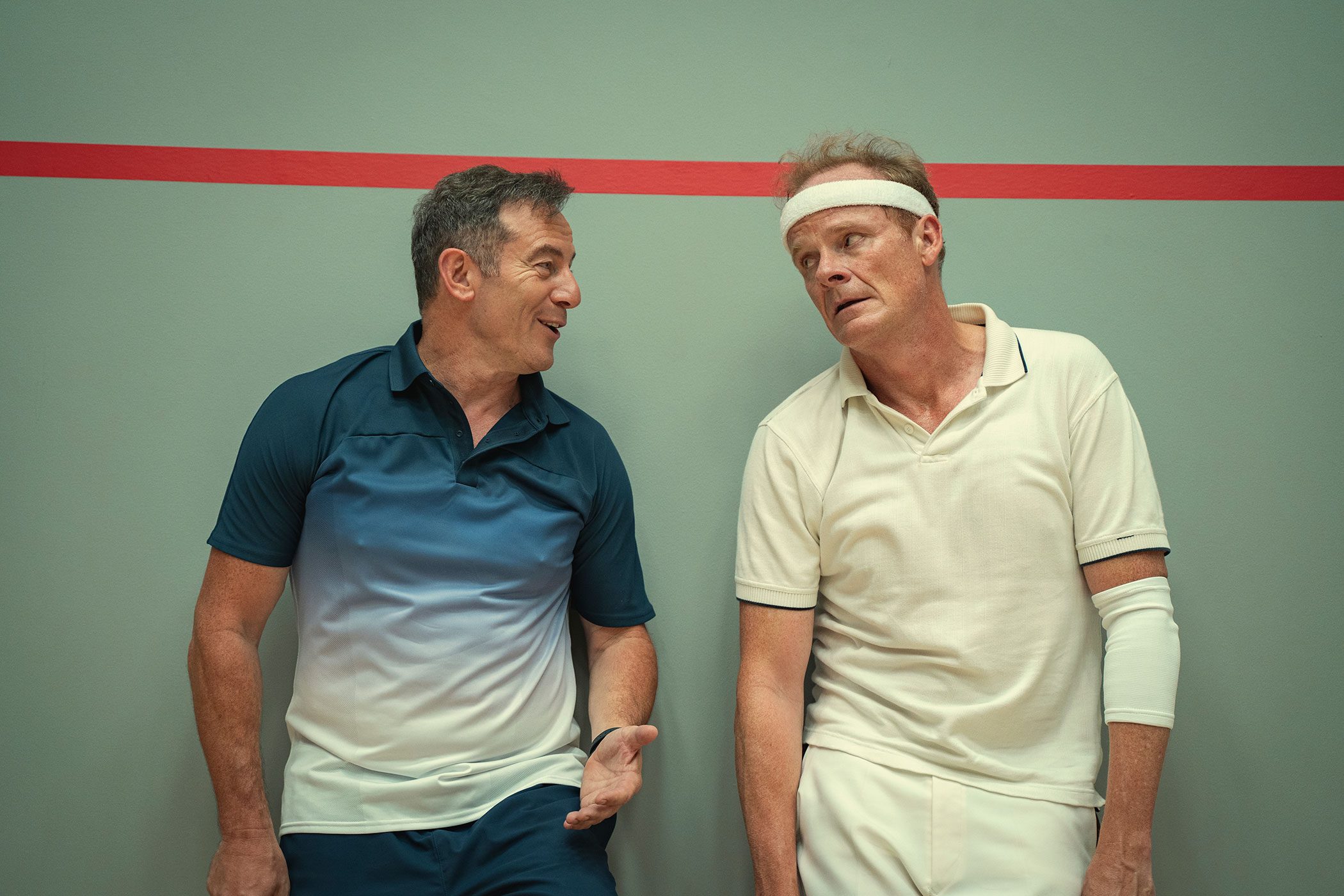 When I say inclusive, it isn’t just about having a diverse cast and character roster, but also diversifying the kind of themes that get tackled, from penis size complexes, the fickleness of young love, and HIV to pregnancy complications, consent and the price you pay for non-conformity. The overarching theme for this season, though, is definitely self acceptance, and it comes across through the stories of every character, particularly Aimee, Lilly, Eric and more.

The series continues to build on the premise that abstinence in the face of raging hormones will never work, and knowledge is always better that half-truths. It reiterates that issues about sex aren’t always about sex, but have emotional origins. What works for me, and for most of the show’s audiences, is that even when it is handling heavy material, Sex Education does not get sappy or preachy. It keeps it light and witty, and continues to channel the 80s and 90s coming-of-age movie vibe that will make you think of your favourite John Hughes film (It’s always The Breakfast Club for me). What I also realised while watching this show is that the adolescents aren’t prone to inexplicably stupid decisions, which seems to be a recurrent trend in similar films and series about them now. 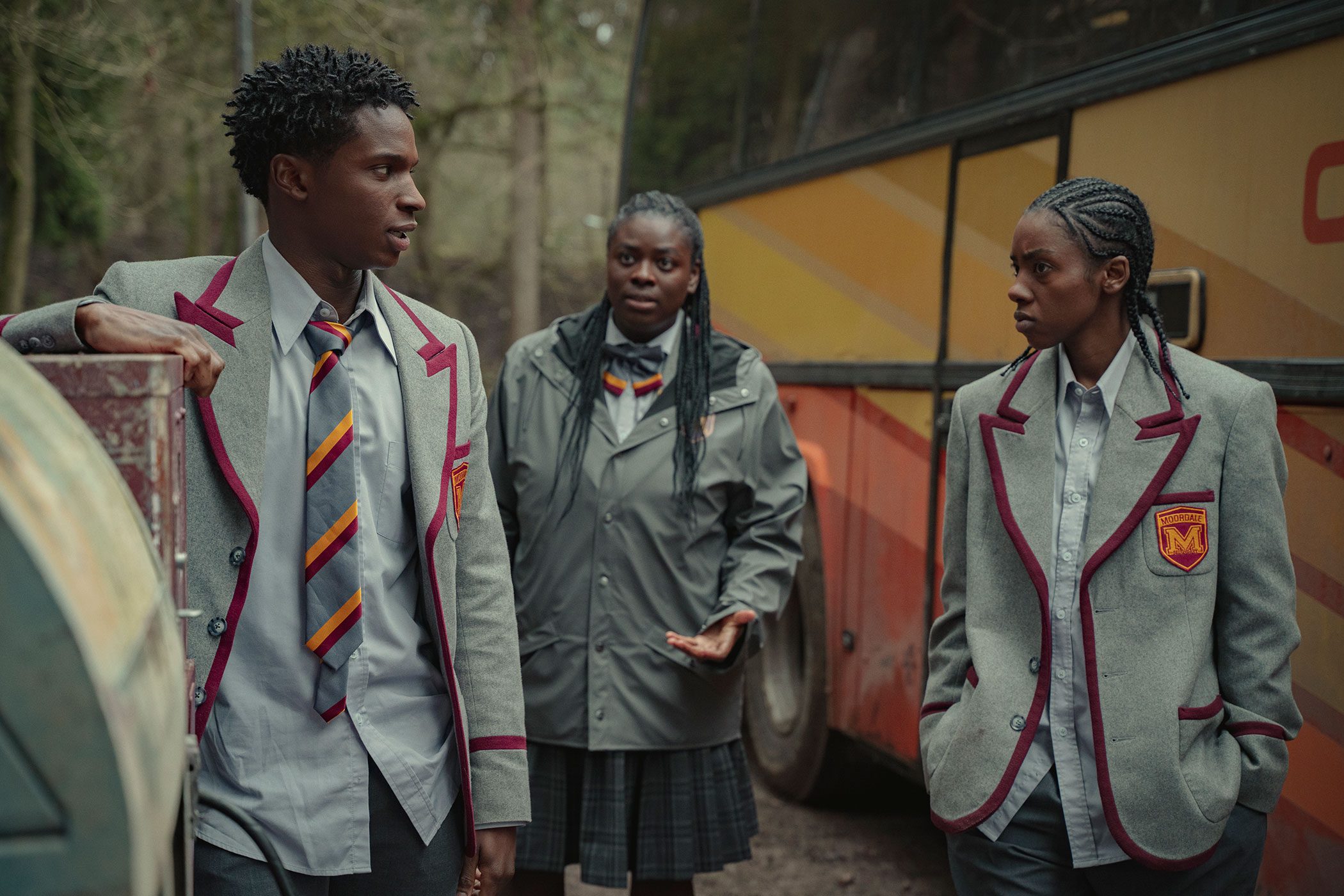 In fact, I think this series is quite the education in how to subvert the clichés that it borrows from these young adult films and so inspiringly flips on their head. For example, we have the Mean Girl, who we know is mean for a reason. But when the reason unravels, and so does she, it isn’t in the usual way. God forbid if they ever turned the magnificent Eric Effiong into just another gay best friend. We get a nice glimpse into Eric’s Nigerian roots which then cascades into events that change the course of his relationship with his mother, Adam and himself. There’s also the expected student uprising to fascist policies implemented by the head teacher, but if you thought a sexually suggestive alien stage production in the last season was bizarre, you should see what Moordale High students have in store for you this season.

What also keeps you on your toes is knowing that the writers are in no rush to bring closures to characters and  expected couples. Maybe you know their endgame, but that doesn’t mean they’re not going to have some casual boinking and experimenting with their life choices on the way. And so every step these characters take is fraught with nervous tension and frustration for you, the audience. You know that what they are doing is only natural, perhaps even what’s good for them. But the fact that it comes at the cost of something else that is good in their lives is what keeps the conflict alive. 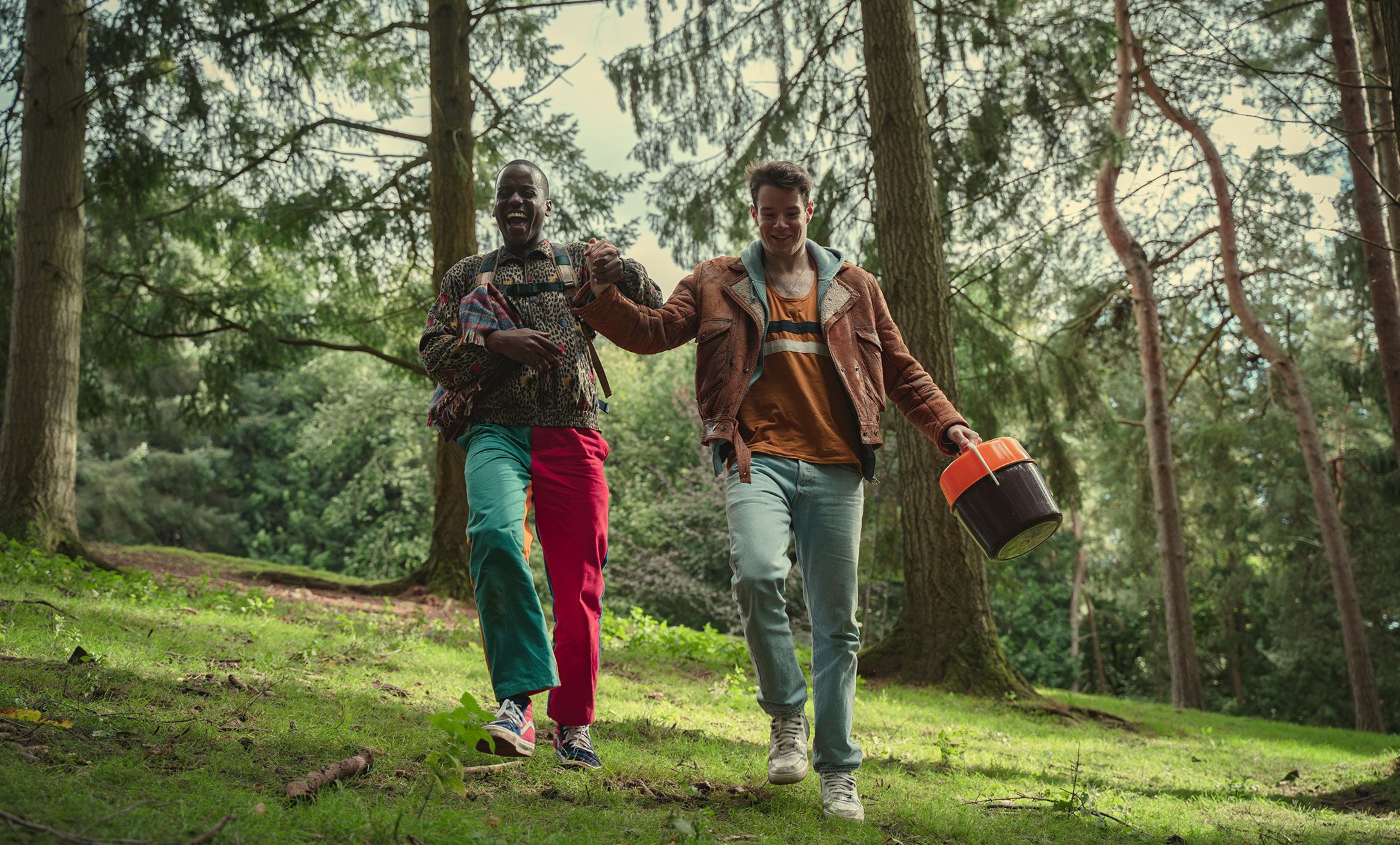 Otis, Maeve, Eric and Jean might seem like the lead characters of Sex Education, but the show has since Season 2, decided that it is a full-blown ensemble gig. Which means the other characters, like Aimee, Jackson, Vivienne, Cal, Ola, Lilly, or even the head teacher Hope or Adam’s dog, Madam Groff, aren’t just one-dimensional supporting characters in Otis’ story. They have their own emotional development happening steadily and in a non-rushed manner. So if you, like me, did a Seasons 1-2 binge-watch before watching Season 3, you will actually see how far they have come!

The writing in Sex Education continues to be droll, British humour that is bound to crack you up and call you out. And the music is true to its 80s and 90s vibe, with songs like ‘Then He Kissed Me’ by The Crystals, even if the phones that these kids are using look 2010s. I love how this show exists in this time limbo where you can’t exactly point what year it is.

I particularly love the scenes that feature Eric, Adam, or Aimee, because they have the best lines, and Connor Swindells and Aimee Lou Wood are just brilliant when they deliver these lines with a straight face. I think they’re both my favourite performances from this season, with Ncuti Gatwa’s Eric being the second, and Asa Butterfield’s Otis coming a close third. I live for Otis and Eric’s friendship!

Actually, at the cost of sounding like being stricken by the halo effect, I love this entire cast so much. This season gave a lot of flexing space to Alistair Petrie as Michael Groff as he deals with unemployment, a broken marriage and a bullying elder brother, as well as the other teachers, Jim Howick and Rakhee Thakrar who play Mr. Hendricks and Miss Sands, as they try to take the students’ side in the storm stirred by the new headteacher. 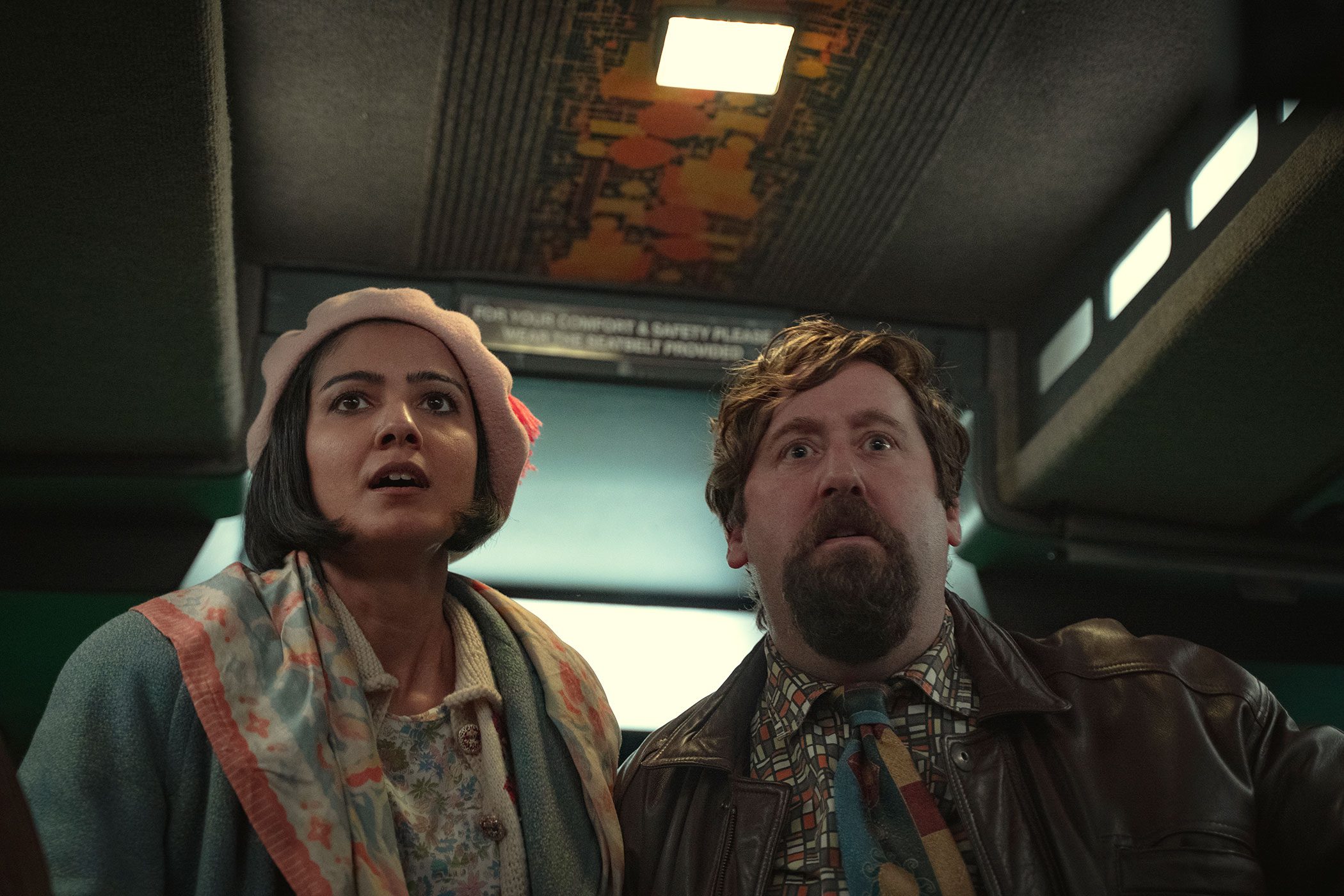 Speaking of Hope, Jemima Kirke is as impeccable as the headteacher as is her lipstick and heels are in her introductory scene when she dances on to stage like the cool principal we know she isn’t. And this one scene between George Robinson’s wheelchair-bound Isaac and Emma Mackey’s Maeve is so beautifully done! I love when Emma Mackey smiles, have I told you that?

But if you ask me, the season, or rather Sex Education itself, scores its biggest win because it isn’t afraid to get naked about the subjects it has decided to broach. It doesn’t half-ass anything at all, and chooses to get explicit where needed, which perhaps is the need of the hour. Because long have these conversations around sex, menstruation, genitals or heck, even poop remained taboo because that’s not what decent, good people do. And who knows that, or identifies with that, better than us Indians, right? Speaking as an Indian woman, I find watching Sex Education so liberating. It makes my jaw hang open in shock, and makes me avert my eyes when things get cringe (watch out for the Paris trip, folks, it’s a doozy), but mostly it makes me wish we could be this open when talking about penises and vulvas and female pleasure. 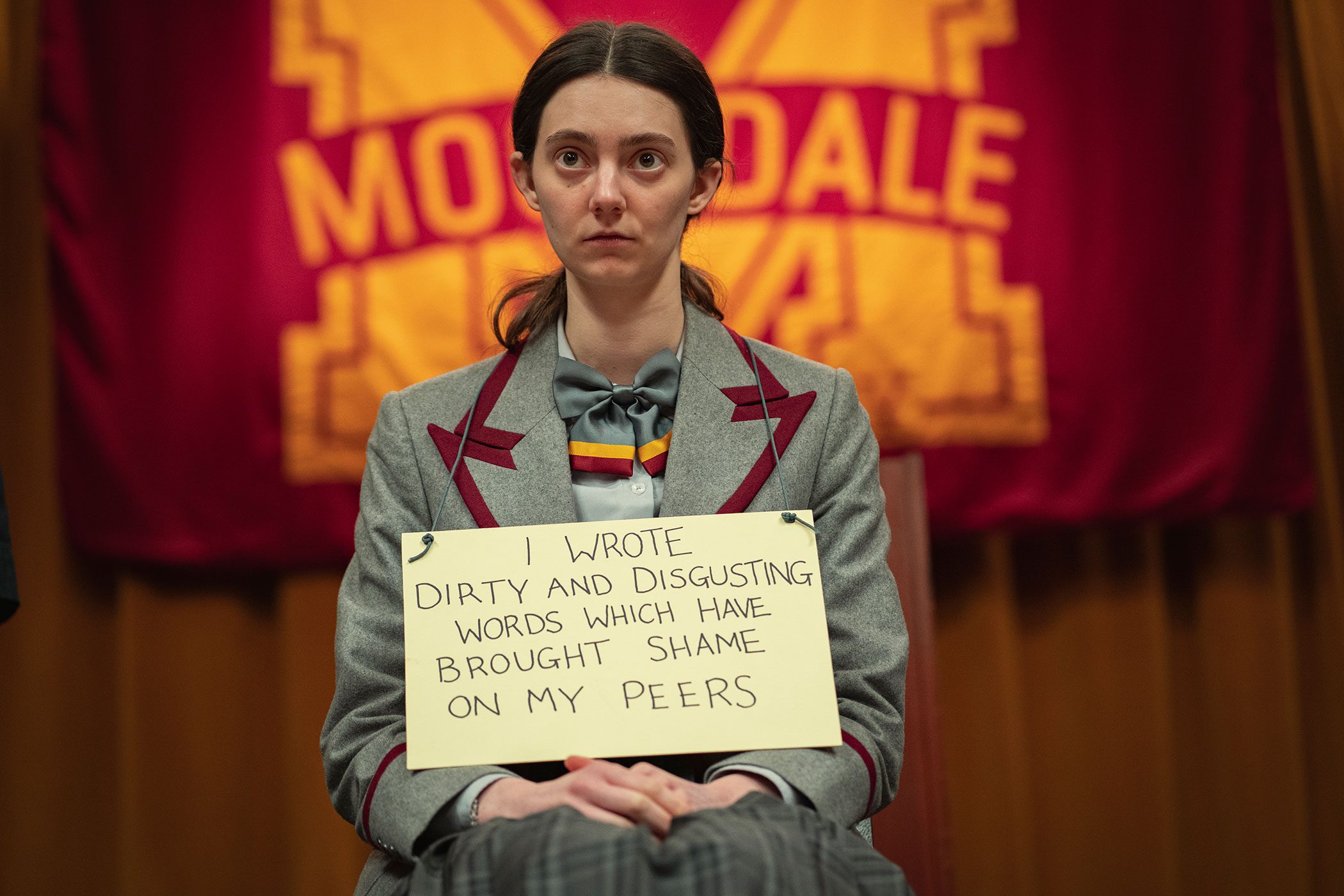 Here’s what you’re going to do. When Sex Education Season 3 drops, you’re going to slip into something comfortable, grab your favourite person or go solo, jump into bed (or on the couch, whatever’s comfortable) and you’re going to go all night long… until you finish binging the whole season. It’s a perfect follow up to this series which does a fantastic job of imparting not just sex education, better than most schools or parents are able to do, but also ideas of accepting ourselves for who we are, and never hiding that part of us. While I don’t want to ruin the surprise for you, Season 3 ends in the most unexpected way, which ensures that even after school year ends, our romps won’t have to stop.

Sex Education Season 3 will begin streaming on Netflix (for your pleasure) from September 17, 2021. NSFW. Use headphones.

Lucifer Season 5 Review: Despite Double Tom Ellis, Where In The Devil’s Name Is The Chemistry?