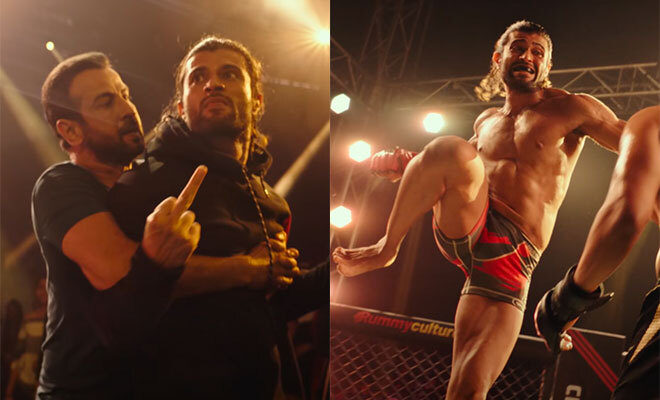 ‘Liger’ First Glimpse Is Here And Would You Look At Vijay Deverakonda?!

With very chaotic and confusing 2021 coming to an end, many Bollywood projects are in the making, all set to be released in 2022. Projects such as Jug Jugg Jeeyo, Govinda Naam Mera, Kuttey and Bhool Bhulaiyya 2 have all of us at the edge of our seats. I personally have been eagerly looking forward to Puri Jagannadh’s Liger as it has been the talk of the town for a while now. The movie features actors such as Vijay Deverakonda, Mike Tyson, Ananya Panday, Ramya Krishnan, Ronit Roy, Vishu Reddy, Makarand Desh Pandey and Getup Srinu. Finally, the first glimpse of Liger is here and it looks intense, to say the least.

Vijay Deverakonda reportedly plays the role of a kick-boxer with a stutter and has trained really hard on his physique for this role. And the hard work has clearly paid off because I cannot take my eyes off him in the Liger first glimpse video. According to reports, he even went to Thailand to train in martial arts, now that’s dedication! This movie marks Vijay Deverakonda’s pan-India debut.

Liger is going to be released in 5 languages which are Hindi, Malayalam, Telegu, Tamil and Kannada. Karan Johar (who is the producer of this movie) commented on the multiple language release writing, “Stories are not bound by languages anymore, their richness is quantified by their entertainment quotient, the places they take you and the way they make you feel at the core.”

Also Read: “None Of Her Promos Have Really Excited Me,” Neha Sharma Candidly Talks About Her Opinion On Ananya Pandey’s Movies

While Ananya Pandey wasn’t seen in the video, I am looking forward to the starlet’s appearance and performance in Liger. We see Ronit Roy in the video and while he is a side character, his performances so far tell me that he is going to leave a mark on the audience with his presence.

Clearly, the Liger first glimpse has left my adrenaline rushing and wanting more. I cannot wait to see the whole trailer and see more of Vijay Deverakonda and Ananya Panday and their chemistry together. Liger is going to be released in theatres worldwide on August 25 2022.