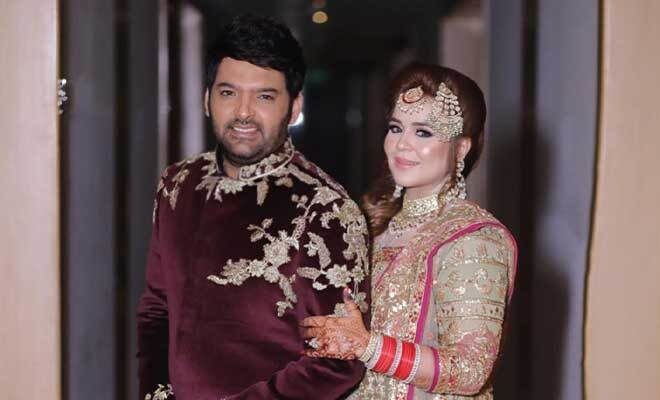 Kapil Sharma is undoubtedly one of the most popular television personalities right now. He is a stand-up comedian, television presenter, actor, and producer. He is known for hosting the hit comedy show The Kapil Sharma Show and previously hosted other comedy shows including Comedy Nights With Kapil and Family Time With Kapil. He made his Bollywood debut with the film Kis Kisko Pyaar Karoon directed by Abbas Mustan. In 2018, he tied the knot with his ladylove Ginni Chatrath in Jalandhar in a grand wedding. And they’re proud parents to a daughter and a son. Recently, the comedian, who will be seen in a Netflix comedy special I’m Not Done Yet, opened up about his love story and revealed that at first, he felt his relationship with then-girlfriend Ginni wouldn’t work.

In 2018, Kapil Sharma and Ginni Chatrath got married on December 12. They have two kids together – daughter Anayara Sharma and son Trishaan Sharma. Talking about their love story in an interview, he revealed how Ginni made the first move and admitted that she likes him. However, because of their class differences, Kapil thought that there was no chance that their relationship would work out. “I found out that madam started liking me, so I explained to her that the car you come in costs more than what my entire family put together is worth! So, it just wouldn’t be possible between us…” Kapil said.

Talking about his love story, Kapil mentioned that he was Ginni’s senior in college and how she became his assistant as he participated in extracurricular activities for pocket money. “Ginni was in a girls’ college in Jalandhar doing her graduation, 3-4 years my junior, and I was in a co-ed college studying for a PG diploma in commercial arts. For pocket money I would participate in theatre, and visit other colleges. She was a really good student of mine. Now, of course, she’s become my teacher after marriage! She was good at skits and histrionics, so I made her my assistant,” he told in an interview with The Man magazine.

The comedian is making his OTT debut with an upcoming Netflix comedy special, titled Kapil Sharma: I’m Not Done Yet. In the trailer of the show, Kapil asks wife Ginni a question and her sassy reply to it is easily the highlight of the trailer. He questions her, “Ek scooter wale ladke se kya sochkar pyaar kia that?” To which she responds, “Maine socha paisey waley sey sabhi pyaar kartey hain, main is gareeb ka bhala kardu.” You know a marriage is going quite splendidly if the humour in it is still alive! Kapil Sharma: I’m Not Done Yet will drop on Netflix on January 28, 2022.