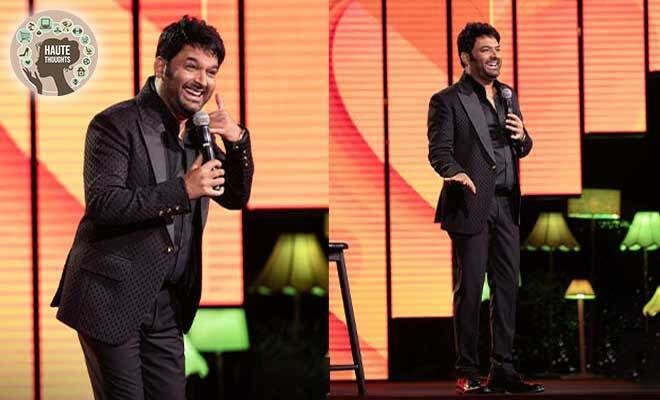 5 Thoughts We Had About ‘Kapil Sharma: I’m Not Done Yet’ Trailer: Excited To See Him Get Sassed By Wife Ginni Chatrath

Fun fact about me – it’s very easy to make me laugh. I’m the kind of person who can laugh at literally anything no matter how lame it is (so, if I don’t laugh at your joke, then it’s just not good). And I love laughing – especially out loud. In fact, that is probably one of the reasons why I follow certain comedians and watch stand-up specials as my life depends on it. Which is why I was super super excited to hear that Kapil Sharma is collaborating with Netflix for a stand-up special. I mean, Kapil Sharma has been tagged as a TV entertainer but seeing him reinvent himself into a stand-up comedian is something I’m eagerly looking forward to. And this eagerness just went up a notch when Netflix dropped the trailer of Kapil Sharma’s stand-up special – I’m Not Done Yet. Yep, and it looks goooood!

I’ve always seen Kapil Sharma as a comedian who goes by the script, so now watching him do a whole stand-up special is something that I never imagined. But from the trailer of I’m Not Done Yet that Netflix just dropped, one thing is clear – that it is going to be unique and of course, funny! The comedian even took to his Instagram to share the trailer of his upcoming stand-up special.

In fact, while watching the trailer I had 5 thoughts that infiltrated my brain – the thoughts are about Kapil Sharma, his trademark banter, his family, his tweets (of course), and more. Want to know what they are? Well, read them below:

1. Same-old Kapil, but in different packaging?

It looks like Kapil Sharma on TV. It sounds like the Kapil we know. And yet, there’s something different about this one. Is it the amping up of self-deprecating humour, or perhaps the lack of any cross-dressing or costumed supporting cast, but I think this pure, unadulterated Kapil Sharma is what we’ve been missing for quite sometime now.

2. Comedian husband paired with a savage wife is the best combination 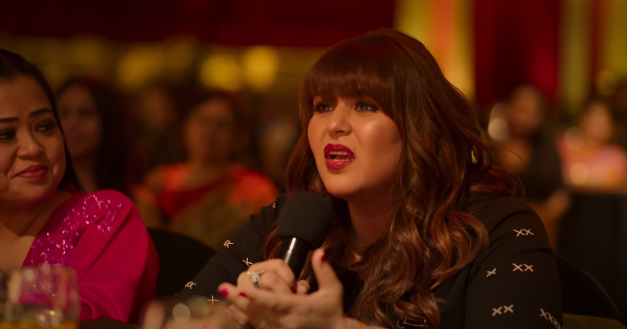 Kapil Sharma in I’m Not Done Yet opens about his family life and his wife in the most hilarious way possible. But somewhere in the middle of the trailer, it is his wife – Ginni – that steals the show with a comeback that shuts the comedian up for good! I was kinda done with the sexist jokes he often cracks in The Kapil Sharma Show, so it is cathartic to watch his wife give it back to him. Speaking of, it’ll be interesting to see if this turns out to be a sexism-free comedy set from Kapil. If it is one, can he continue the streak on his TV show as well, please?

3. His lucky charm is in the audience, and so are his friends!

Kapil Sharma’s mother, who is an ever-smiling presence in the audience The Kapil Sharma Show, is here too! Ab toh hit hona hai hai! But it was also heartwarming to see Kapil’s comedian friend Bharti Singh sitting right next to his wife, and enjoying the show. Bas ab ek Archana Puran Singh ki kami hai!

Just like sending drunk texts to their exes is a thing my friends love doing, Kapil Sharma loves drunk tweeting – both equally dangerous. Honestly, I loved the way he set up the entire joke on his incendiary tweeting while having a few pegs of Jack Daniels, Absolut, Black Label, and some more maybe (?).

In the trailer of I’m Not Done Yet, Kapil Sharma expresses his wish to push himself beyond his limits and reinvent himself. He talks about how he wants to constantly push his creative genius and that he won’t be done until he is done. Truly, I love his spirit. 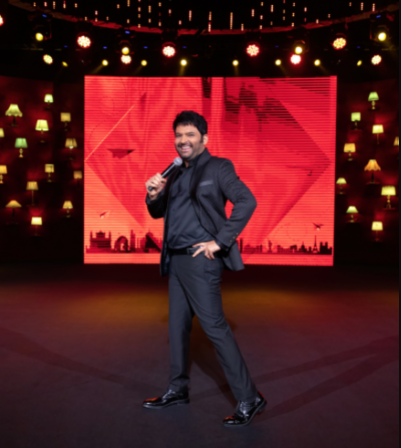 Credit where it is due, Kapil Sharma and his expressions can definitely turn around a joke that is not working for the audience. And that’s something that is quite visible in his stand-up special as well and is also something that I’m waiting to watch.

Honestly, it’s been a while since I’ve come across good stand-up specials by an Indian comedian and I have a feeling that this might just change that. I have a strong feeling that with this one, the comedian and actor will take everyone by surprise!

The Fault In Our Comedy Stars: The Kapil Sharma Show Needs To Change Its Sexist, Body-Shaming Brand Of Humour