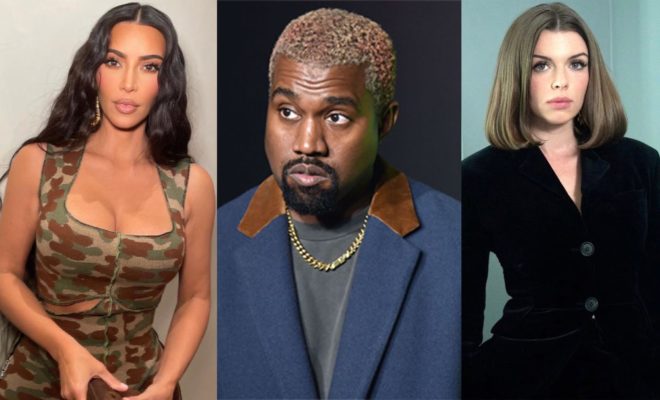 Celebrity breakups can be weird, I mean just look at Kim Kardashian and Kanye West. We all know that post their divorce announcement, the duo parted ways and continued to date other people. While Kim Kardashian went out for date nights with Pete Davidson, Kanye did some iconic stuff with Julia Fox (that denim-on-denim look is ruined forever). And now this new twist in the ex-couple’s kahani is shocking and kinda surprising too. In today’s taazaa khabar, Julia Fox shared that she broke up with Mr West. Yes, shocking right? Confirming about their break up post a two-month-long relationship, Julia took to her Instagram handle and shared, “Y’all would love if I was soooo upset! The media would love to paint a picture of me as a sad lonely woman crying on a plane by myself, but it’s NOT TRUE!! Why not see me for what I am, which is a #1 hustler. I came up y’all lol and not only that but Kanye and I are on good terms! I have love for him but I wasn’t in love w[ith] the man Jesus Christ what do u guys think I am 12 years old? And for the record, the only time I cried in 2022 was on Feb 6th on my dead BFF bday.” 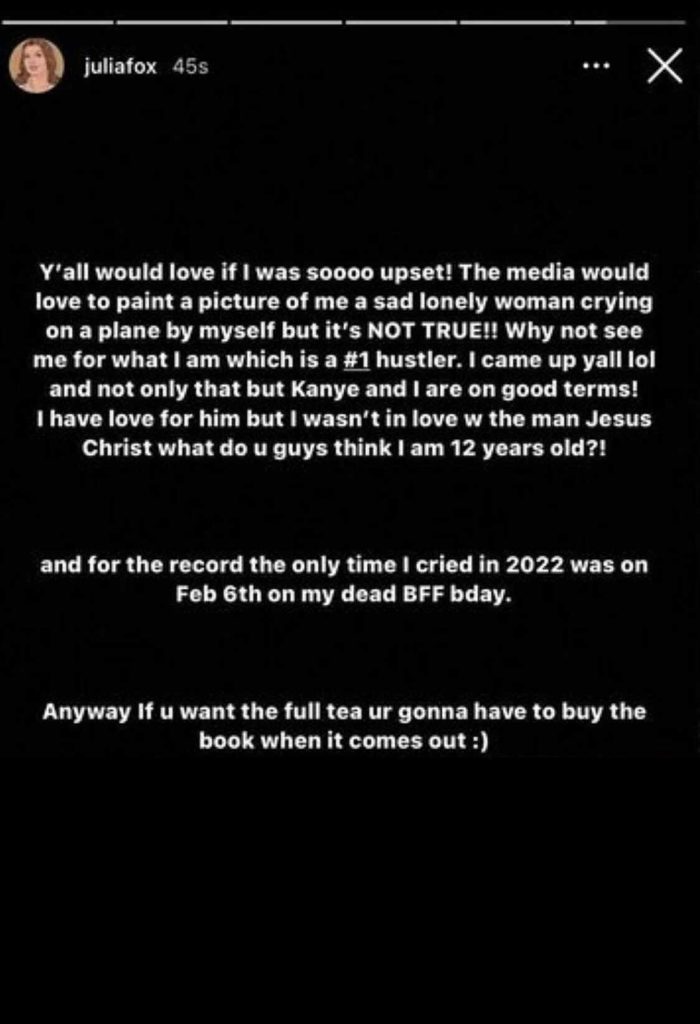 She further added, “Anyway if you want the full tea [you’re] gonna have to buy the book when it comes out” (wow now that’s a great plug).

However, the rumours of their alleged break-up floated a week prior, but we had to hear it from Ms Fox herself. But wait, this is not it, you guys. Kanye did something OTT, which is kinda his territory and that to me is even more shocking. The man, post his breakup, sent truckloads of red roses (literally) to ex Kim, who is currently dating Pete Davidson. And after this I can imagine Kanye singing the Salman Khan song, “Teri Meri Love Story Ka Angle, Yaad Karegi Duniya Pal Pal, Is Angle Mainn Hain Triangle.” 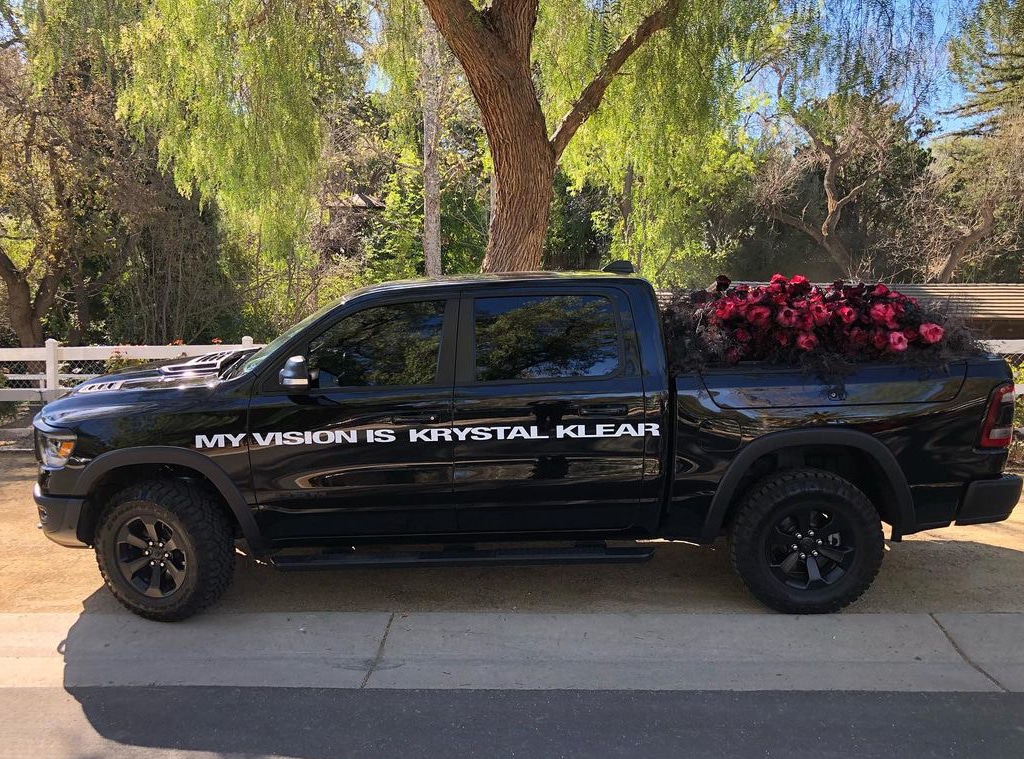 Now, you’ll ask how do we know? It’s Kanye who helps us with the roadmap to what he is upto.  The guy shared on Instagram (which he later deleted, as usual) a picture of a black truck full of red roses, which said “My vision is krystal klear,” (Oh, we gotcha!) (*Wink*). He also tagged Kim in the post that he shared yesterday on Valentine’s Day, causing many to wonder if this special delivery was heading for her house. It is unknown if the roses were actually delivered. All of this happened hours after he posted a screenshot of Kim Kardashian with Pete Davidson who arrived at Lilia restaurant in Brooklyn, New York on February, 12. He further wrote that he does not have “BEEF” with Kim and that he “LOVES” his family. He continued by proclaiming that he has “FAITH” that he and Kim will be “BACK TOGETHER.” 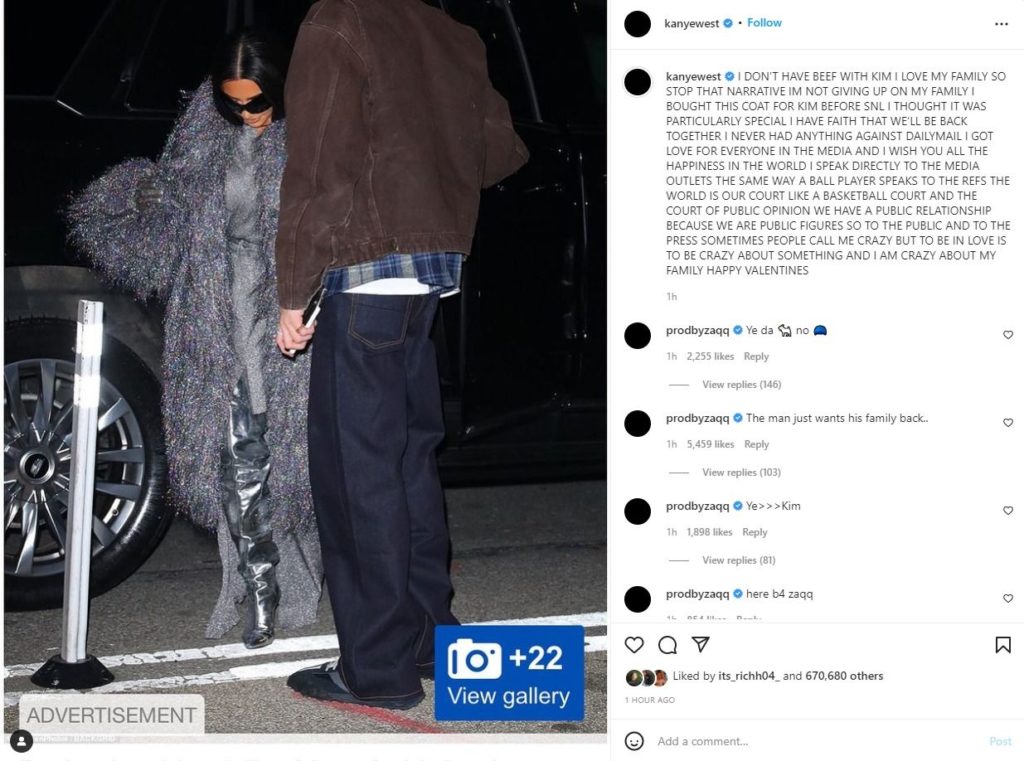 A post shared by Exhibit A Magazine by ONFEMME (@exhibita_lk)

Oh God, now that’s getting messier. It was only a week ago when Mr West accused Kim of allowing their kids to use Tik Tok, which further turned into an ugly public dispute. And now you send her flowers? Kanye definitely has got his vision Kim and Klear, but we still wonder, ‘yeh rishta kya kehlata hai?’

Earlier in January 2021, Kim Kardashian officially filed for divorce from Kanye and cited ‘irreconcilable differences’ as the cause of divorce and agreed to joint custody of their four children.