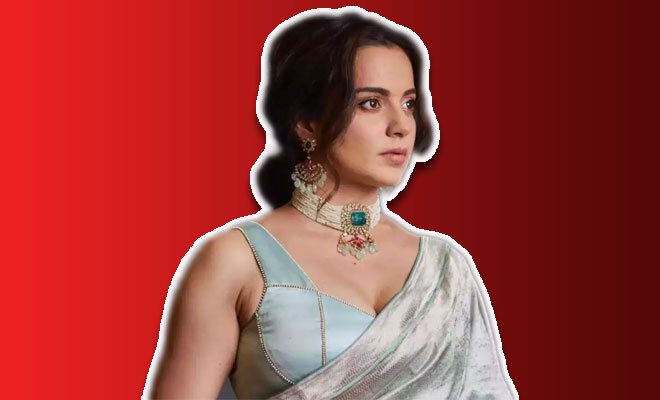 We are all aware of Kangana Ranaut’s outspoken nature. The actor is known to be quite expressive on any and everything that goes around. In her recently released trailer of Dhaakad, Kangana can be seen in a very new and different role, compared to her past choices. The action-packed movie shows Kangana Ranaut as a fierce woman carrying guns and pulling off some impressive martial art stunts. Although Kangana seems to have done a good job in the trailer, the actor was apprehensive to take up a movie such as Dhaakad. That does not sound like Kangana, right? She also revealed her ideas of doing a superhero movie and they are worth knowing.

In a recent interview with ETimes, Kangana was questioned about whether or not she would like to play a superhero character for a movie. If yes, will it be an inspiration from Hollywood or an adaptation of Indian mythologies? A patriot that Kangana is,  promptly replied saying that she would go with an Indian approach. She also shed some light on her ideas about Hollywood superhero movies. Seems like Kangana is of the opinion that Hollywood superheroes are borrowed from that of our Vedas.

Yes, she also went on to give some examples to back her opinion. Like Iron Man’s armour is related to Karan’s armour from Mahabharata, and Thor’s hammer is much like Hanuman’s gada (mace). The Dhaakad actor also mentions that Vedas are an inspiration to the Hollywood superheroes and even they acknowledge that.

She revealed her definite plans of doing a superhero movie but it will be original and not something inspired by Hollywood.

Would you like to see Kangana in a superhero movie?