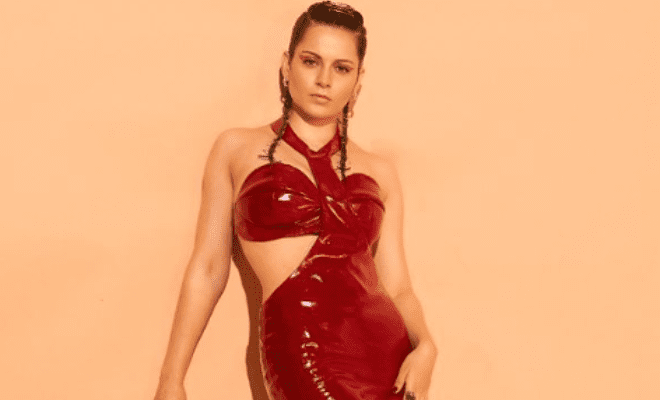 Bollywood actress Kangana Ranaut is currently gearing up for the release of her upcoming film Dhaakad. It is no secret that she is known to voice her strong opinions on matters fearlessly. Kangana also receives a lot of flak for her thoughts on social media but that does not deter her either. Apart from this, she is also known to guard her personal life fiercely! But recently, in an interview, the Tanu Weds Manu actress revealed the reason why she is unable to get married and to be honest, the reason is quite hilarious!

As per reports, in an interview with Siddharth Kannan, the 35-year-old actress revealed that she is unable to get married because there are rumours surrounding her. She was asked if she is like her reel-life character Agent Agni from the film Dhaakad in real life to which she replied by saying that that is not how it is! As can be seen in the trailer of the film, Agent Agni is seen beating and bashing the bad guys to a pulp, Kangana asks in return whom she will beat up in real life.

She also went on to say that she is unable to get married because there are people who are spreading rumours about her. Siddharth then went on to ask her if this is because she appears to be a very harsh and tough person and Kangana Ranaut jokingly says there are rumours about her that she beats boys up! Although Kangana meant this as a joke, it is not difficult to imagine her beating someone up!

The cast of Dhaakad also includes Arjun Rampal, Divya Dutta and Saswata Chatterjee essaying supportive characters. The movie is slated to release on May 20, 2022.