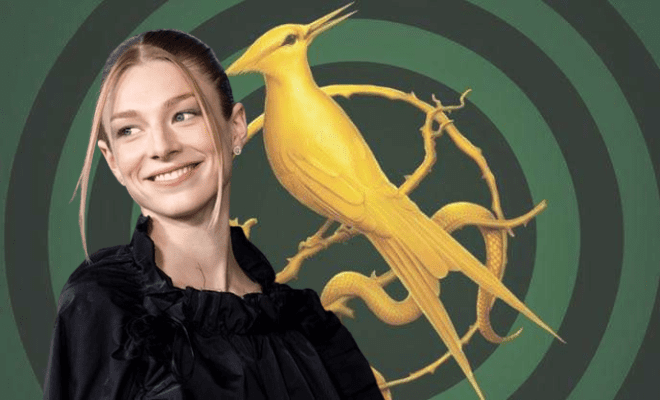 ‘Euphoria’ Actor Hunter Schafer Is All Set To Join ‘The Hunger Games: The Ballad Of Songbirds and Snakes’. Welcome To The Capitol, Hunter!

As we all know, the entertainment world is full of competition and it’s no less than a game. The actors have to give their best to maintain their place in the competition and to star in a hit film franchise sounds like a perfect opportunity, right? And looks like actor Hunter Schafer aka Jules from Euphoria is ready for the big game as she will be joining the cast of The Hunger Games prequel titled The Hunger Games: The Ballad Of Songbirds And Snakes as Tigris. Welcome to the Capitol, Hunter!

On Thursday, the makers of the films blessed us by announcing that Hunter Schafer will star in their upcoming prequel of The Hunger Games series, The Hunger Games: The Ballad Of Songbirds And Snakes. In the movie, she is going to portray the role of Tigris Snow, she is the eldest cousin of Coriolanus Snow and his close confidant. So, Jules Vaughn is all set to step out of East Highland High School and enter Panem, we are so excited!

Also Read: Euphoria’s High-On Glam Makeup Looks Have A Deeper Meaning And Here’s What We Know

Meanwhile, the cast of the highly-anticipated prequel also includes Josh Andrés Rivera as Sejanus Plinth, Rachel Zegler as Lucy Gray Baird, and Tom Blyth as Coriolanus Snow. According to the reports, Jennifer Lawrence aka Katniss Everdeen will also return to the franchise.

The Hunger Games: The Ballad of Songbirds And Snakes will release in theatres on November 17, 2023. We are ready for this game to begin!

‘Euphoria’ Actor Dominic Fike Says He Has Visions of Amber Heard Hitting Him, Gets Slammed For Romanticising Abuse