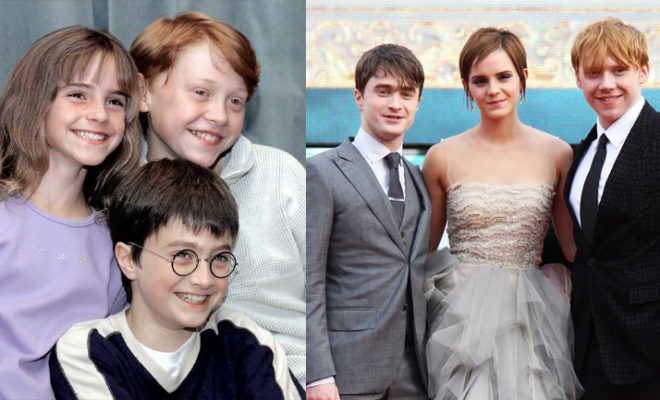 There are some movies that we all grow up with and have severely impacted us. For me, those two major movies have been all the Marvel superhero movies and the Harry Potter series. Where the former made me want to be a superhero, the latter made me believe in magic. Harry Potter did not just make me want to be a wizard, but it also took me to a whole different world of magic that I had just gone to in the books. Honestly, I had never seen eight movies quite like them. And the best part about them was the fact that the actors and characters were growing alongside me, which made the movies even more relatable. And ever since the last Harry Potter movie came out, I have been on the lookout for such movies and have almost always come up empty-handed. So, imagine my delight when I heard that the actors Daniel Radcliffe, Rupert Grint, and Emma Watson are all coming together for a Harry Potter 20th anniversary reunion special!

After the Friends reunion episode, we have one more reunion to look forward to – the Harry Potter reunion! And yes it will feature the wizarding trio of Harry, Ron and Hermion—Daniel Radcliffe, Rupert Grint, and Emma Watson.

Why the Harry Potter reunion, you ask? Well, do we, Potterheads, need a reason? If you do, then the reason is that it is their 20th film anniversary. And in order to celebrate it, HBOMax has announced a reunion of the cast that will air on HBOMax on January 1st, 2022.

To announce the reunion, HBOMax took to their Instagram account and shared the news with their followers. The caption read, “ For the first time ever, the legendary cast returns to where the magic started. Harry Potter 20th Anniversary: #ReturnToHogwarts, streaming New Year’s Day, only on HBO Max. International release coming soon.”

Also Read: Harry Potter And The Hunger Games – How Our Favourite Books Are Actually Reality Checks

Also Read: J.K. Rowling’s Transphobic Tweets Are A Disservice To Her Own Work And It’s Got Harry Potter Fans Miffed

In fact, even Emma Watson took to her Instagram account to share some of her best memories of Harry Potter and Hogwarts. In the caption, she declared her love for Harry Potter and also revealed that Hermione was her favourite fictional character of all time.

I don’t know about you guys, but I cannot wait to see the legendary cast reuniting after two decades! I’m holding my horses till then. Also, happy 20th-anniversary, Potterheads!