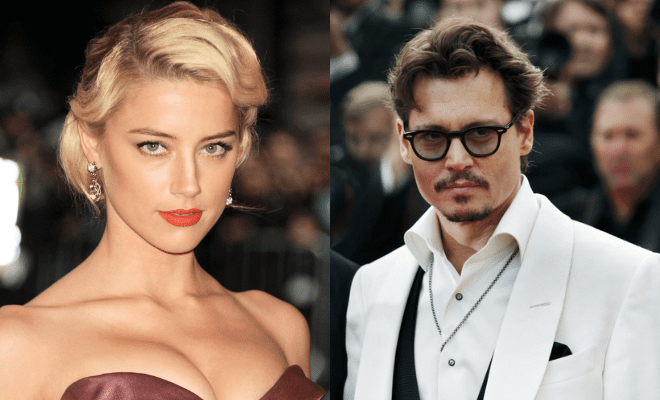 I feel like it is safe to say that the defamation case of Amber Heard vs. Johnny Depp was one of the most significant moments in Hollywood history. After the favourable verdict, Depp was seen pursuing his music and having a good time. And just when we thought it was all over, news has cropped up that Heard has filed an appeal against Depp saying that the jury made a mistake.

Amber Heard has filed an appeal against her ex-husband Johnny Depp’s defamation judgement. Johnny Depp was given more than $10 million in damages after a seven-person jury’s decision on June 1 that overwhelmingly sided with him. They ruled that Heard defamed Depp in a 2018 op-ed about surviving abuse, albeit she did not name him. Furthermore, on one of her three defamation countersuit allegations, the jury granted her $2 million in damages.

Heard’s lawyers filed a notice of appeal in the Circuit Court of Fairfax County on Thursday morning, making her intention to challenge the Virginia verdict official. Heard’s spokesperson said that they felt that the court made mistakes that prohibited a just and fair verdict in accordance with the First Amendment. She added that they are appealing the decision. They further added that they recognise that the filing may cause a frenzy on Twitter, but they want to ensure both fairness and justice.

The development comes one week after Judge Penney Azcarate refused Heard’s plea for a mistrial over an issue regarding one of the jurors who did not appear to be the one summoned for jury duty from their household. The judge stated that there was no proof of dishonesty among the jury members and that Heard’s team had weeks to speak out about the error rather than waiting until after an unfavourable decision. Before the judge’s ruling, Depp’s lawyers had responded to the post-trial motion with identical grounds.

When the judge issued the judgement late last month, she stated that the damages would be subject to a 6% annual interest rate and that if Heard were to appeal, she would be required to post a bond for the full sum of the damages she owes.

Her lawyer, Elaine Bredehoft, stated in a TV interview the day following the decision that Heard wanted to appeal and that the actress could not afford to pay the damages figure. In closing arguments, Bredehoft noted that Heard had racked up $6 million in legal bills by that stage in the trial. In a later televised interview, Depp’s lawyer Benjamin Chew stated that the case was never about money but more about getting his name cleared, which he did.

In the weeks following, Depp has been touring internationally with Jeff Beck, with whom he recently released an album. Heard spoke with NBC News’ Savannah Guthrie in a sit-down interview, saying she stands by every word of her testimony and has “no ill will” against Depp. On the other hand, Heard is battling her insurance company over who is responsible for paying her court bills, and Depp negotiated a pre-trial settlement with a crew member from one of his films who accused him of assault, which he denied.

Women In Poland Take To The Streets To Protest Against The Government’s Near Total Ban On Abortions. Women Need Their Choice Back!