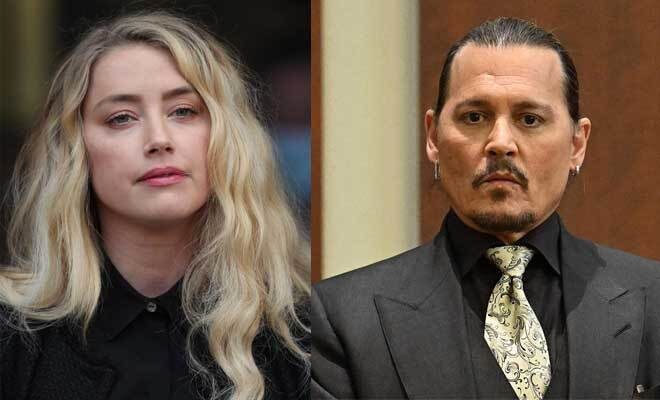 A lot of things have been revealed ever since the Johnny Depp and Amber Heard defamation case started. In fact, in the most recent update, a psychologist came out and testified against Johnny Depp claiming that he physically and sexually assaulted Amber Heard. After this, it was Amber Heard who took the stand and testified in court about the first time the actor allegedly struck her as well as many other incidents of his drug use and physical violence. She went on to say that this ongoing defamation case has been the most “painful” thing she has ever gone through in her life.

Amber Heard, in her testimony, spoke about the incident she will never forget – the time when Johnny Depp hit her for the first time. She revealed that she believed Johnny was doing cocaine at the time and that there was a “vintage jar” of the drug.

Speaking about the incident, Amber said that the two of them were sitting on the couch and claimed that she had been laughing about the ‘Wino’ tattoo he had on his left arm after which Johnny Depp allegedly went ahead and slapped her hat across the face.

As per reports, Amber Heard said, “I just laughed because I thought he was joking. And he slapped me across the face. And I laughed. I laughed because I didn’t know what else to do. I thought this must be a joke. I didn’t know what was going on. I just stared at him.” She also went on to say that the Pirates of the Caribbean actor did apologise to her after which they reconciled.

Also Read: Amber Heard’s Psychologist Claims She Suffered From PTSD Due To Sexual And Physical Abuse By Johnny Depp

The actress even gave a detailed account of an incident that took place in 2013 when Johnny Depp did a “cavity search” on her without her consent when he allegedly thought that she was hiding her cocaine.

Throughout her testimony, the Aquaman actress maintained that her relationship with Johnny Depp continued to escalate into violence and also claimed that he used to shove her, push her, and hit her. However, Depp has denied all the allegations of using physical violence in his testimony.