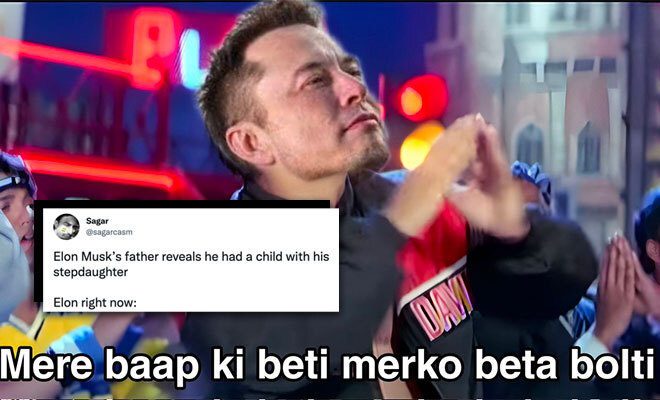 Well, I will admit the fact that the Tesla and SpaceX owner – Elon Musk and his atrangi family never fail to surprise us but this time they have literally crossed all the limits, to be honest, and I am not even exaggerating. Recently, the father of Elon, Errol Musk confirmed that he is the father of his step-daughter’s two kids and the second baby was unplanned. And you should know that he raised his step-daughter since she was only four years old, so the news is quite cringe-worthy for most people. And as we all know, Twitter users have opinions on anything and everything, they are going nuts apparently. Their family tree is too complicated!

In a recent interview, Errol Musk – Elon Musk’s father confirmed that he has two children with his 35-year-old step-daughter, Jana Bezuidenhout, who is the daughter of his second wife, Heide Bezuidenhout. Well, we don’t know about Elon Musk’s opinion on this news but Twitter is filled with reactions and the users have surely started a meme-fest on the platform. The world is going crazy and how!

The Twitter users are expressing their shock through hilarious memes because comedy has become our coping mechanism apparently.

Elon musk’s dad had a baby with his step daughter pic.twitter.com/xUjoWXo2hP

Elon Musk dad pulling up to the family dinner on thanksgiving pic.twitter.com/SazJZyvJI3

Good morning to everybody except Elon Musk's dad. pic.twitter.com/RZW3CtJrk5

Also Read: Who Is Jana Bezuidenhout, Step-Sister Of Elon Musk Who Has Children With His Father Errol Musk?

Soooooo… Elon musk’s dad just had a baby with his own stepdaughter? Whom he raised since she was 4? And it’s not the first time? Wow. WTAF is going on? pic.twitter.com/fX2ELBUjWA

Well, jokes apart, Errol Musk having two kids with his own step-daughter is problematic on so many levels and how can he justify his action by saying that we are on Earth to reproduce, he is a very problematic human being, to be honest!