Singer Demi Lovato Has Come Out As Non-Binary. Here Are 6 Other Celebs Who Recently Embraced Their New Gender Identities 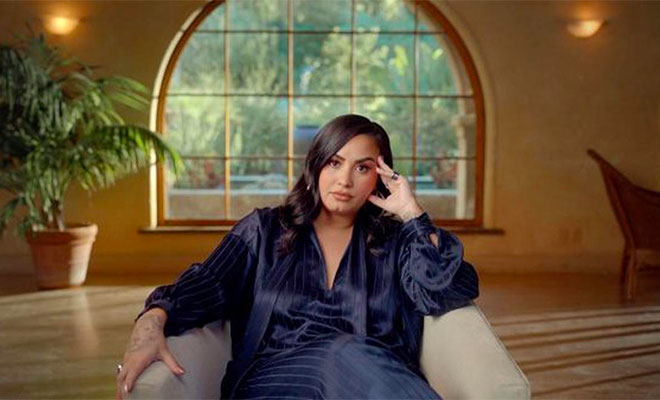 Demi Lovato has had quite a journey in the past couple of years, much of which  has revealed in their documentary Dancing With The Devil that premiered at the SXSW 2021 Film Festival in March. Around the same time, they came out as pansexual. And now, the 28-year-old singer and former Disney Channel star, in a series of tweets, has revealed that they are non-binary, and would be changing their preferred gender pronouns from she/her to they/them.

For those not clear on the terminology, non-binary or genderqueer is an umbrella term for gender-identities that do not conform to male or female, I.e. they are outside the binary gender identities.

Lovato wrote in their tweet that they are doing this for those who haven’t been able to come out to their loved ones.

It’s pretty amazing that Demi was able to speak her truth and can finally be their unfiltered, unabashed self without having to hide anything. The fact that public personalities are under constant scrutiny is often the reason for them to not be open about their personal lives and preferences. In fact, in a recent interview. Kate Winslet had said that young Hollywood actors are afraid to make their sexuality public because they feel they won’t get straight roles if they do that.

And yet, it is amazing that more and more celebrities are finding the confidence to embrace their gender identities and sexual preferences in front of the world. Not just for their own mental health and happiness, but this coming out is often an inspiration for their fans and followers too, who might feel empowered to come out themselves, or if not take the big step, at least explore and embrace their truths and not feel alone.

Here are 6 other celebrities who recently opened up about their non-binary gender identities:

In December 2020, the Inception and Umbrella Academy actor, who had come out as gay in 2014, announced on their social media pages that they describe themselves as transgender and non-binary, i.e., they identify as neither man nor woman. Page uses he/they pronouns.

Page received an outpouring of support, much like Demi Lovato, from fans and industry peers. It was heartwarming to see that within hours of their revelation, their acting credits on entertainment and information portals like Wikipedia, IMDB, Netflix, and more were promptly updated to Elliot Page, as it should be.

Also Read: Juno, Umbrella Academy Actor Elliot Page Comes Out As Transgender In A Post We All Need To Read

The American singer, songwriter and actor had come out as pansexual in 2018. But in January last year, when a social media hashtag trend was raging on Twitter in support of non-binary people, the Antebellum star tweeted with #IAmNonBinary.

With no explanation offered, the internet blew up with news that Janelle Monáe identified as non-binary. However, a month after the tweet, she told The Cut, “I tweeted the #IAmNonbinary hashtag in support of Nonbinary Day and to bring more awareness to the community. I retweeted the Steven Universe meme ‘Are you a boy or a girl? I’m an experience’ because it resonated with me, especially as someone who has pushed boundaries of gender since the beginning of my career. I feel my feminine energy, my masculine energy, and energy I can’t even explain.”

She uses she/her pronouns but doesn’t mind if people use they/them pronouns to talk about her as well.

If you’re a Chilling Adventures of Sabrina fan like me, you probably get all mushy over Theo Putnam’s character arc too! The 20-year-old actor who plays Theo, Lachlan Watson has also come out as non-binary and pansexual, and is one of the youngest actor in the industry to do so. 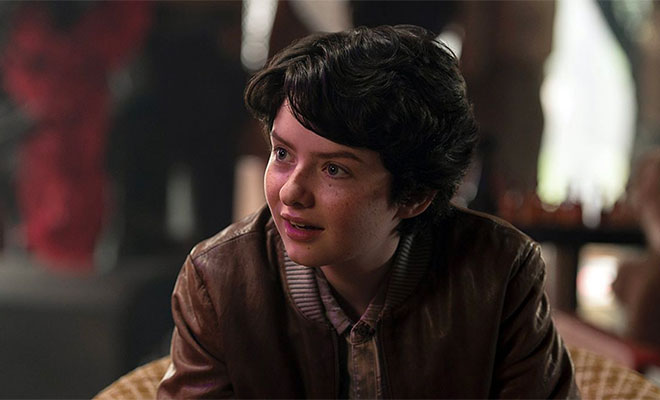 The actor, who goes by they/them pronouns, opted to get top surgery, a procedure to remove their breasts to achieve a look more consistent with their sense of self.

In a 2018 interview with MTV, Lachlan Watson said something really noteworthy about queer journeys, “It’s interesting to me that we, as a society, perceive queer journeys as a person going from Point A, which is suffering, to Point B, which is happiness, and it’s like, no queer journey I’ve ever experienced or no queer person I’ve ever talked to has experienced that ever. Like, there is no Point B. That’s sort of why I call it ‘gender freedom’ as opposed to gender fluidity, because instead of fluctuating between two options or three options or four options, you’re just sort of free. I’ve found it a really beautiful thing to just not limit myself as much as I used to.”

Also Read: Oxford Dictionary Changed The Definition Of “Woman” To Be More Gender Neutral And Less Sexist. We Are All For This!

In 2019, in an interview with Jameela Jamil for the first episode of Instagram series ‘I Weigh’ the Oscar and Grammy-winning singer talked about coming out as gay at the age of 10, their issues with gender and even how it was closely associated with body dysmorphia.

It is during this interview that Smith embraced that they were non-binary. When asked what the term means to them, the singer, who has asked their fans to use ‘they/them’ pronouns for them, said,

“You are a mixture of all these different things. You are your own special creation,” he said. “That is how I take it. I am not male or female. I think I float somewhere in between — somewhat on the spectrum.”

They’ve also talked about considering sex change surgery but decided that it is not something they want.

The singer-actor has made a lot of headlines over the years with his ambiguous responses to questions about his gender and sexuality, and of course, the androgynous fashion choices. However, in 2019, he told The Face,  “What’s feminine and what’s masculine, what men are wearing and what women are wearing — it’s like there are no lines anymore,” he said, which roused speculation that he was being fluid. The ‘Watermelon Sugar’ singer also said that sexuality is something fun, and that he isn’t being ambiguous about it for eyeballs, but simply because he doesn’t wish to talk about it.

In a 2019 interview with Out, The Queer Eye star said, “The older I get, the more I think that I’m nonbinary — I’m gender nonconforming. Like, some days I feel like a man, but then other days I feel like a woman. I don’t really — I think my energies are really all over the place. Any opportunity I have to break down stereotypes of the binary, I am down for it, I’m here for it. I think that a lot of times gender is used to separate and divide. It’s this social construct that I don’t really feel like I fit into the way I used to.”

His gender pronouns are he/him/his, but Jonathan Van Ness has indicated that he is fine with being referred to as she/her or they/them as well.