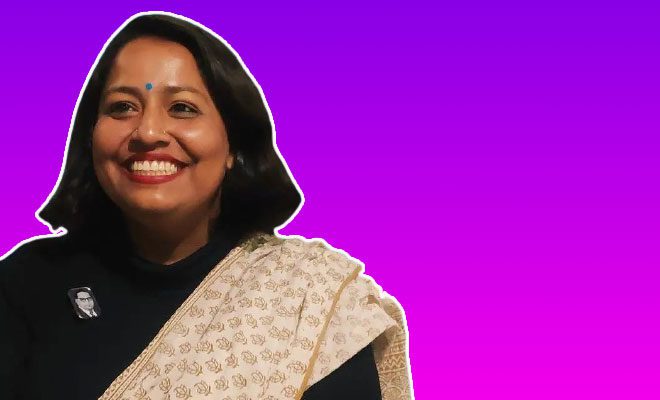 Just as there is white feminism in the West, which ignores and often undermines the issues of women of colour and persons from marginalised communities. We have our version of that in India, often referred to with the term Savarna feminism, which is a feminist movement that is led by upper-caste women, while completely ignoring the intersectionality of feminism, caste, class and sexual orientation. But there are those who have spotted this glaring flaw, and have been working tirelessly to plug the gap, and bring Dalit women into the fold of the feminist movement in India. One of them is activist and author Jyotsna Siddharth, who recently spoke about this subject at a UN Women event at the United Nations General Assembly (UNGA) in New York.

At a side event at UNGA, co-organized by UN Women and the National Alliance of Women’s Organisation in India, a major issue for the women in India, which is crucial for India’s true development, was being discussed—the integration of marginalised sections of the Indian society into plans for the country’s future. More importantly, the potential of Dalit women, which is currently barely being utilised, because the feminist movement cannot seem to look past securing just basic necessities for these women.

Jyotsna Siddharth said, “The narrative around caste has largely been male-driven; we rarely make the policy agendas with the people we want to make the agendas for. We need to make room for marginalized castes in feminism, and make room for gender and sexuality in the anti-caste movement.”

She also made an important point on how people from marginalised sections of societies are often only looked at as “beneficiaries” or groups that need to be developed, but never as a resource pool of talent, from whence can come scholar that can contribute to global discourse. It’s such untapped potential! According to Jyotsna, the conversation needs to incorporate not just lessons of the past generations but also solutions and learnings from the newer problems that the current generations face.

“I want young Dalit women to be a part of a society where they can voice their opinions and express their desires. The discourse needs to go beyond Dalit women being able to access basic amenities only, we need to give them resources, grants and scholarships so that they can dream of a life more than just basic,” she said.

As you read this, the 76th session of the UN General Assembly (UNGA)  is underway, where the world’s most powerful people are gathered to deliberate on things a number of issues, from climate change to poverty to nuclear armament. However, here’s something worth pondering over. Th UNGA opening event had just one female speaker. Of the 34 heads of governments that were speaking at the event, only one was a woman. In fact, as reported by Bloomberg, in her video address to global leaders, President Zuzana Caputova of Slovakia used part of her speech to focus on gender and human rights issues. She calling on the world leaders present to stand up for Afghan girls and women who are at risk from the new Taliban government in Afghanistan.

Unfortunately, as male-heavy governments continue to call the shots, it really is up to activists, writers, creators, artists, comedians and common people to effect change.