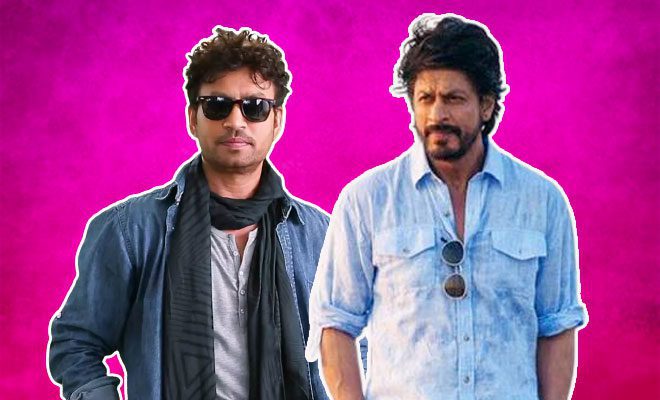 Here’s an interesting dilemma for you to ponder over. Women’s voices as creators have been stifled for too long. So no wonder, we see conversations about moving from the male gaze to the female gaze, more opportunities for female filmmakers, and the conversation around equal pay. But at the same time, to constantly say ‘women’ filmmakers, or ‘female’ writers is to also suggest a sort of special treatment which doesn’t make a case for both male and female to just be, normally and equally, artists. So how do we go about this? Well, one thing is for sure, that the way women see the world is different, because their perception is shaped by their experiences in relation to the world and their place in it. And when women write male characters for a hero-worshipping industry like Bollywood, there’s bound to be something special about that.

A tweet by Twitter user @sprihaxx made an observation that some of our recent favourite male characters on screen have been written by women. It features Shah Rukh Khan as Dr. Jehangir from Dear Zindagi, which was written and directed by Gauri Shinde; the late Irrfan as Rana Chaudhary from Piku, written by Juhi Chaturvedi; the boys from Zindagi Na Milegi Dobara, written by Zoya Akhtar and Reema Kagti and Fawad Khan as Prince Vikram from Khoobsurat, written by Indira Bisht and Juhi Chaturvedi.

The tweet has been getting much love from desi Twitterati, which seems to largely agree with the fact that women do tend to write male characters that instantly hit a chord with us. Again, nobody is saying they write them better than male writers. But these male characters, written by women, just happen to be different from the otherwise idealised macho heroes that we often see in Indian movies, which have mostly been written by men whether you consider Bollywood or the cinema down south.

These male characters are imperfect, flawed beings, but rarely toxic. And their relationships with women are the stuff of fantasy for many women who’re kinda done with he typical hero archetype that is way too ideal and never embraces his shortcomings, doesn’t cry, and hypes up his masculinity in many unhealthy ways. Men written by women are not afraid to show emotion either and were empathetic.

I just realised that all the fictional men that I absolutely loved were all written by women lol.
A perfectly normal human being with empathy, imperfectly perfect ❤️ https://t.co/mJ5NmTeCGU

What women expect men to be…but reality is so ugly https://t.co/PCojAq2ZKK

the fact that women don't write men portraying them to be some sorted ideal personalities or some sort of an object, unlike (not all) men writing female characters https://t.co/hYoqY1EQ4N

Desi Twitter loved the examples cited in the tweet, and some even threw up a few of their own favourite male characters written by women! I mean, Andrew Scott as Hot Priest from Fleabag, written by Phoebe Waller-Bridge? Yes ma’am! Or even Varun Dhawan as Dan in October, another film penned by Juhi Chaturvedi!

I loved these characters and kudos to the women for exploring the sensitive side of men, that even most male writer's couldn't bring out ❤️.
Films : Sir, A death in the gunj, Talaash and October. https://t.co/rgxOqXetxh pic.twitter.com/gAgi7linQw

Of course, there’s a certain level of fantasy to these men written by women too, because we rarely see them IRL. But hey, a girl can hope! And since real often imitates reel, a girl can write the kind of imperfect perfect men she wishes existed, in the hopes that real men get inspired and influenced!