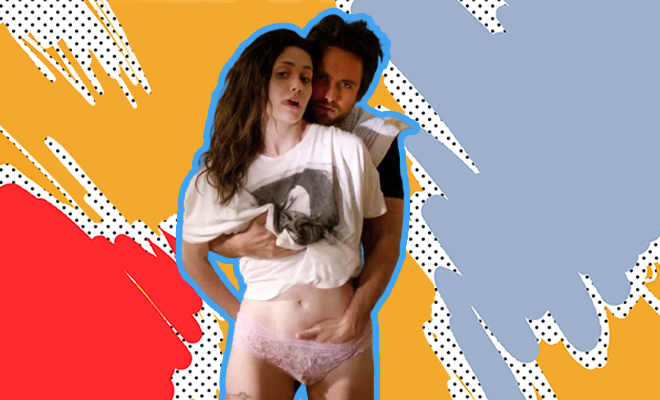 People Reveal What They Love About Period Sex

I mean, it is just blood. Plus, sex isn’t exactly for the fussy hearts. It is messy, super wet, and often full of embarrassing moments. But sex is fun too and that’s why we do it, irrespective of having to exchange saliva with another human or have their bodily fluids on our body.

If a woman can be okay with a guy coming on her tits, he should be okay with a little blood. But then again, sex isn’t business. And it’s important that the other person doesn’t feel they have to do things they aren’t comfortable with. For instance, when I was on my period, I asked bae if it freaks him out instead of dropping bloody bombs on him.

But if you ask people, they are not just okay with period sex, they pretty much love it. Someone asked on Reddit the reasons people love it and they got pretty candid with the answers.

“I wouldn’t force a man to deal with blood if they felt very put off by it, but I have to admit there’s something a little animalistic and sexy about a guy who doesn’t give a shit about your period and fucks you anyways,” a woman wrote.

Well, I guess it does feel a lot more raw and primal. And like the lady said, when he doesn’t get icky around your period, you like him a lot more and that makes it easier to get turned on. Period sex can be arousing!

“Never bothered me, I just laid a towel down and never went down on them. I wouldn’t say I find it particularly attractive but I don’t find it disgusting, if anything it is nice to have the extra lubrication as disgusting as that can sound,” another user wrote. Well, the lubrication does work! This one time my period started while I was in the middle of it and I was thinking I am just super extra wet. But that really did help!

“I love it. It’s slow and sweet between us since she’s usually really tender and sensitive from it. I also have a fetish surrounding it, so it’s definitely something I’m into. To me, it’s just messier lube that needs more preparation and aftercare,” another user added. Well, period sex feels both primal and sweet! And that is a rare combination.

“I have an FWB who.gets terrible cramps during her period, I feel sorry for her. One time she said sex helps relax and relieve the pain and asked if I’d help her out. So I did, strapped on the condom, and put a towel on her bed. She was much happier, I banged her a couple more times during that period. I’m now her cramp-reliving fuck,” a guy wrote. Another user added, “It makes the period a little more tolerable, helps me with the cramps, that sort of thing, but otherwise feels like normal sex. The fact that he’s willing, even excited to is kinda cute.” Well, anything that helps with the cramps.

A woman said she loves it because her partner is so comfortable with it. In fact, she rightly pointed out that period sex shortens your period and is quite a mood-lifter. She wrote, “I love that my partner doesn’t bat an eye if I’m on it when we have sex. It feels super relieving and makes the duration of it short. Takes away the pain and makes me happier. It gets quite messy so make sure you have a black thick towel!”

Why do we feel hornier on our period then? “During a normal menstrual cycle, most women will feel a libido surge during ovulation. This makes sense from a reproductive standpoint. The week of ovulation is the week you feel like a queen and could save the world,” Dr. Nicole Bullock told Insider. When you’re on your period, the estrogen and progesterone levels drop in your body and testosterone increases. Higher levels of testosterone are linked to a higher sex drive. This is why you feel hornier before and during your period. “Having increased sex drive during menses may not make sense from a reproductive standpoint, but maybe our great creator knew that. Maybe it’s for our relationship or just to feel good,” Dr. Bullock says.

I guess with so many people vouching for it, it is worth a shot. And the benefits they spoke about are pretty much legit. I think the pros outweigh the cons when it comes to period sex.

ALSO READ: 5 Myths About Having Sex On Your Period Busted